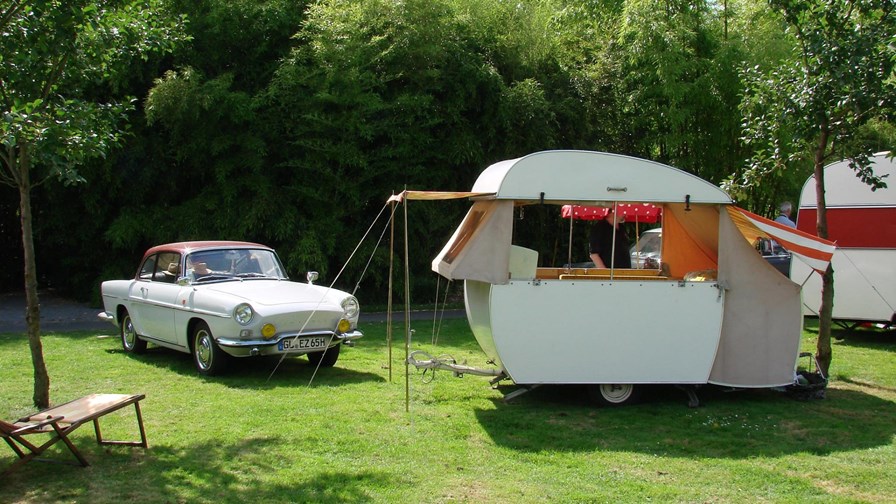 Ah camping! The great outdoors. Switching off from the grind of daily life, getting back in touch with nature, and spending some quality time with friends or family.

If the thought of all that makes you break out in a cold sweat, then Germany's probably the holiday destination for you this summer.

Vodafone is frantically adding LTE coverage to thousands of German campsites so that holidaymakers can enjoy high-speed Internet on their summer break, and is pushing customers – or would-be customers – to travel with its GigaCube wireless router, lest they should accidentally find themselves on holiday without 100 Mbps-plus Internet access.

"The small two-man tent has long since run out of time here," Vodafone Deutschland said, noting that camping has become a luxury affair, involving large motorhomes, streaming Netflix and the like on a large flat-screen TV. Using the GigaCube as a portable hotspot "allows the whole family to surf the Internet with their smartphones and tablets on their own private WiFi network via LTE or to stream the latest blockbusters with the GigaTV Net-Box," it said.

A group of people who presumably know and like each other, all huddled round their individual devices watching cat videos on YouTube and desperately trying to avoid the horrors of having an actual conversation, never mind engaging in any outdoor pursuits. Just like being at home, but with the added bonus of having to hike 200 metres to the latrines.

Vodafone has rolled out LTE to 2,500 campsites, or two-thirds of the sites in Germany. Furthermore, it has pledged to visit a number of campsites during the summer holidays with a specially-equipped motorhome to enable it to demo GigaCube and its GigaTV Net IPTV offering.

A press briefing? Now there's a tempting prospect while on holiday. Where's a nice friendly timeshare salesman when you need one?

We really are living in a world in which people no longer want to switch off and that's probably not healthy for mind or body.

To be completely fair, decent-quality mobile Internet access is a wonderful thing for the most part...even on a camping holiday. You'd be pretty grateful for an LTE connection if you found yourself wandering lost through the Black Forest with only an hour's daylight left, for example. But when that LTE connection means you're doing exactly what you would normally do back home, it's time to switch off for a bit.

We all need to wake up and smell the portaloos once in a while.

Or maybe I'm just bitter, toiling away in a sweltering office on a glorious summer's day when I'd rather be sinking a frosty Pilsner in a bucolic setting and breathing some fresh air into my lungs. Now if only there were some kind of portable high-speed Internet product that would enable me to do that whilst still getting some work done...