Diameter signaling: like performing Julius Caesar on an Aldis lamp? 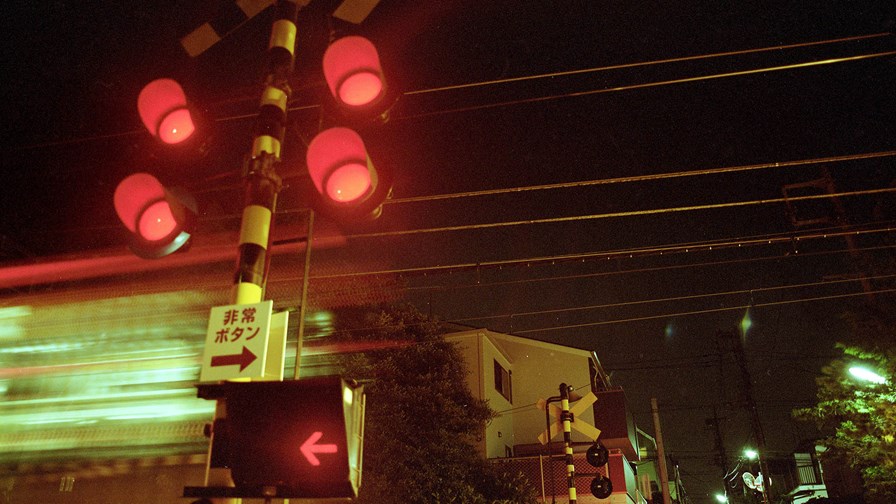 The unprecedented surge in data traffic carried by so-called '4G' is putting immense strain on LTE networks and Diameter, the agreed ETSI and 3GPP standard, may not be up to the job of managing the deluge of core network signaling as millions of subscribers take operator's advertising blandishments as gospel and, in their enthusiasm to use the new services, overload complex new networks.

These days most of us not only constantly speak and text on our smartphones, we also access the Internet and social media sites and watch videos and movies on them as well as video-calling and video-conferencing. It's the same with tablets and laptops and ebooks. And, of course, we leave VoIP or instant messenger apps and services open so that we can always and instantly see who's around and available for a chat. We are always connected to one another - via "the network".

But how often do we consider the resources necessary to enable such ubiquitous and easy communication? OK, I'm writing here for an informed audience who do know how things are, but for the bulk of the population the workings of the mobile comms technology they take so for granted might as well be magic as far as they are concerned.

Does that matter much? Probably not in the great scheme of things - in as far as that scheme of things used to be. But times have changed and as LTE becomes more available and users expectations are raised to the heights by remorseless, heady advertising promises, it is the network engineers in the background far away from the (alleged) glamour and sexiness of it all who have to sweat it out and struggle to make the marketing dream a reality.

And, at the moment, they are fighting a losing battle as punters who have signed-up to expensive long-term LTE contracts on the basis that they'll be able to access whatever they want and shift data whenever and wherever they feel like it find that often and in fact they can do nothing or the sort.

Tales of dropped, lost, truncated or simply unavailable '4G' calls and service are as commonplace as increasing consumer complaints about data transfer speeds and throttling. For many the LTE dream is, in practice, a stuttering nightmare.

That's because, hidden away behind the flummery that is mobile operator's Wizard of Oz curtain of bloated advertising, the data processing systems are chuntering away full-time, 24/7 - and wheezing as they are increasingly overloaded as subscriber data traffic increases almost exponentially.

If cellular all-IP networks are to support and manage the massive data traffic that their LTE services and applications require they need a signaling protocol that can support millions of subscribers at a time, all the time. That's a tough ask and this is where Diameter signaling comes in.

Chosen as a standard by the likes of the 3GPP and ETSI, Diameter is the only extant signaling protocol that, it is claimed, currently can manage the ceaseless deluge of core network signaling in a new and massively more complex environment comprising many more network elements than those needed for 3G.

Obviously, mobile operators also need solutions that are cost-effective and scalable and, with current standards, that means applying Diameter signaling to help manage and control the new complexity. These solutions include gateways to connect new elements to old ones and load balancers for that all-import scalability.

Hitherto, Diameter traffic wasn't that big a deal but as LTE/4G networks begin to proliferate Diameter signaling is coming under severe stress. For example, smartphones continually generate Diameter signaling messages in the core network when accessing an application, when downloading data, when roaming and whenever subscribers turn a smartphone off or on - all of which they do, constantly.

Now multiply that subscriber into millions (for example, in just one market, the UK, EE this very morning reported that it now has 2.9 million LTE subscribers and expects to have 6 million by the end of the year) and you begin to appreciate that bottlenecks and choke-points can not only slow and disrupt LTE networks but also have the potential to crash them altogether.

So, is Diameter signaling by itself enough to solve a growing problem? To find out I asked Robin Kent, Director of European Operations at UK-headquartered Adax, the packet processing, security, and network infrastructure for the All-IP network company.

He is unequivocal. Mr. Kent told me "While LTE is delivering on its promise of providing users with a quicker, more data-centric mobile broadband service, the backbone of the network is not being properly supported. Diameter signaling is now the bottleneck in LTE performance, because the transport that Diameter runs over is insufficient".

So, it seems fundamental issues with Diameter signaling are constraining the 4G/LTE network and the solution is becoming a problem. Are there alternatives? Is there a newer and better solution out there?

Robin Kent believes there is. He says the problem can be laid directly at the feet of the Diameter signaling standard and protocol. He told me, "While LTE is delivering on its promise of providing users with a quicker, more data-centric mobile broadband service, the backbone of the network is not being properly supported. Diameter signaling is now the bottleneck in LTE performance, because the transport that Diameter runs over is insufficient". Trenchant stuff.

Long Term Evolution, which is if course what the acronym LTE stands for, is exactly that - a standard, based on GSM/EDGE and UMTS/HSPA network technologies and using a different radio interface in concert with core network improvements, to permit evolutionary progression towards true 4G.

Thus network operators do not have to scrap their expensively constructed old networks and take another huge capex hit but instead can keep them and tweak them to provide 4G-like services and apps. That is one of the reasons LTE is increasingly popular and why the network signaling that manages data sessions and polices traffic policies is having to accommodate volumes and complexities that are drastically degrading performance and limiting growth. It's an untenable situation.

Some in the industry compare the complexities of Diameter signaling to the problems exhibited by Signaling System 7 (SS7) when the first mobile networks were introduced. SS7 was the source of many difficulties when it was first introduced but matured to become robust and reliable. The question is whether or not Diameter signaling can do the same?

For SS7's early problems pale into comparative insignificance when measured against the 77 different and unique Diameter signaling interfaces that are assigned to specific IMS and LTE network elements.

And then there's SCTP, (the Stream Control Transmission Protocol) that focuses on the transport and session layers rather than the network layer and operates on top of IP. It is important and is supported in the Linux kernel, but, Robin Kent contends, SCTP "just can't cope with the specific signaling needs that the LTE network demands. Larger volumes of data transfer and consumption mean that the strain on the network is being felt at various levels, and critical, evolved signaling and transport solutions are needed to match the demands that are being placed on the network".

He adds, "The emergence of new technology usually breeds other new technologies, largely by way of support, but with recent network developments and the uptake of LTE, current signaling transport technology is no longer sufficient because of the data pressures that are being placed on the network. Transport protocols such as SCTP, in its existing form, are insufficient and operators have to address the problem that this will pose on LTE performance".

What is needed then is a strong, high-performing transport layer and Robin Kent is, understandably, quick to point out that his company's product, Adax SCTP for Telecom (Or SCTP/T) was designed specifically to meet the demands of LTE and IMS wireless networks for thousands of simultaneous connections. That said, and of course, Adax is not alone in seeking to provide answers to the overwhelmed Diameter signaling problem and there are other products by other manufacturers out there on the market.

And, regardless of the manufacturer, the solution to be applied must be able to do much the same things: to perform vigilant and almost instant in-service quality monitoring of the signaling link and be able to detect degradation of link quality at very, very short, programmable intervals.

That's because the flat all-IP architecture of the LTE network requires a very large number of signaling connections as well as signaling concentration for efficient routing. Diameter signaling is the choke-point in LTE signaling performance and while a convenient and apparently economical solution, the Linux-supplied SCTP for Diameter, is freely available, it is simply is not up to a task that it was not designed to perform.

For LTE subscribers the technology is all about the perceived quality of experience they receive and, for the network operators it is the maximisation of that experience is based on a pro-active, immediate and flexible management of network capacity including the capability to conduct near-instantaneous data analysis, packet processing, DPI and the freeing-up of host CPU resources to remove bottlenecks.

Diameter signaling cannot do this unaided and LTE congestion, service attenuation and loss and consumer frustration will only inevitably increase unless something is done to address the matter now.

The philosopher and trancendentalist Henry David Thoreau, musing in his cabin on Walden Pond in Massachusetts in the mid-19th century wrote, "We must heap up a great pile of doing, for a small diameter of being". Now, that's what I call foresight.