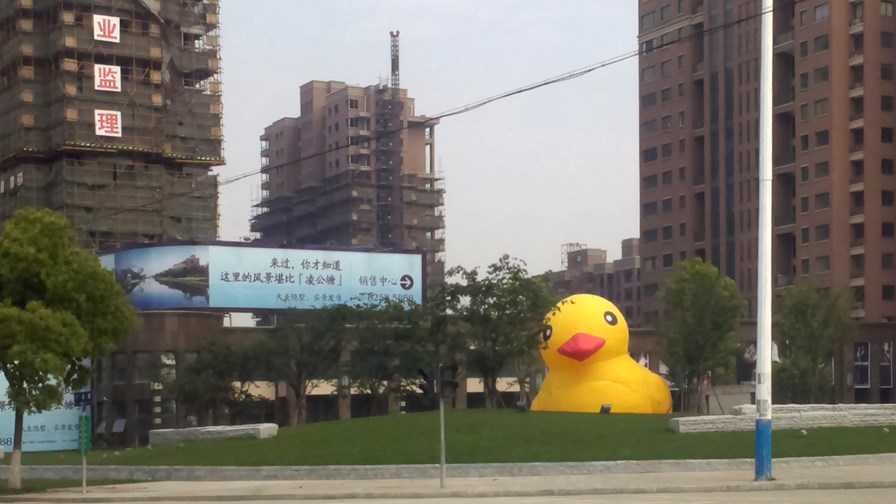 Jiaxing city (no, we don't know what's going on with the giant rubber duck either) © Flickr/cc-licence/Tzuhsun Hsu

China Mobile and ZTE have deployed commercial 3D-MIMO in Jiaxing, in the Zhejiang province of China. Also referred to as Pre-5G Massive MIMO (multiple input multiple output), the deployment also features multi-scenario test verification of the technology. It builds on the two companies earlier work, having completed the world's first 3D-MIMO field verification in 2015.

The telco says that universities are an excellent example of high-traffic and high-interference scenarios. The university in the west of Jiaxing City has nearly ten thousand staff, as well as buildings for classes, canteens, dormitories and families, making it difficult for the existing 4G networks to fully meet the needs of users during busy hours without performance degradation.

With massive MIMO technology in LTE networks, China Mobile says it can enhance network speed and capacity as well as the use of the existing network spectrum. By increasing the downlink capacity 3–5 times and uplink capacity 4–6 times, the ZTE solution provides users with “5G-like access experience” with LTE devices.

Using three carriers on the 3D-MIMO site in Jiaxing, the downlink field rate reportedly reached 1Gbit/s, which is three times that of macro base stations, and the uplink performance significantly increased to a peak rate of 237Mbit/s, which is eight times that previously. By sharing the traffic of very busy cells, the massive MIMO site reduced the resource occupancy of 8T macro cells and improved the service throughput in the coverage area.

Test results of the Jiaxing site showed that, compared to co-frequency 8T macro stations with the same coverage, the uplink and downlink spectrum efficiency of small-packet services (such as web page browsing and WeChat) increased by two to three times on average, and the spectrum efficiency of large-packet services (for example file download) was even higher. Up to 800 commercial users at any one time were active in the cell during the test. China Mobile also found that by using the 3D beamforming technology and targeting users accurately, the massive MIMO base station effectively suppresses interference, enhances the perception of users on cell edges and increases user traffic in the coverage area.

A brief history of massive MIMO

Massive MIMO has become the accepted term for what was once called “large-scale antenna systems” or large-scale MIMO, which were regular base stations with very large antenna arrays. Much of it stems from research work conducted by Jakob Hoydis and Tom Marzetta of Bell Labs. And when we say it uses a very large number of antennas, we mean large ­– hundreds or thousands of them in an array. Extra antennas help by focusing the transmission and reception of signal energy, bringing significant improvements in throughput and energy efficiency, especially where there are very large numbers of user devices.

Here’s what Hoydis had to say about it earlier this month: “At that time, we could by no means anticipate the impact massive MIMO would have and many people were quite doubtful about the technology (including myself). I still remember very well a heated discussion with an esteemed Bell Lab’s colleague trying to convince me that there were never ever going to be more than two active RF inputs into a base station!”

How things can change in a very short space of time…

Telefónica increases revenues by 11.2% in the third quarter