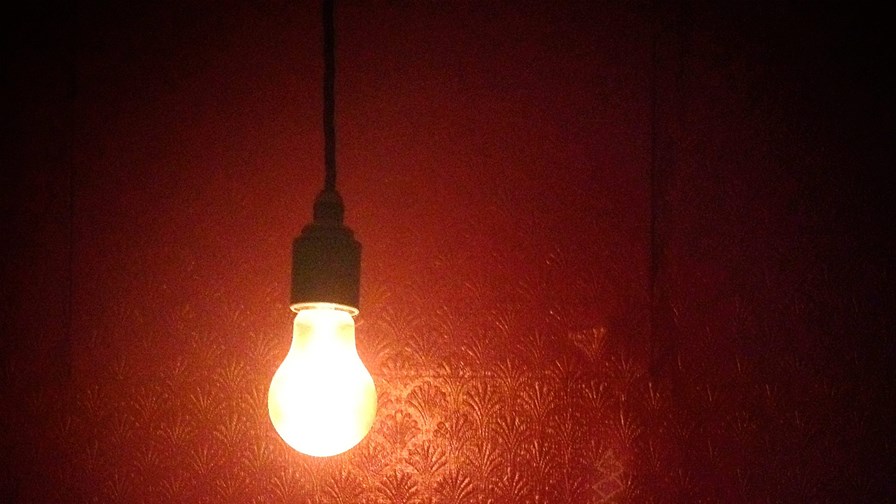 It must be the time of year: hot on the heels of ‘power over WiFi’ (PoWiFi) comes another potential game changer. LiFi - the concept of driving data to and from LED light bulbs - is attracting another round of attention (the second this year) since an Estonian startup company, Velmenni, is claiming to have taken the technology out of the lab and up and working in customer premises for a live trial.

According to the International Business Times, the trial is proving that the technique can achieve 1 Gigabit transmission in office and industrial environments in Tallinn, Estonia. The scientists behind the startup reported earlier this year that they had cranked out 224 Gbit/s in lab conditions, so 1 Gig in the field (after struggling past varying ambient light conditions, visible light-blocking objects, different light-reflective surfaces) seems like a reasonable rate to end up with as a starter.

The Genesis: Let there be light

Li-Fi started life following the research efforts of  Harald Haas from the University of Edinburgh in 2011, when he showed that by flickering a single LED you could could transmit more data than a mobile cell. But long before that, there have been various line-of-sight, laser-based technologies designed to do things like broadband data access. While these excited interest 15 to 20 years ago, they clearly failed to take hold (since we don’t appear to be using them now) due to cost, extreme rain-fade, trees growing up and blocking, and - probably the clincher - DSL and radio developments that just made them less viable as competitive technologies.

This time it could be different. This technology, as currently presented, doesn’t seem to require a WiFi  ‘rip out and start again’ strategy in the home or office environment, but is being positioned as a ‘WiFi assist’ option designed to supplement existing technology when the conditions demand it.

The technology modulates visible light at between 400 and 800 terahertz, so before the ‘headache brigade’ gets up in arms (and you know they will) that is a flicker rate that is totally imperceptible to the human eye, it’s claimed (yes, and pets’ eyes too).

Unlike line-of-sight laser, bouncing light about indoors actually has some distinct advantages over radio. Radio is good(ish) at penetrating walls, which is fine if one end of the comms link is outside, wanting to get in. But light’s inability to get through walls means better security and no - or next-to-no - signal interference from the LEDs next door.

The Estonian effort isn’t alone. There are several research teams around the world working away. Haas (the kicker-off of the Li-Fi concept) has launched his own PureLiFi technology, which has a speed of 11.5 Mbit/s. France’s Oledcomm is installing  LiFi technology in French hospitals. We can probably expect more in the near future.

Perhaps the best thing about LiFi is that it operates in the ultimate public band - so licensed mobile operators, WiFi hotspot players and users alike, will all presumably be able to use it to enhance coverage and boost capacity without any objections.