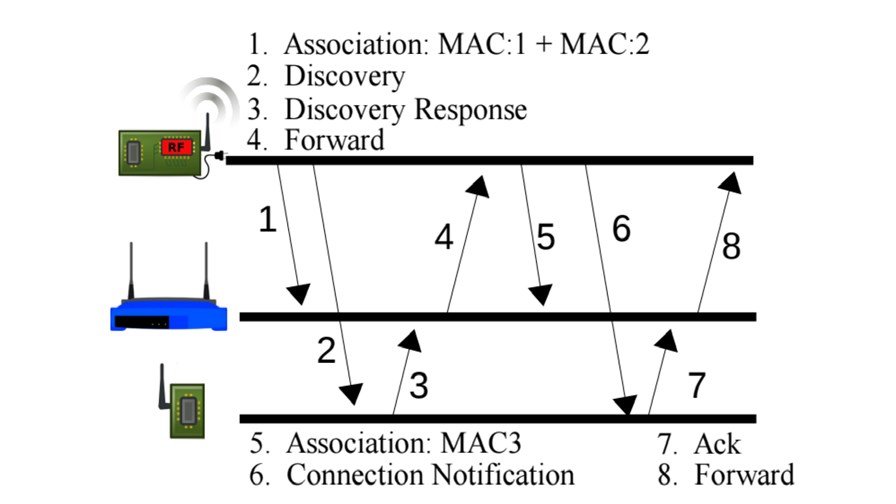 The University of Washington is back with what appears to be a new twist on its ongoing research into reusing WiFi power to charge up devices - wirelessly. Last year we reported that the Uni had come up with something called Power over WiFi (PoWiFi) “using existing WiFi routers - not for relatively heavy-duty smartphone charging, but to feed ultra low-powered sensors of the sort destined for (mostly) home IoT gadgets. (see - Will PoWiFi change the balance of power in IoT?).

“If it works as advertised,” we wrote, “ it could significantly change the prospects for the jostling crop of Low-Power Wide-Area Network (LPWAN) vendors and service providers looking to service IoT in the home. One of the big drawbacks with the LPWAN data collection model is the necessity of having a long-life battery on board. WiFi power might give the balance of advantage back to WiFi models.”

With Passive Wi-Fi,  passive sensors that have only the baseband chip and an antenna. It picks up  the signal and mirrors it to send readable Wi-Fi to any device that has a Wi-Fi chipset in it. The low power passive device doesn’t transmit but creates Wi-Fi packets by reflection, say the researchers, via a process called “backscatter.”

Wired is enthusiastic and opines that this could have implications for embedded applications reducing the power demands of devices in the Internet of Things, and ultimately making internet connectivity practical for a much wider range of devices.