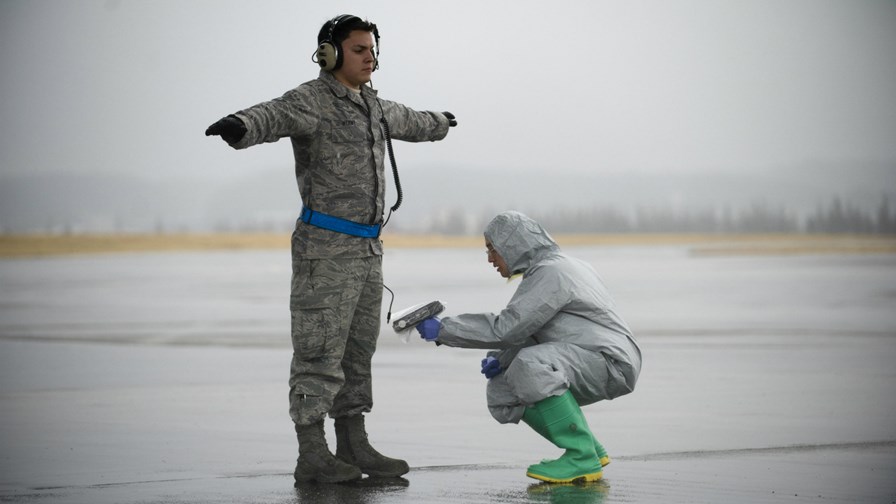 This morning, after removing the summer litter of kittens and empty bottles from the TelecomTV email box that sits snugly under the editorial commode, and having duly sifted through the usual daily crop of threats, imprecations and begging letters, a message was found from an Israeli company called "GoNet Systems" that not only posed an intriguing question, but also, helpfully, answered it too. Well, it does save the effort of engaging the fragile editorial brain at the end of a washout English August.

The question was this, "Are Wi-Fi networks harmful to you health?" The answer, thoughtfully provided in the very next sentence was, "Probably not."

"Well, thanks for that", I thought, "That's one of the most succinct press releases I have ever received. No need to worry about RF radiation any more.That's one worry removed." However, then came the inevitable sting… "But why not lower them anyway?" I read on into the "ebrief".

It turns out that whilst the idea and the technology is valid, the marketing approach, relying as it does on the not-so-subtle generation of  concern in general, and parental angst in particular, is decidedly questionable.

Putting the breeze up Mom and Dad

The ebrief plays to the "understandable concern" amongst "consumers and device users" about "the effects of all those radio waves surrounding us almost anywhere we go" but then goes on to admit (in a classic example of a split infinitive that would make James T Kirk green with envy), that there is no extant research available "to authoritatively establish whether radiation connected to wireless transmission of voice and data can negatively affect our health."

It makes the point that mobile networks have long been the major area of concern because of the proximity of devices to a user's head whilst, hitherto, Wi-Fi has been of little matter because it has been used in the main for mobile and remote computing where the connecting device is a considerably greater distance from a user's body than is a cellphone.

However, according to the GoNet ebrief, the proliferation and increasing ubiquity of public and private Wi-Fi networks, may result in be major public health problem at some indeterminate time in the future - and is, of course, a major sales opportunity for the company right now.

According to GoNet the prime areas of concern with reference to Wi-Fi radiation are in schools, "airport terminals, concert halls university lecture halls or gathering spots, even an outdoor park."

Most disconcertingly the briefing document foments familial worries. Merom Harpaz, GoNet's head of sales is quoted as saying, "Health is going to become a major concern especially as more Wi-Fi networks are installed in schools. Even adults who might be completely unconcerned about Wi-Fi radiation and its effect on them will think twice when it comes to their children, especially younger children whose bodies are developing and who may be exposed to radio waves for the entire school day."

Then in the next paragraph Go-Net attempts to mitigate  this ascribed psychological guilt by once more admitting, "Again, there has never been proof of any real physical or neurological harm, but parents are concerned about their children, as they should be." Hmm. Dodgy stuff.

It continues, "The fact remains that there are radio waves all around us, at almost all times, particularly in dense urban areas. While there may not be any clear proof that this has harmful health effects, most users and consumers would agree it would still be good to reduce the volume of this radiation."

Given this verbiage you will not be surprised to learn that Go-Net can deliver "all the connectivity benefits that users want but with less radiation" and reduce "RF pollution and radiation with directed beams."

The problem, we are told, occurs because a typical Wi-Fi installation consists of omnidirectional antennas, which are constantly transmitting signals and looking for signals from connected devices, resulting in continual radiation throughout the coverage area.

But, with a beam-forming approach, radiation exposure is limited to a very short period. The beam-forming system does use omnidirectional antennas, but only to establish the  location of a signal. Thereafter, when a signal is found, the transmission is handled via a concentrated beam. Go-Net's equipment detects the direction of transmitted packets and locks the antenna array on that signal. The Wi-Fi access points then create a beam for every packet - a focused approach that ups performance whilst simultaneously reducing radiation. Thus a user is exposed to a full energy wave for a split second only and for the remainder of the time is exposed to no radiation whatsoever - apparently.

All that is fine, well and good but basing a marketing rationale on an unproven "threat" (even when hedged around with reassurances that there is no evidence the problem exists in the first place) is not just silly it's also counter-productive.

That said, the 2015 Silly Season isn't quite finished. Summer, such as it was, may be well and truly over in the UK and parts of Europe but in the US there's a week to go to Labor Day and and a wide community of bewildered nutters are still cavorting  around in their tennis shorts, frightening the horses and bombarding journalists with off-the-wall stories. Of which more tomorrow…