"Dangerous" Wi-FI: a bandwagon that should be stopped in its tracks 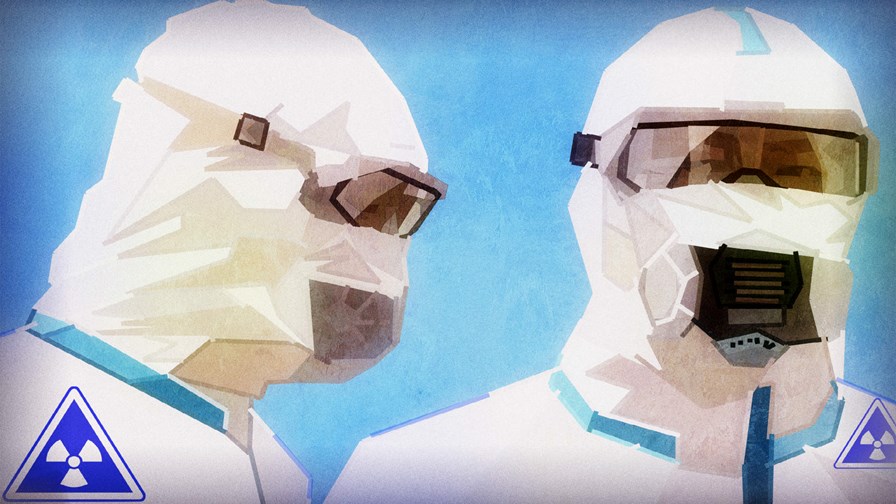 Yesterday TelecomTV reported that Wi-Fi has the alleged "potential" to cause injury to humans. There isn't a scrap of evidence to substantiate such a claim but it doesn't stop scaremongering stories being trotted out from time-to-time, especially on slack news days and during the annual summer "Silly Season" which is now drawing to its autumnal close.

Let's take a look at the realities. It is undeniably an act of idiocy for anyone to stand in front of an operating microwave transmitter; devilled kidneys will be but one of the unpleasant results. It is equally stupid to attempt to heat a TV dinner with the microwave-oven door open.

But then, a microwave oven is a high voltage device that directs a very powerful and highly focused uni-directional beam over a very short distance. Wi-Fi is the antithesis of this; working at very low voltages over comparatively long distances, it is unfocused and omni-directional. Indeed, the strength of a Wi-Fi signal is 100,000 times less than that generated by a microwave oven.

Those of you in the UK who are, like me, old enough to have taken 'O' level physics, might remember that radio waves, just like light, gravity and sound, conform to the "inverse square" law which states that a specified physical quantity or intensity is inversely proportional to the square of the distance from the source of that physical quantity. The law generally applies when some force or energy evenly radiated outward from a point source in three-dimensional space. The net result is that every time the distance is doubled you are left with a quarter of the energy. (There you go Dr. H. E. Huntley of the Upper Fifth at St. Dotheboys Academy. Your teaching wasn't totally in vain after all).

So, it is a fact of life, the universe and everything, that signal strength depletes very quickly and at normal operating distances Wi-Fi signals are an innocuous constituent of the whirling 'smog' of RF signals emanating from TV and radio broadcasts, mains cabling, domestic appliances etc, with which we are all continually surrounded.

Wavelengths fall into ionising and non-ionising categories and the non-ironising ones longer than light include infra-red frequencies, microwaves and radio waves. Most Wi-Fi is at 2.45GHs along with some mobile phones and devices such as baby monitors. What's more, the wavelength of Wi-Fi signals is pretty much the same as the background radiation (12 cm) to which we are  all subject, all day, everyday whenever we venture outside into the open air.

It is accepted as a fact that Wi-Fi does not cause health problems in humans or animals. Indeed research has shown that someone making a mobile 20 minute mobile phone call once a year gets a far bigger dose of microwaves than being in proximity to Wi-Fi radiation for 12 full months.

The World Health Organisation, (WHO) says, "In the area of biological effects and medical applications of non-ionising radiation approximately 25,000 articles have been published over the past 30 years. Despite the feeling of some people that more research needs to be done, scientific knowledge in this area is now more extensive than for most chemicals. Based on a recent in-depth review of the scientific literature, the WHO concluded that current evidence does not confirm the existence of any health consequences from exposure to low-level electromagnetic fields."

And for those who still can't believe that Wi-Fi is exceptionally safe, remedies are at hand. You could start by sitting a metre away from a router and don't put a mobile device on your lap, use a desk or tray instead to prevent any possibility of various squidgy bits being toasted. Or you could simply Cat4 5E cable together all your devices. But, whatever you do, short of taking up permanent residence in a Faraday Cage and never ever leaving it except in a lead suit you will still be on the receiving end of all the RF radiation within which the world is bathed.

The good old US maxim: 'When in doubt, or whenever you get the chance, litigate'

Chief Engineer Scott of the USS Enterprise knew well that "ye cannae change the laws of physics" that doesn't stop some people from making a mountain out of a radiological molehill. For example, in Boston, Massachusetts, in the US, a boarding school is being sued by three anonymous plaintiffs in a lawsuit brought under the provisions of The Americans with Disabilities Act. They claim that their son’s headaches, itches and skin rashes and spots are all down to the Fay School's Wi-Fi system.

The plaint claims that “Exposure to Wi-Fi emissions at the levels emitted by the type of Wi-Fi to which the children are exposed in Fay classrooms causes, in those persons affected, most notably children, the symptoms of EHS (electromagnetic hypersensitivity) , which include severe headaches, fatigue, stress, sleep disturbances, skin symptoms such as prickling, burning sensations and rashes, muscle aches, nausea, nose bleeds, dizziness and heart palpitations." Hell's teeth. What a place!

Expert physicists doubt these claims and, five years ago, a double-blind study conducted by the US National Institutes of Health on claimed intolerance to electronic signals found that when test subjects had no knowledge of whether or not they were being exposed to electromagnetic activity, all the alleged symptoms of hypersensitivity simply vanished without trace. Right into the ether. It was all down to hysterical hypochondria rather than a physical reality. Meanwhile the lawsuit wends it leisurely and expensive way through the byzantine coils of the US legal system and the lawyers rub their hands in glee.

A portable Faraday Cage for me, please, and lead bootees and a tin hat for the dog

Of course other remedies are available other than going to law. There's the Omega EMF Protector for example, which is available in both Ethernet and Wi-Fi variations. Inside the box is a piece of folded duct tape with a handful of plastic beads stuck to it. The company declined to explain how the device works or the science behind it but it is now mysteriously "out of stock". Purchasers should have read online reviews before shelling out U$405.00 for the dubious honour of owning the nostrum. One particular aficionado wrote that not only did the device stop all radiation in its dastardly tracks but came with the added bonus of "repelling the lizard people from touching me in the night.”

Then there's the EMF meter which detects both RF radiation and ghosts. Course it does. Everybody knows that. And don't let's forget a collar to protect your pet pooch. A tinfoil snip for the overmonied cretinous and credulous at $169.

It's madness, of course, and generally hilarious, but there is a serious point to be made. All this nonsense detracts from the validity of serious, respectable, replicable research indicating that cellphone radiation may well have an impact on children whose doting parents give them mobile phones at the age of seven or less. Such kids often become completely addicted to them and use them incessantly until adulthood. And it's a fact that children are more susceptible to RF radiation from cell phones than are grown-ups. Now that could be an epicdemic of illness yet to come. Let's face it, it is rather more likely than anyone's head exploding from exposure to Wi-Fi.

Right, it's lunch time. Into my tinfoil titfer, on with the lead diving boots, the granite codpiece and then strap me into my second-hand cosmonaut's kecks, I'm off out for a sunbathe.