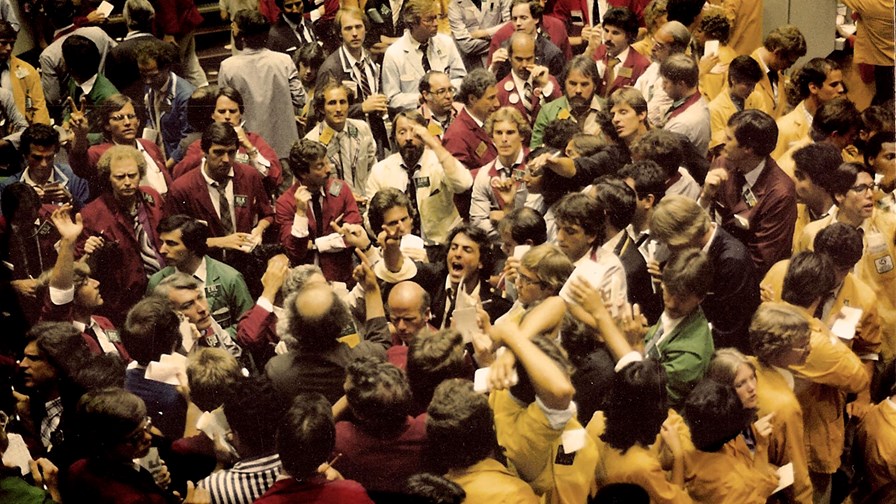 Cut-throat minutes trading has had its day, says European operator Colt. The margins it might have made are all going to the traders so it’s getting out of that side of the wholesale business.

According to Richard Oosterom, executive vice president at Colt Technology Services, Colt will ‘retire’ around 85 per cent of its carrier voice contracts as part of an orderly exit from what he calls the ‘unproductive’ part of the wholesale voice market over the next year or two as contracts end.  As a consequence it will see a €175 million fall in revenue.

But it’s all good, says Richard, since Colt wasn’t making significant money from this specific part of the carrier business anyway and was having its attention drawn away from the more productive lines of business. For that reason the revenue reduction is expected to actually improve the company’s profitability over the next few years - no more marginal voice business dragging down results.

So why the about-face? After all Colt has been a lead player in all aspects of VoIP since the early noughties?

It turns out that cut-throat specialist minutes trading just doesn’t work - at least not for the sellers. So Colt is dumping the minutes traders, not its other “legitimate” resellers and white label voice service carrier customers.  Certainly not its enterprise voice customers. It’s the trading that has passed its sell-by.

In the end, says Richard, the whole idea of minutes trading will die off as carriers find more efficient ways to exchange voice  traffic. “It will be more like Internet peering,” he claims. The minutes trading was a phase, not a destination.

Which is interesting because people have been trying to apply commodity trading to telecoms since at least the turn of the millennium, probably earlier. We’ve all watched the film Trading Places, so we all know about commodity trading. You corner the market in frozen orange juice or pork bellies, look unconcerned until the last moment, and then bellow sell, sell, sell.

Which is probably why the telecoms industry has always been a bit sniffy about the idea that voice minutes and bandwidth might be reduced to this sort of treatment. Our outputs are much too sophisticated to become something that Eddie Murphy might casually sell over the telephone.

“Well OK,” a bandwidth trading advocate told me around the turn of the century (just before the big crash), “every industry thinks that their particular activity or output isn’t the sort of thing that can be traded in bulk, but it always can.”

In fact that particular Enron contact lost his job pretty-soon after that (as did all his colleagues) but trading platforms for minutes and bandwidth have persisted in the wholesale telecoms market without ever really catching fire as they were supposed to, so perhaps telecoms outputs ARE different after all.

The biggest difference that I can see is that successful commodity markets have to give the sellers some market inefficiencies - extended periods of time when supply can’t catch demand.

I can see how this happens with coffee beans - the weather can be bad for a year and there can be a drop-off in supply that might take fresh planting (and several years) before it all catches up again. Coffee sellers might get to keep their margins high for longish, life-saving periods.

But telecom minutes (for instance) often don’t cut their sellers this sort of slack. We have technology racing along and fuelled by Moore’s Law. New voice capacity can brought on with a few mouse-clicks in an IP network as TDM voice gets phased out (for instance).  That’s no good for commodity sellers as this sort of certainty of supply means that margins just get down on their hands and knees and chase zero.

Which, in a nutshell, is the main reason behind Colt’s announcement.  And the minutes casino trading business is clearly seen, by Richard at least, as a non-productive activity, not worthy of any sort of preservation order.

He doesn't mince his words.

“In this market we’re seeing more and more companies that just do trading  -  they don’t have their own customers. So we've decided we’re dealing with two markets here.

"There are the genuine wholesale customers to us who serve their own corporate customers, just as we do. This is good business and we want to continue this. And there are the traders.  Those are the customers that we’re dumping.”