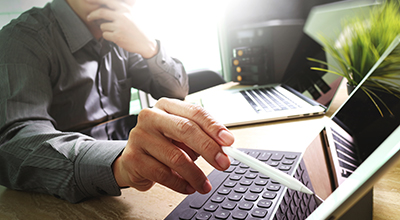 **SINGAPORE, March 27th ** , 2019 – Asia/Pacific excluding Japan (APEJ) spending on augmented reality and virtual reality (AR/VR) will reach USD 7.1 billion in 2019, an increase of 75.2% from the previous year, according to the latest IDC Worldwide Semiannual Augmented and Virtual Reality Spending Guide. IDC expects consumer and enterprise/commercial segments spending in AR/VR products and services to grow at a five-year compound annual growth rate (CAGR) of 70.7% over the forecast period (2017-22).

“As the lines between digital and physical continue to blur, several progressive organizations across Asia Pacific are experimenting or deploying AR/VR technologies to prepare for the future of work. Use cases of AR/VR are emerging across sectors that include delivering more personalized customer experiences, accelerated product designing and go to market, AR guided workflows and maintenance, as well as VR trainings for better learning outcomes and improved health and safety for employees,” said Avinav Trigunait, Research Director for Future of Work at IDC Asia/Pacific.

As the technology continues to evolve, several content developments and designing software vendors such as Adobe and Autodesk are including AR/VR features in their solutions to make it easier to develop both AR/VR content and applications. Also, with many new AR/VR software and hardware products being launched in 2019, enterprises are expected to continue exploring the use of AR/VR technologies for a variety of new use cases and IDC forecasts the commercial segment spending in Asia Pacific to surpass consumer spending in 2019, added Trigunait.

Hardware will account for nearly half of all AR/VR spending throughout the forecast followed by software and services. The largest category of hardware spending will be host devices, but AR viewers will have the highest growth rate over the forecast period, (CAGR of more than 150%). Software contributes around 39.3% of the overall spend, of which AR software spending is leading in terms of growth with 108.2% CAGR (2017-22). Likewise, services spending is likely to proliferate by CAGRs of AR Systems Integration 143.0%. Thereby, the robust growth in AR hardware, software and services spending will drive overall AR spending quite ahead of VR spending by 2022.

Consumer is the largest industry in AR/VR spending, which accounts for 41.2% of the overall spend in 2018. Commercial segment AR/VR solutions will see its combined share of overall spending increase from 58.8% in 2018 to more than 64.0% in 2022. Within commercial segment, the industries that are expected to spend the most on AR/VR in 2018 include personal and consumer services followed by education and retail.

Virtual reality games are a leading use case garnering around 28.03% of the overall AR/VR spend in 2018, followed by training, and video/feature viewing (VR). However, lab and field (post-secondary), and retail showcasing are the fastest growing use case in terms of compound annual growth rate over the forecast (2017-22).

“We see that the commercial segment is showcasing growth given the steady rise in spending throughout the forecast. On the other hand, augmented and virtual reality technology is rising as a consumer focused segment widely noticeable in the gaming and entertainment industry-focused solutions,” said Ritika Srivastava, Associate Market Analyst at IDC Asia/Pacific. “Furthermore, there are massive opportunities for industries including education, healthcare, retail and manufacturing to expedite their businesses in digital realm by implementing applications catering from customer interactions, product design and development, trainings and simulations etc.,” adds Srivastava.

China market will represent the largest AR/VR spending in the APEJ region with 83.0% share in 2018 and the spending is projected to take off at a five-year CAGR of 76.2% during the forecast period (2017-22). While, AR/VR technology in ASEAN countries of Asia/Pacific (excluding Japan) are slowly gaining trend and experimenting on how AR/VR can improve the industry experience.