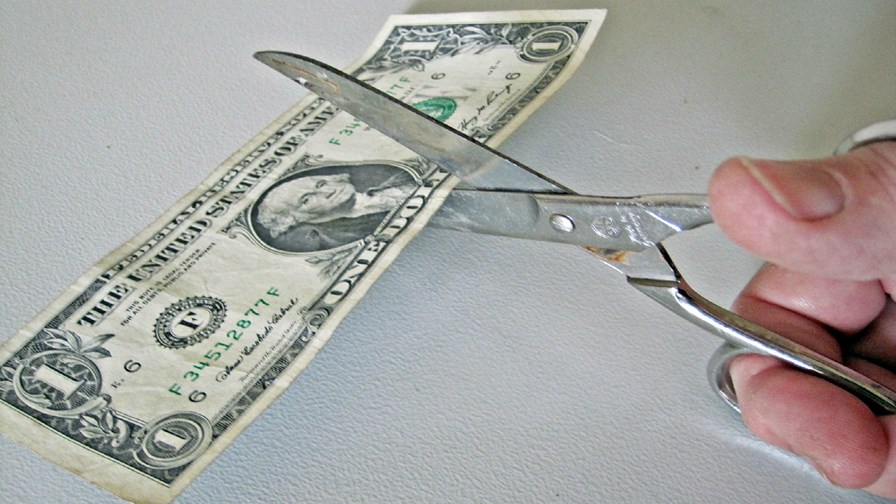 The most dispiriting and annoying thing about TV in the US is the endless intrusive advertising. It makes watching anything at all all but impossible. Programmes that actually last about forty minutes or less are bloated-out to last for an hour and are stuffed with repetitive ads for the same half dozen products led by blandishments for cars, fast food and proprietary medicines,(including the huge numbers of highly appropriate flatulence remedies).

For visiting Europeans (and others) this level of hard-sell advertising is all but unbearable but American viewers have had to live with the remorseless creeping increase in relentless TV advertising for decade upon decade now but whist by no means inured to its pervasive presence and frequently railing against it, they have been quite unable to do anything about it.

However, now, and not before time, it is the media companies themselves, including the likes of Time Warner, 21st Century Fox and Viacom that are deciding to cut back on the daily deluge of drivel in an attempt to win back viewers who are deserting them in droves to watch advertisement-free content streamed online by Amazon, Netflix, You Tube et al.

Even advertisers themselves, who have long demanded that broadcasters shoehorn as many ads as is possible into every show, are beginning to appreciate that the onslaught has become counter-productive and are (albeit grudgingly) coming round to the understanding that advertising overkill results in marketing messages being diluted or ignored - with aconcomitant decline in sales of products and services. The consumer horse might not have been flogged quite to death yet, it might still be twitching but has become numb to the repetitive crack of the advertising whip.

Mind you, the change isn't a matter of social conscience or anything like that (perish the thought) but a forced exercise in reactive corporate cynicism. For example, Howard Shimmel, the chief research officer at Time Warner’s Turner Broadcasting, says,  “We know one of the benefits of an ecosystem like Netflix is its lack of advertising". He then adds, "Consumers are being trained there are places they can go to avoid ads”.

What a giveaway. Viewers are being "trained" are they? What, like participants in a chimp's tea-party? Broadcasters seem to think their audiences are captive animals, unable to discriminate and decide things for themselves they are are schooled by would-be pretenders to the broadcasting throne to ditch the ancien regime. The traditional TV establishment doesn't like it one little bit. It would destroy the upstarts  utterly if it could, but technology has moved on, and it can't and therefore it must change.

Thus, Time Warner, for example, has reacted by announcing that its truTV service (a channel aimed at "younger viewers" i.e, the technical savvy and increasingly affluent twenty-somethings who will quickly churn away from the old model) will reduce its advertising by 50 per cent. Well, that's the headline takeaway anyway. Perusal of the small print reveals that the cuts will be only to what truTV classifies as its "prime-time original shows" and, in any event, the reductions won't take effect until this time next year because it will take a full twelve months and more for current advertising contracts to expire.

And, in  some cases, the creeping extension of advertising time has been, frankly, very creepy indeed. For example, a while back Time Warner's TBS actually applied compression technologies to programmes to speed them up just a wee bit but not so much that viewers would become aware of it,  in order, solely and simply, to cram more ads into any given time-slot. Now, is that Big Brother or what?

And why are things like that happening? Because it's a vicious circle. Broadcast TV viewership is falling, partly because of the amount of the sheer of over-advertising viewers must endure and partly because of the emergence of relatively inexpensive (or even gratis) and ad-free online content subscription streaming services. The response of the one-to-many broadcasters has been to up the number of adverts shown in an attempt to compensate for declining viewer base. It is a recipe for disaster and some are beginning to see that.

So far Viacom and Fox have cut back to a slight extent on the amount of advertising they pump at viewers based on the rationale that fewer ads make the ones that do get shown more memorable and therefore more valuable to the advertisers. That in turn permits programmers to charge more to show ads and so the great big wheel goes trundling round. As the CEO of Fox TV, James Murdoch, (for it is indeed a Murdoch) says, “The customer can avoid a whole number of other ads, so we’ll charge a higher price.” Like father, like son.

The US is bad - but Australia's even worse

Finally though, if you think advertising on US TV is bad, you ain't seem nothing until you have experienced the crap that is Australian telly. It is, without doubt, the worst on earth - and that includes North Korea and Saudi Arabia which are execrable in the extreme. However, Australian TV is beyond parody. It is just as well that the majority of the Australian population prefers to be out of an evening pursuing sporting pastimes rather than spending night after night indoors gathered round a warm wombat watching what passes for a television service.

An example: A few years ago I perforce spent Christmas Day in a small hotel in a town called Yamba, on the coast of Queensland, Australia. It was hot and sunny but a couple of restaurants were open and serving a traditional English Christmas dinner, with turkey, sprouts and all the trimmings, outside in a temperature of 31C. At two pm, the entire town shut until the afternoon of December 26, and the locals decamped to the beaches - as did I. The hotel shut too, but as the only guest I had been given the keys to the place and duly returned there as night fell.

Thus I spent Christmas evening on my own, in the bar (and with a free run of it subject only to signing an 'honesty chitty' listing my consumption of drinks) watching Australian TV. The big festive prime time treat was the showing of an old episode of 'Midsummer Murders', a venerable, indeed, doddering British detective series that, in the UK, plays for an hour and a half. In Australia, with the ads, which were all much of a muchness and repeated every three minutes, it quickly became utterly surreal and took three yours to play out. It was a bizarre experience and not one I would ever care to repeat.

At ten at night I retired to my lonely room with a bucket of egg nog and a Sherlock Holmes book and waited for the morrow. It came and by mid afternoon a few people appeared pottering about in the streets and on the beach. The day after, the proper start of the Aussie summer holidays, the hordes arrived as thousands of holiday makers descended on Yamba. During the remainder of the time I was there the TV in the hotel bar stayed dark - I thanked my lucky stars for that and had another stubby.