Will "Skinny Bundles" signal the beginning of the end for fat cat US cable companies? 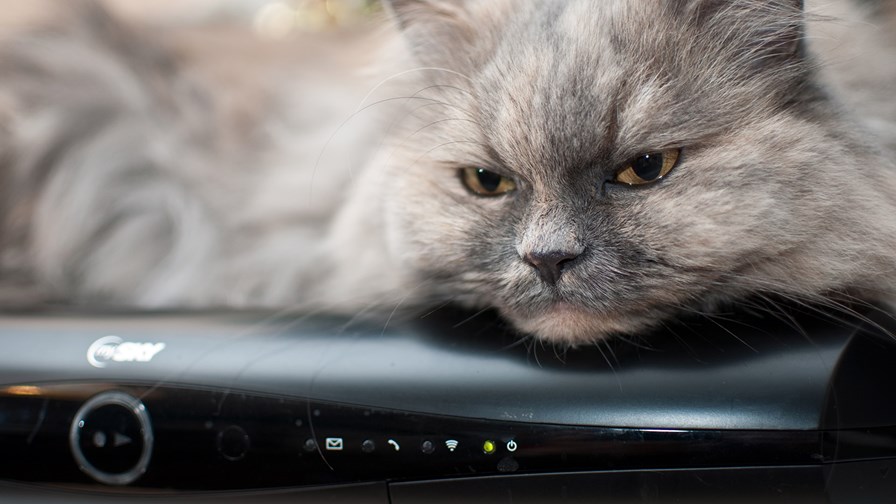 As online services such as Netflix and Hulu gain in popularity things are changing for big media companies in the US as more and more subscribers examine the costs and value of what, in the main, are very expensive traditional cable TV 'bundles'. The knock-on effect is evident. Over the summer the share value of the likes of Disney, ESPN, Time Warner and Viacom fell markedly as consumers declined to re-sign contracts and take on another period of paying through the nose for hundreds of ad-infested channels they never use. ESPN alone has lost more than three million subscribers in the last nine months.

The provision and selling of gargantuan "bundles' has been the mainstay of the cable TV in North America and many other parts of the world for many years now but, as the CEO of CBS, Leslie Moonves, recently conceded, “The days of the 500-channel universe are over. People are going to be slicing it and dicing it in different ways.” Welcome to the brave new world of "skinny bundles".

With the price of bloated bundles constantly rising and with most subscribers using only a fraction of what they are paying for, people are turning more and more to online services and the cable companies are worried - and with good reason. They have been milking their customers for decades and their argument has always been that big bundles are the only way to go because it would be too expensive (for the cablecos, natch, not the punters) and too technologically and logistically difficult to allow consumers to select a few succulent morsels from the smorgasbord of anodyne, recycled and largely tasteless pap they are offered. It was always nonsense of course and now the cable companies are going to have to change or go to the wall as real competition, at long last, bites them in the arse.

Consumers have always wanted to be abled to pick from an a la carte menu, but, hitherto, have been prevented from doing so. Now the cable companies are, reluctantly, moving towards the concept of providing "skinny bundles" but are hedging around their introduction with dire warnings that more user choice may not necessarily result in cheaper services. Well they would, wouldn't they? It's the nature of the beast.

At the moment the average monthly cable TV bill in the US is an eye-watering US$92 a month. But that's not all. Compulsory add-ons such as rental charges for set-top boxes and routers put an average of $30 a month on top and many cable TV packages (those with premium sport and movies) can easily cost upwards of $200 a month.

However, the cableco log-jam was broken back in April this year when Verizon introduced the first so-called 'skinny bundle' at $55 a month. Offering significantly fewer channels, Verizon's 'FiOS Custom TV' proved popular with the public but immediately prompted ESPN to sue on the grounds that Verizon was in violation of various contracts whereby it was legally bound to carry channels on a "per-subscriber basis." However, the skinny bundle genie is out of the bottle and while slim and attractive, is nonetheless far too fat to be forced back in. For example, Playstation Vue offers programming for $50 a month and others are following suit.

Back in the Spring, when ESPN began its legal proceedings, Fran Shammo, the CFO of Verizon rather let the cat out of the bag when he said, "I think the right way to answer this without getting too public about our contractual situations." Yeah, perish the though that subscribers might gain an insight into the extent to which they are being ripped-off. After all, prices of cable TV bundles in the US have been rising at more than the rate of inflation since 1995.

Mr. Shammo continued, "This [FiOS Custom TV] is a product that the consumer wants. It’s all about consumer choice. I mean, if you look at the TV bundles today, most people only on average watch 17 channels. So this a way to give consumers what they want on a choice basis." An astonishing Damascene conversion and the longest in history having taken 40 years!

It was back in late 2012 that Nilay Patel, the prolific blogger and co-creator and Editor-in-Chief of "The Verge" first opined that the US is "a nation of cord cutters waiting for a saviour." It is a little early to identify just who or what that saviour may be - and there may, in fact, be more than one - but the reality is that the tectonic plates that held together the monolith of the US cable TV industry are splitting apart and nothing will be the same ever again.

In 2013 the American cable TV sector first began to lose more subscribers than it gained. That continued throughout 2014 and the trend has accelerated again this year. What's more, according to the influential analysis house Nielsen, since 2014 the amount of cable television watched by US viewers has fallen by about 10 per cent per consecutive quarter.

As Bandon Ross of US-headquartered BTIG Research says, "We had been waiting for multiple years for this to happen, but 2015 is finally the year of the virtual MVPD  - the multichannel video programming distributor." Mr. Ross believes the cable TV market as we have known it since the 1970s is dying as it splits and splinters  and broadband-based fast Internet access proliferates. He adds, "We’re not going to get the nirvana of complete a la carte entertainment just yet… but the bundles will slim down. Networks are going to have to pick winners and losers from within their own portfolio [and] those that can’t make their way into the smaller bundles will die off."

So, what will the skinny-bundled future look like? Well, the chances are that, in the US at any rate, the free-to-air Big Three broadcasters, ABC, CBS and NBC, will survive and even thrive while streaming services will continue to eat the cableco's lunches with Amazon, Netflix and a few others (Apple perhaps? Hulu? Google?)  also carving-out a significant share of the market. And who could forecast what will happen in due course when other upstart competitors wade -in and disrupt things even more? All we can be sure of is that the sector is in flux.

Of course, there'll always be room for minority premium services such as HBO and dedicated HD and Ultra-HD sports channels that will deliver content anywhere over broadband. Meanwhile, most movies will go straight to web release, putting to an end the old model of release windows and geographic blocking and delays. For North America - and by extension and a bit further down the line - also for many other parts of the world as well, one-to-many broadcasting of content and the use of physical media such as cable will be replaced by streaming. Many cablecos may well be in denial but about that but a head-in-the sand attitude is the preferred corporate stance when inviting a boot up the backside.