What do you do with a non-performing line? One Blink and it’s gone! 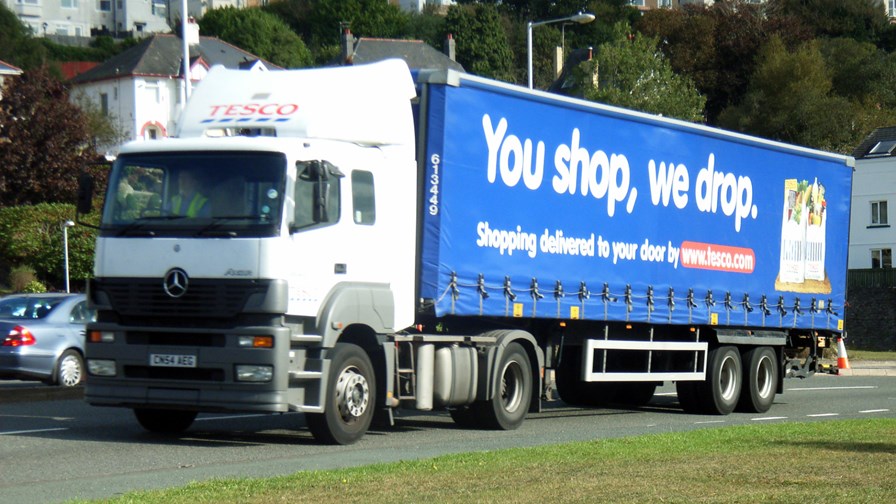 Troubled UK-based supermarket group, Tesco, battered by an accounting scandal, executive suspensions, its share price tumbling, facing a full-scale official investigation by the Financial Conduct Authority (FCA), and losing disillusioned customers by the barrow load, has made a major, headline-stealing decision to save itself some money and put itself back on an even keel. Every little helps.

Yup, it is to sell or close Blinkbox the under-performing video-streaming service that, with much ballyhoo, it bought, very expensively, three years ago. Talk about rearranging the deck chairs on the Titanic.

Tesco is in serious trouble, so serious that in the run-up to the all-important Christmas season, thousands of its Head Office staff are being sent to the shop floor two days a week to run the tills and stack shelves in an effort to get back to basics and learn about customer needs. Ha, ha. Ha, ha! I'll bet the ordinary shop floor staff will make the most of that: "You there, clean up those broken eggs and then the lavatories," and "Mr. Wilkins, you were two minutes late clocking-on. Your pay will be docked by half an hour and if you are late again you will be dismissed." etc etc.

In the greater scheme of things Blinkbox is a sideshow, a distraction. It was bought to take on the likes of Netflix and Lovefilm and failed dismally to compete. It's an also-ran in an overcrowded market (pretty much like Tesco itself is becoming) and really ought to be put out of its misery.

And a mercy-killing seems the most likely outcome. Tesco's CEO, Dave Lewis, says the company is "reviewing options for Blinkbox" and adds that if a buyer can't be found then it will be shut.

Mr. Lewis is a new broom sweeping through Tesco's Augean stables. However, in this particular Herculean labour he won't be able to divert a river to help him clean things out. Philip Clarke, Lewis’s predecessor as Tesco CEO, invested hundreds of millions of pounds in the Blinkbox on-demand service but now its days are numbered and, no doubt, the costs and debts associated with it will become yet one more item on the wrong side of Tesco's questionable accounts.

Ironically, tomorrow (October 3) Tesco will officially unveil its new Hudl 2 tablet. Blinkbox came bundled with Hudl Generation 1 so it will be interesting to see if engineers and coders have been working overtime to remove the Blinkbox app from the new tablet - or whether it'll still be there, a useless appendage hanging around like some out of town Tesco store.

In the UK shoppers are deserting big supermarkets sited on the outskirts of towns and are returning to the old ways, preferring to shop locally, on a daily basis and for fewer items. These days the big weekly shop is done online and delivered straight to the home. Meanwhile the big out-of-town stores are bringing other retailers on-site, opening restaurants, play-areas for children and even creches in an attempt to lure customers back, but to little avail. Indeed, under-used stores are being mothballed and new builds either abandoned unfinished or not started at all. Meanwhile the cut-price discounters such as Lidl and Aldi, often sited in the High Street rather than in some fly-blown, wind-blown peripheral retail park on the edge of town, are cleaning up. Forecasts are that sales from these outlets will double by 2020. The worm has turned and it's not for turning back.

Blinkbox was founded eight years ago by former executives of the UK TV station, Channel 4, in partnership with ex-staffers from Vodafone. In 2011 Tesco bought an 80 per cent interest in Blinkbox from then owners Eden Ventures and Nordic Venture Partners.The amount paid was never disclosed but a widespread rumour had it that Tesco paid "hundreds of millions of pounds" for it.