US broadcasters rage against the FCC’s love of wireless 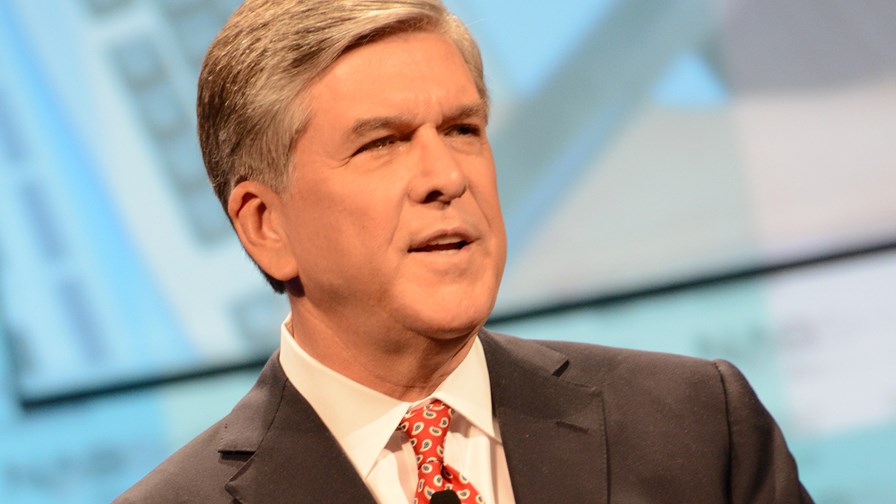 Broadcasters are not getting the respect they deserve, says the CEO of their trade association, with too much attention focused on the wireless companies who “milk, bilk and bill by the bit”.

This week, Las Vegas is home to one of the world’s largest trade exhibitions – the annual NAB Show, held by the US National Association of Broadcasters. Over 93,000 attendees visit the show, and whilst most are from the US, 30 per cent are international.

NAB President and CEO Gordon Smith delivered the annual ‘State of the Industry’ keynote address yesterday, and was highly critical of the broadband and wireless industries.

Smith said that “although change abounds in the media industry, this is an exciting time to be in the media business”. He cited as examples the demonstration of 8K TV by Japan’s NHK, interactive radio on smartphones from NextRadio, and how ATSC can enable broadcasters to synchronise enhanced content via the Internet. It’s a trade show: you expect to see these marvels. You also expect to hear lobbying calls from the industry as it continues its ongoing battle with regulators and policy makers.

“We are beginning to see the incredible power of the convergence between broadcasting and broadband,” said Smith. “A future that includes both is bright. Broadband, much like broadcast radio and television, is a game-changer. But the broadband and broadcast industries differ in our sources of motivation.”

As Smith sees it, broadcasting is all about the individual broadcasters; the men and women who “strive each day to serve their local communities”, committed not only to innovation but to serving the public interest. It’s about using radio and television “for the greater good”.

According to the NAB, the local broadcast radio and television industry contributes nearly $1.3 trillion of GDP and 3 million jobs to the US economy annually. They’re the good guys in the white hats. And riding into town, with unshaven faces and dark hats, is the wireless industry…

“The wireless industry covets our spectrum, because they chew through their massive allocation of spectrum, attempting to deliver the video we deliver far more efficiently,” said Smith, “and they continue to milk, bilk and bill by the bit.”

Broadcasters represent “a competitive threat” to the wireless operators, but Smith is worried that his world view is not shared by the wonks up in Washington.

“On one hand, government can treat us as if we are dinosaurs and does what it can to encourage TV stations to go out of business, he said. “On the other hand, the FCC says we are so important and powerful that two TV stations can’t share advertising in the same market, while it’s okay for multiple cable, satellite and telecoms operators to do so. Which is it? Too powerful or irrelevant? It can't be both.”

Smith believes that the FCC has had a singular focus on broadband these past five years, investing millions in the National Broadband Plan and related inquiries. Doing everything it can to foster better broadband. All at the expense of the broadcasters.

“So I ask, why doesn't the FCC have a National Broadcast Plan?”

As well as the role of broadcast in public safety, he a plan to discuss the role mobile TV and the mobile emergency alert system, about removing the competitive barriers to including FM chips in mobile phones, about capitalising on broadcasting's one-to-many network architecture, and so on.

“This inquiry is critical, because wireless broadband chugs along, buffers and crawls when it comes to video,” he added, and alluding to LTE Broadcast: “If consumers want access to large, live events, broadcasting must be part of the solution.”

“While we understand the goal of freeing up spectrum and believe in smart spectrum policy, an equal aim should be to ensure that broadcasters and their viewers are not harmed in the process,” he said.

The NAB has major concerns about the FCC’s planned incentive auction, believing that it will affect the TV broadcast industry far more than any other industry. Smith believes that those who live in rural communities and low-income areas, minorities and seniors, would be harmed the most by a spectrum incentive auction that is not carried out judiciously.