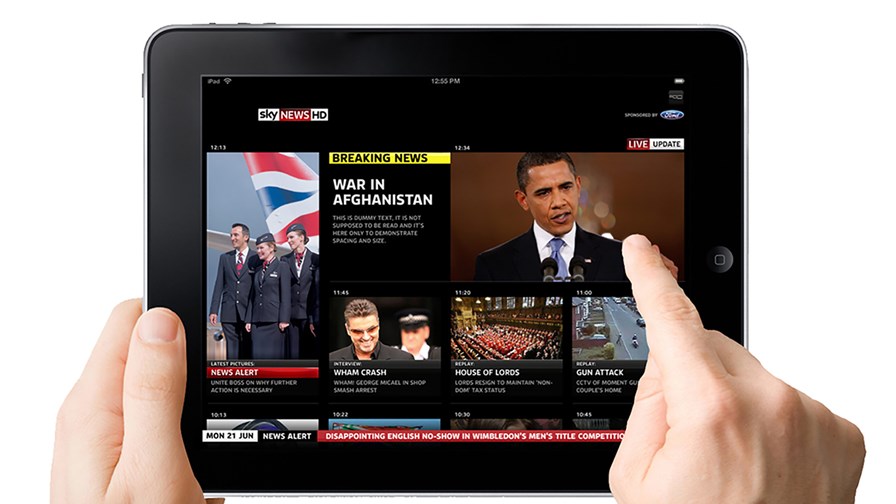 Satellite and cable operators are coming under intense scrutiny as the impact of over the top (OTT) video services continues to dent their market share. There is a remarkable amount of undisguised glee from analysts and media over the rise of so-called ‘cord cutters’ and how the broadcasters and traditional providers are suffering, especially in the US.

A little unfair, but understandable. Those same people were cheering the success of alternative cable and satellite services when they first appeared, sticking it to the terrestrial broadcasters and providing consumers with choice. Now it’s the OTT companies like Netflix and BT who are providing this choice. And if that wasn’t damaging enough, the satellite and cable firms are defending a second front against the efforts of terrestrial broadcasters to launch their own OTT broadband-based services.

This morning, UK satellite broadcasting pioneer BSkyB announced its results for the first nine months of the year. It was widely expected that the firm would report its first fall in subscriber numbers since way back in 1999. Except it didn’t; not quite. It actually managed to sign up 4,000 net new TV subscribers in Q3, which was more than double year on year and up 3,000 on the previous quarter. It now has 10.6 million TV subscribers.

But look more closely and you’ll see that BSkyB has just changed its reporting methods. Rather than counting subscribers to its satellite service, it also adds monthly subscribers to its broadband-based NowTV alternative (it doesn’t count ‘Day Pass’ users who watch films and sport). If you strip out its own OTT service, then the growth was about 10,000 more than expected. According to analysts, the pure satellite TV growth was either flat or down about 5,000 – but BSkyB isn’t making it easy to access this specific data, unsurprisingly.

For the record, I’m about to add to Sky’s woes by cancelling my astronomically-priced basic TV package and sign up to the £10 per month NowTV service, adding it to the pile of boxes by the TV and taking full advantage of BT’s Infinity VDSL service. I suspect I won’t be the only one. For BSkyB, I (and the many others like me) will still count as a TV subscriber, but my ARPU contribution will plummet by at least two-thirds. I shall no doubt use some of the savings to take out yet another OTT subscription.

And there’s the problem – content. When BSkyB was the only player in town, it had all the best content. It could afford to outbid the terrestrial companies and buy the best shows and sports rights. Now though, the best shows are spread across a range of service providers, none of them willing to cooperate and share delivery channels. So if you want to watch the best that TV has to offer (and couldn’t care less about the 1,000s of dross channels out there), you have to spread your cash and subscribe to multiple services.

The effect of this is that the price of premium services is falling (as witnessed by BSkyB’s most basic satellite package being less than half price on NowTV) and so too does ARPU. No amount of value-added extras and bundled products can make up for not being able to watch your favourite show because some other deep-pocketed internet firm has grabbed the rights.

BSkyB is a media giant though, and is fully up for the fight. It is managing to keep ARPU steady at £571 and churn equally stable at 10.9 per cent, but it is starting to rely more on the contribution from its triple-play add-ons. However, net growth in the number of customers who are signing up to its broadband service has flattened at 5.2 million (less than a million additions since Q3 last year). It signed up just 70,000 new subscribers in the three-month period, down 36 per cent on Q2.

BSkyB’s chief financial officer, Andrew Griffith, told journalists that despite Now TV being relatively cheap (although almost double the price of Netflix UK) the company was finding that “a proportion of customers” were buying multiple packages and spending “in excess of what a basic tier TV customer is paying”. We are left to guess at just what that proportion is.

“Our investment in connected TV services is delivering results,” claimed Jeremy Darroch, Chief Executive of BSkyB. “Almost 50 per cent of Sky homes are now connected and this is transforming their viewing experience: connected customers are watching more TV. Our expanded Box Sets service has been particularly popular with a fourfold increase in viewing of top titles like 24 and Game of Thrones. We are making good progress in developing new revenue streams. Our new Buy & Keep service in Sky Store opens up the DVD purchase marketplace for the first time.”

Most users of BSkyB’s service proved reluctant to connect their set-top boxes to the internet – not least because so few people have a wired phone point behind their main TV sets, and BSkyB was ridiculously slow in incorporating wi-fi into its box (it’s only just starting to appear on new versions). In a move that is several years too late, it is offering its existing customers a free wif-fi adapter, although you have to wait three months for delivery…

Once it can get more of its customers to connect their boxes, it should see greater use of its on-demand services, which are now delivered via broadband rather than store-and-keep over satellite.

“We connected a further 600,000 Sky+HD boxes in the quarter to take the connected base to 5 million, nearly half of all Sky TV homes,” said Darroch. “We also added more On Demand content, with a particular focus on building our Box Sets offering. As a result, consumption of On Demand content continued to grow rapidly: weekly downloads in the third quarter were three times higher than a year ago, equating to each connected household downloading on average three pieces of content a week.”

He added: “On Demand viewing now accounts for more than 5 per cent of viewing in connected Sky homes. To put this in context, this means that On Demand is equivalent to the third most popular linear channel in those homes.”

Still, no amount of on-demand content can offset the impact of greater competition for live sporting events. BSkyB is being hurt by BT’s audacious move into sport-focused content, as the telco spends big on lucrative football rights.

Like many satellite and cable providers, BSkyB is no longer the only game in town. Competition is only going to get tougher.

Quarterly revenue was up 6.6 per cent in the nine months to the end of March, reaching £5.66 billion, although profits were down 2.4 per cent to £1.2 billion.