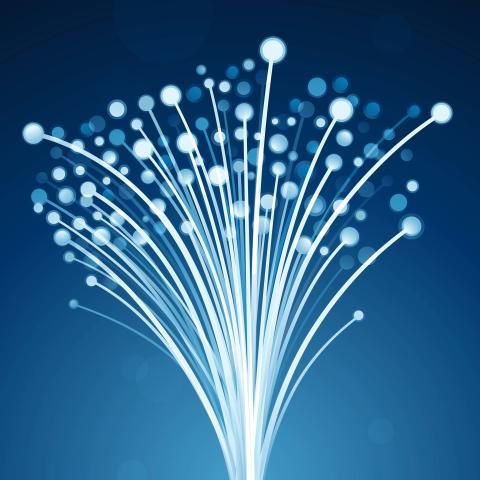 Residents of Huntingdon – a market town in Cambridgeshire – today became the first people in the UK to take part in the field trial of a new type of ultrafast broadband technology from BT.

The trial, which is being delivered by Openreach, is open to all communications providers on equal terms. That means people will have a choice of service provider and any technological developments will benefit the wider industry.

Two thousand homes and businesses will be covered by the trial in the coming weeks. It is already delivering speeds of up to 330 megabits per second (Mbps) - more than ten times the current UK average - using G.fast, a new technology that has been pioneered by BT's R&D division.

G.fast changes the way today’s broadband is transmitted, delivering ultrafast speeds that currently require fibre to be run all the way to the premises (FTTP). This is significant as it will enable Openreach to make ultrafast broadband available to a much larger number of homes and businesses, and in a shorter timeframe, than if it had focused on FTTP alone.

If trials* like the one in Huntingdon prove successful - and if UK regulation continues to encourage investment - Openreach aims to start deploying G.fast in 2016/17 alongside its fibre-to-the-cabinet and fibre-to-the-premises services.

The company believes that G.fast will enable it to make speeds of a few hundred megabits per second available to millions of homes by 2020 and deliver up to 500Mbps to most of the UK within a decade as the technology is developed further.

Culture Secretary John Whittingdale said: "The UK already leads Europe when it comes to superfast broadband coverage and speeds, with around 40,000 more homes and businesses getting access every week thanks to the government rollout.

"We want to stay ahead of the competition and so it’s good to see this continued investment and innovation in the industry. BT is harnessing its world-class technology and engineering expertise to help the UK lead the way on ultrafast broadband and remain a world leading digital economy."

Joe Garner, CEO Openreach said: “Today is the start of a new chapter in building Britain’s connected future. This is the largest trial of G.fast technology in the world and it builds on the pioneering research of BT’s world-class R&D teams.

“We conducted the world’s first G.fast trial in 2013, and our experts have been heavily involved in creating global industry standards for this technology. We're now eager to support all our service providers in learning how customers enjoy the service.

“The people of Huntingdon will play an extremely important role in helping us gauge how the technology performs, and how we might deliver ultrafast speeds to more of the UK over the coming years.”

The trial will run for 6-9 months, allowing Openreach, and its 8 communications provider trialists, as well as BT’s R&D division, to assess the technical performance of the technology across a large footprint.

Various methods of deployment will be used to provide a valuable insight into how the technology can be used on a day-to-day basis, including how usage might grow over time.

The speeds on offer will allow people to stream live ultra-high-definition 4K video content to multiple devices at once, all whilst simultaneously browsing the web, uploading videos and photos, or playing online games.

The company has pioneered research into G.fast technology since 2007 and has been heavily involved in driving the creation of global industry standards in that time. It is working on the trials with international vendors ADTRAN, Alcatel-Lucent andHuawei, and also with chipset manufacturers and global standards bodies, to drive the speed and performance of G.fast technology.