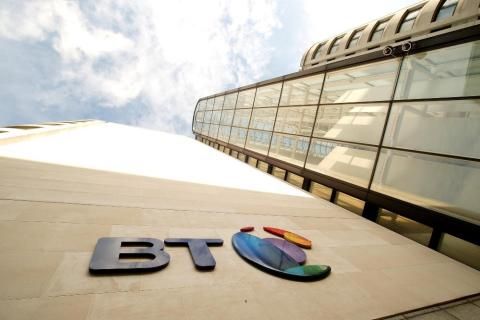 Leaders of organisations involved in an “important new frontier of research” gathered at BT’s Adastral Park for an event to boost regional awareness of the possibilities of quantum technologies and the collaboration opportunities it offers for industry and businesses.

Thanks to an investment of £270m from the government, the UK has the opportunity to become a leader in the creation of new and exciting industries and business models based on quantum technology - a fast evolving field with possibilities across a range of market sectors, from ICT and the components industry to communications, financial services and healthcare.

All the major industry-facing elements of the UK’s National Quantum Technologies Programme were present at the conference, including the four quantum technology ‘Hubs’, each of which is a consortium of academic and industrial partners, led by a major university: Birmingham, Glasgow, Oxford and York. The Hubs focus on specific quantum technologies, ranging from communications and computing, to imaging, sensing and timing. Also present was the new Quantum Metrology Institute that will support the hubs’ work.The collective aim is to stimulate exploitation of the UK’s research excellence in quantum science to promote support of industry around the technologies made possible by it.

The event was hosted by BT and Innovation Martlesham - the park’s technology cluster of over 70 high-tech ICT companies.The Hubs set out how companies can get involved in the quantum programme, and how to exploit the facilities being made available for product and service development.

Dr Tim Whitley, BT’s managing director of research and innovation and managing director of Adastral Park, said: “We are delighted to have the opportunity to host so many leading experts in such an exciting field. Quantum technology is an important new frontier in research that has so much potential to change the way we work, and the UK has a chance to lead the world in developing and exploiting this technology. We’re delighted that BT and other Adastral Park companies have the opportunity to play a significant role in this cutting-edge work over the coming years.”

Earlier this month, BT, Toshiba Research Europe and ADVA Optical Networking, key industry partners in the Quantum Communications Hub led by the University of York, revealed the results of a ground-breaking experiment conducted at Toshiba’s Cambridge Labs, which uses quantum techniques to securely share cryptographic ‘keys’ used in network security. This experiment lays the groundwork for a whole new field of secure fibre optic networks, underpinned by the laws of physics.

The University of York’s Professor Tim Spiller, director of the Quantum Communications Hub, said: “The recent advances in Quantum Key Distribution demonstrated at Toshiba’s Cambridge Labs clearly show the potential for Quantum technologies to transform many areas of our daily lives. This was a new milestone for the protection of our networks and our data.Achievements like this across all industry sectors can create a thriving new market for quantum technologies and make the UK a global leader in this field.”

As a partner in the Quantum Communications Hub, ‘Innovation Martlesham’ – a group of technology start-ups, major IT vendors and spin-offs from BT’s own research operations – has already been invited to take part in the development of new commercial products and services.