Truly telepathetic: Facebook CEO wants 'friends' to send their messages just by thinking about them 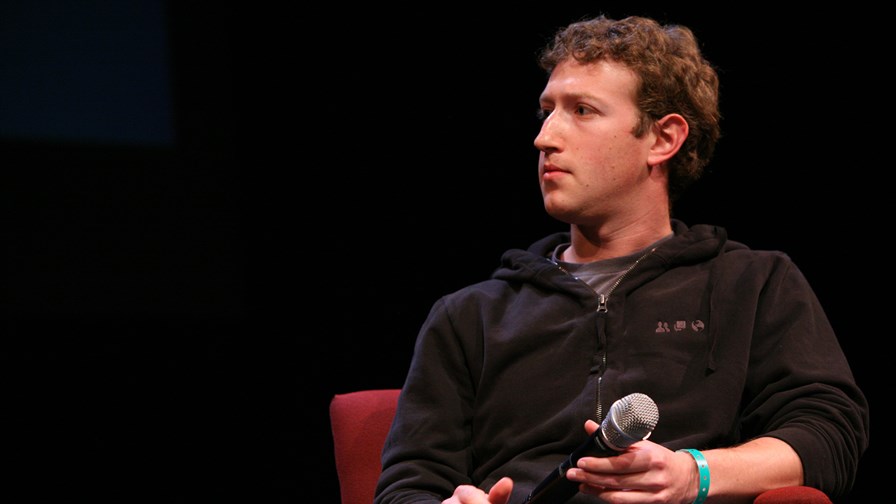 The nice but not-quite-so-young-anymore Mr. Zuckerberg is at it again. He wants Facebook to become so technologically advanced that future Facebookers will be able to inform their 'friends' telepathically that they are paying a post-prandial visit to the privy.

As today's technologies do not encompass though-transfer for the masses, Mr. Zuckerberg actually had to resort to the vox humana yesterday and rely on good old audio and video links to get his messages across in an hour-long and utterly bizarre Q&A session held with interlocutors that included Stephen Hawking, Arianna Huffington and Arnold Schwarzenegger. You couldn't make it up.

By the way, the event appeared in AMA format on the Zuckerberg timeline. (the one that orbits Jupiter) Just thought you might like to know.

In a overly stage-managed stunt that the not-quite so young but equally personable Kim Jong Whatsit would have applauded, Mr. Zuckerberg, who is 31, a multi-billionaire and the CEO of one of the biggest companies on the planet, 'answered' a few softball questions about science, journalism (!!) and his thrice-weekly physical workouts.

Stephen Hawking said that one of his greatest interests is in the unified theory of gravity, a subject he has been grappling with since before Mr. Zuckerberg was born. The professor then asked, "Which of the big questions in science would you like to know the answer to and why?" The Facebook CEO's rather belated reply was that he's "most interested in questions about people." Right. Thank you so much.

Arnold Schwarzenegger, as might be expected, got a plug in for his latest movie, "Terminator 16: Rust Never Sleeps", and asked "Will the machines win?". Zuckerberg said "No", blithely ignoring the fact that, in his case, they already have.

Arnie then asked Mark how he finds the time to "work out" when he is so very, very busy shepherding the world to the broad and sunlit uplands of Facebookland. The answer was, "I make sure I work out at least three times a week - usually first thing when I wake up." There's no possible response to that, apart from a rude one. He added, "I also try to take my dog running whenever I can." The dog's thoughts on this are not known, presumably because it's not telepathic. It growls when it gets hoicked out of its bed at dawn though. Perhaps that's a message in itself.

Mr. Zuckerberg told Stephen Hawking that the questions he most wants to know the answers to are, "What will enable us to live forever? How do we cure all diseases? How does the brain work? How does learning work and how we can empower humans to learn a million times more?

He added, "I'm also curious about whether there is a fundamental mathematical law underlying human social relationships that governs the balance of who and what we all care about." There's a surprise.

He didn't add, "And if there is, how do I go about monetising it?" He might have thought that, of course, but I don't know because I couldn't quite tune in to his telepathic wavelength. In fact I'll bet only his dog knows - and it's too knackered to tell.

Arianna Huffington wanted Mark's take on the future of journalism. Apparently there will be a "trend towards richness and speed" among news organisations when publishing content. Splendid. We'll all look forward to it. I'd like a forward facing seat in a First Class carriage please.

He also opined that in the future "people will read a lot more news" but this insatiable appetite is currently being stifled because "if you click a link online, it takes too long to load." Hence the need for telepathy.

At last getting around to answering a question from a non-celebrity, and one on the future of Facebook at that. Mr Zuckerberg said that whilst most people use text and photos to participate in in Facebook, that will quickly evolve to video, virtual reality and eventually to a state where "we'll have the power to share our full sensory and emotional experience with people whenever we'd like." Actually we have had that in England for several centuries. It's called "Going to the pub."

Mr. Zuckerberg added that the "ultimate communication technology" will allow people to send thoughts directly to one another - whilst putting a lot of stage magicians and mediums out of work (OK. So I made that last bit up).

He said, "One day, I believe we'll be able to send full rich thoughts to each other directly using technology. You'll just be able to think of something and your friends will immediately be able to experience it too, if you'd like." Don't you just love that little "if you like" codicil?

Mark Zuckerberg also let on that he thinks "lots of people confuse happiness with fun. I don't believe it is possible to have fun every day", he said. Who'd have thought it?

Unsurprisingly, The Interwebulator is abuzz with Zuckerbergian-based commentary this morning. This is one of the best of a fine bunch:

"Presently, I am trying to make friends outside Facebook whilst applying the same principles. Every day, I go along the street and tell passers-by what I have eaten, how I feel, what I have done the night before, and what I will do after. I give them pictures of my family, my dog and me gardening. I also listen to their conversations and I tell them I love them. And it works! I already have 3 people following me: 2 undercover police officers and a psychiatrist in a van."