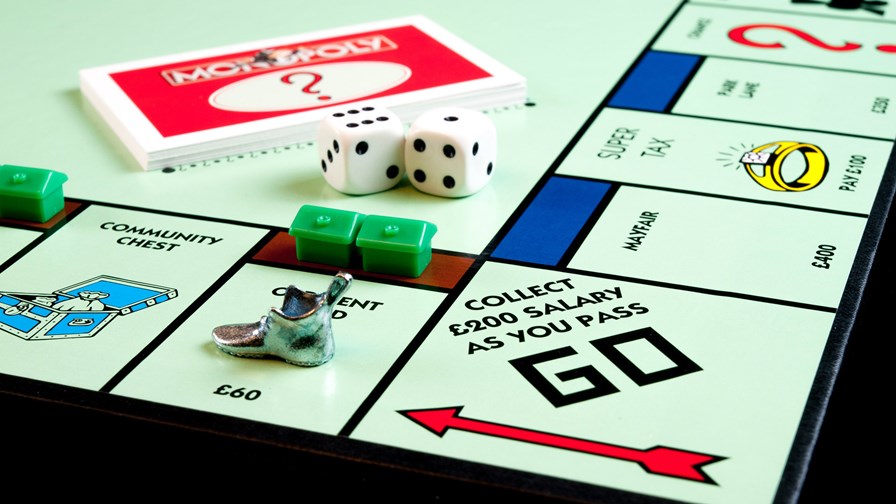 So, the big cash-rich UK incumbent telco, BT, is determined to buy its way back into the mobile market it so foolishly and wilfully abandoned 13 years ago. BT has both 02 and EE in its sights and will, no doubt, bag one of them in due course.

Despite all its wealth and reach and still being the de facto monopoly in many parts of the rural UK thirty long years after it was opened-up to competition, BT, for all sorts of reasons, can't contemplate launching a new mobile network from scratch. Acquisition of an existing cellular operator is the the only viable solution and while such a strategy will make BT a powerful mobile player, market consolidation and convergence is not necessarily unalloyed good news for UK subscribers.

Currently, the UK has a strongly competitive mobile sector and subscribers benefit from that in various ways. However, if (or more than likely, when,) BT buys O2 or EE or some other mobile services provider, it could trigger a wave of consolidation in the UK market that would, in due course, reduce competition and thus be detrimental to customers who would, in due course, face reduced choice and increased tariffs.

In the first instance, as no doubt BT and the others will be keen to assure the punters, competition might get a brief spurring. But it won't last, just take a look at the lack of real competition (and the routine milking, bilking and gouging of powerless customers) in the US market.

In the UK, mobile telecoms would be the first sector to experience the results of BT's change of strategy but the pay-TV sector would soon follow. Such a state of affairs already pertains in much of Europe, with enormous, sprawling comms and entertainment conglomerates dominating the market in everything from premium TV content through to near virtual monopoly over the provision of mobile Internet access and on into 'triple-play' and 'quad-play' bundling.

At the moment a wave of consolidation is swilling crossing Europe and the tide is sufficiently strong and high enough to be attracting the attention of regulators - especially in regard to MVNOs. For instance, both the Swiss and Greek regulators have stepped in to prevent the mobile market in their respective countries being whittled down from three players to two.

Hitherto, received wisdom has held that the more mobile service providers, operators and MVNOs there are in any given market the more competition there will be. However, that model is now perceived to be under threat and regulators in Austria, Ireland any Germany have acted to impose "conditional remedies" in regard to MVNOs involved in mergers.

Now, an MVNO is a very different beast to a fully-fledged mobile national operator which has its own network infrastructure. MNNOs merely piggy-back on someone else's network and provide smallish retail customer segments with services more cheaply than can be afforded by the big mobile companies because MVNO overheads are low and they are under no compulsion to deploy any infrastructure of their own.

Over the past decade and more regulators and other authorities have taken it as gospel that if new entrants to the market are given a degree of preferential treatment to enable them to compete properly and quickly against incumbents, they will, in the fulness of time become fully-fledged operators in their own right by investing in infrastructure and creating mass market brands.

However, this hope though has seldom, if ever, been borne out in practice. Most of the money men behind MVNOs are exactly that, money men, and they no intention of becoming MNOs. Their plan is to sell their MVNO to one of the big boys, as soon as they can, and then retire to Bermuda to count their cash.

So, the market is changing, yet again, and Telefonica's apparent willingness to sell O2 to BT and leave lucrative UK market and retrench behind the protective a wall of the Pyrenees is more than just a straw in the wind. Telefonica wants out. Spain is still suffering (much more than the UK) from the effects of the 2008 financial crash and major Spanish institutions like of Telefonica have enormous debts to service. That's one of the main reasons why the company it has decided to sell assets outside its core domestic and Latin American businesses.

Think back a few years to when it was simplicity itself to put comms businesses in their respective boxes. BT was a landline and broadband access provider, Vodafone was a mobile operator and Sky was a TV company. Not any more. They have all moved-in on one another's territories with the big reward being the fabled and lucrative "quad play." A long war of attrition looms and one for which Telefonica evidently does not have the stomach.