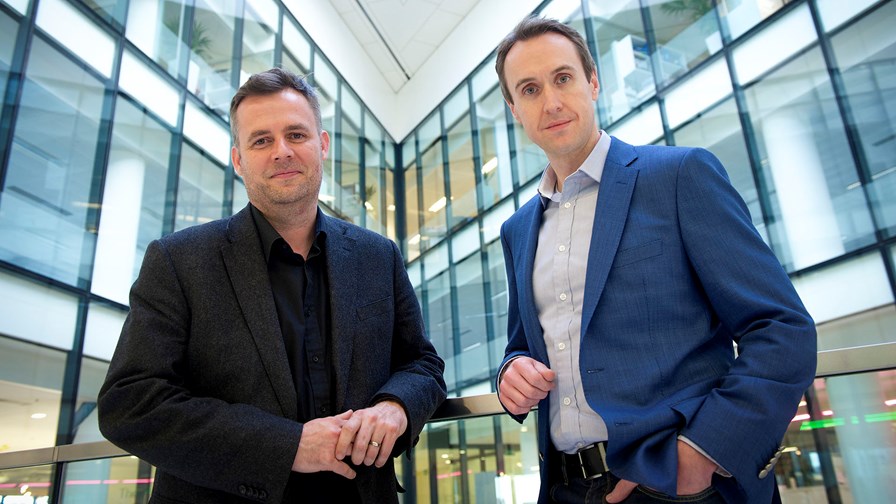 Programmatic advertising is gaining traction in Media Land, so it is about time a major telco decided to enter the fray. Telefónica this morning announced the creation of Axonix, an independent programmatic advertising company company with the financial backing of Telefónica and affiliates of investment firm Blackstone’s GSO Capital Partners (GSO). It claims it is the first mobile advertising exchange platform owned and powered by a mobile operator.

Programmatic advertising could best be described as an automated way of allocating ads to video content, using software and algorithms to match ads to content based on subject matter and other criteria. In other words, it tries to replace the human element of buying and selling with a machine-based solution to deliver real-time advertising.

It is one of the fastest growing commercial sectors of the digital economy. According to research firm IHS, programmatic video ad buying across the UK, Spain, Germany, France and Italy is growing at an average of 77 per cent a year and will be worth collectively €627 million by 2017, when one third of all video ads in those countries will be traded programmatically.

An advertising exchange is a digital marketplace that enables advertisers and publishers to buy and sell advertising space, often through real-time auctions. Axonix will specifically sell mobile ad inventory only, not desktop.

Axonix will be powered by technology acquired by Telefónica and GSO that underpinned the programmatic advertising platform, MobClix.

Simon Birkenhead will be Axonix’s new CEO, leaving his current role as Telefónica’s Director of Global Advertising Sales. Axonix will initially offer a self-service, mobile ad exchange platform to advertisers and publishers globally but with a specific focus on the US, Europe and Latin America. Over 100 partners are already integrated into the Axonix platform.

“Axonix is created specifically for the mobile advertising industry, using technology with a four year heritage in leading this market to offer a central destination for operator-enriched advertising inventory,” said Stephen Shurrock, CEO of Digital Service & Innovation at Telefónica. “We’re proud to be the first telecoms company in the world to own and power a mobile ad exchange platform, demonstrating our unwavering commitment to putting digital services front and centre as we transform into a digital telco.”

Telefonica said its immediate priority is to scale the London-based business quickly and partner with leading brands, agencies, networks and publishers to expand the service globally.

“Through the acquisition of the MobClix technology, as well as our unique data sets as a mobile operator, we expect to become one of the leading global technology platforms in the mobile programmatic advertising industry,” Shurrock added.

Further research from eMarketer predicts that spending on real-time bidding will increase 43.4 per cent this year, and that RTB will account for 54 per cent of all total US display ad spend in 2017, with mobile-based sales accounting for approximately 20 per cent of this spend.

The plan is to use Telefonica’s subscriber data, anonymized and aggregated, through a programmatic trading platform to enable Axonix to deliver improved ad relevancy and performance for its advertiser and publisher customers. The new data-focused, real-time trading capabilities are expected to complement Telefonica’s existing mobile display, messaging, sponsored services and other advertising business units.

A few weeks ago, Microsoft launched its Microsoft Video Network in the UK, following its launch in the US, which will allow advertisers to buy pre-roll video ads programmatically across its MSN content portal, plus content from 350 publishers that are part of its network. The service is supported by Nielsen and comScore, and uses additional in-house data to help with targeting ads.

However, most marketers appear not to have a clear understanding of how programmatic ad buying works, according to a study by the Association of National Advertisers and Forrester. Just 23 per cent of respondents said they understood programmatic buying and use it to execute campaigns. Alarmingly, 29 per cent said they’ve heard the term but don’t have a clear understanding of it, and 12 per cent said they were completely unaware of this way of buying ads.

Another warning from eMarketer’s survey is that about 30 per cent of digital ads bought are fraudulent – raising questions about programmatic advertising, where much of the fraudulent activity is believed to occur.