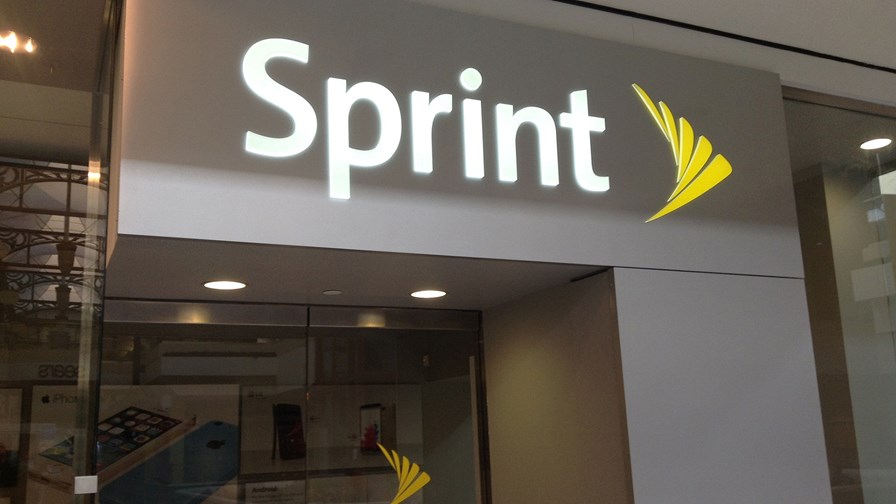 Hesse has been in place at Sprint since December 2007 and is credited with having stablised the ailing number three US telco. But the company needs more than stability if it’s to challenge its two giant competitors, Verizon and AT&T - especially now that Son appears to have abandoned his quest to merge with  T-Mobile.

It’s thought that Son now judges the T-Mobile merger would face too much opposition from US regulators to have a chance of success. So the swap-out of Hesse is a sign that he will now change his focus to sorting out the Sprint network and perhaps looking for new acquisition targets.

Earlier on Wednesday it was reported that 'sources' were saying that Son had abandoned his designs on T-Mobile, Deutsche Telekom’s US mobile operator. The abrupt change was credited to Sprint having decided that “the regulatory challenges were too difficult”, and so abandoning the strategy, but it can’t be a coincidence that this latest move comes just a few days after an audacious bid for a half-share in T-Mobile USA by French number four mobile operator, Iliad (see - No rest for the wicked: Iliad goes after T-Mobile USA).

Observers think that the Iliad bid may have opened up the opportunities for T-Mobile to do a deal (or even several deals), while maintaining its independence, since it indicates (says Fitch Ratings) a likely interest in T-Mobile by a range of overseas players now that they’re fairly sure the US regulators will stall any ‘in country’ consolidation move by any of the other big players.

AT&T failed in its attempted bid for T-Mobile and paid heavily in deal-breaking fees as a consequence. Nobody wants to go there again.

But that leaves T-Mobile in the awkward  #4 hot seat in the US mobile market. That means it’s the operator deemed by its size to have to consolidate with one or more other parties. Consolidate or be consolidated is now the mantra.

Why? A four player to three player consolidation gives you a nice, competition-friendly crowd of three, all the better to avoid profit-draining price wars, so the '3' rule is now conventional wisdom in the financial markets and, as a consequence, in the upper echelons of the mobile industry.

Trouble is - nobody has yet convinced the world’s competition authorities. From a competition point of view those cosy triumvirates are to be avoided.

So given the persistent regulatory ‘problems’ a consolidating merger will certainly present it may be that bringing in a non-US buyer is the only way forward for Deutsche Telekom which wants to sell its US asset or at least part of it, and let someone else have a go at making it a highly profitable enterprise.  On paper that outside player is unlikely to be Iliad.  In comparison to the other players loose in this game Iliad and Free (Iliad’s French operator) are tiny (see graph). But it could be Xavier Niel, Iliad’s CEO, sees other players stepping in and taking part to boost the package  (the Iliad bid is for half of T-Mobile USA). 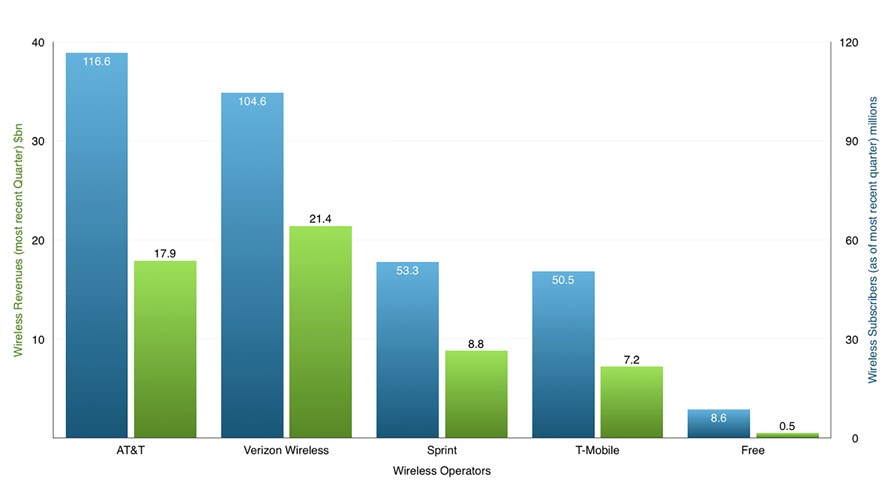 As for T-Mobile itself: the operator’s recent history has seen its fortunes on the rise – customer numbers are up as its charismatic CEO, John Legere, has pushed its ‘uncarrier’ policies out into the market, seemingly making T-Mobile the network to be with, at least for the moment. But despite this success Legere doesn’t believe the company can go it alone. Legere is quoted as saying that he’s going to need partners or acquisitions in the long run to stay in the game – the right approaches (not necessarily from Iliad) are going to be welcomed.

For Softbank?  The US media generally insists on ignoring the real mover and shaker in this story, preferring instead to talk about ‘Sprint’, when explaining moves and deals. In fact the person almost certainly pulling all the strings is Masayoshi Son, the CEO, founder and general all-round Steve Jobs hard man behind Softbank, the owner of Sprint.

That was amply illustrated today with ‘Sprint’ apparently replacing its own CEO, Dan Hesse, and installing instead Marcelo Claure, Sprint board member but originally from Brightstar, a company Softbank (read Masayoshi Son) bought. I think we can safely assume that Son was pulling the strings to get that change done.

It could be that Son is being discounted because he’s been rude about what he sees as the sorry state of US telecoms, which he regards as relatively moribund and certainly falling behind other advanced countries in terms of data service performance – in comparison to, say, South Korea, where Son was originally from.