One number to ring them all and to T-Mobile bind them (well, in the US at least) 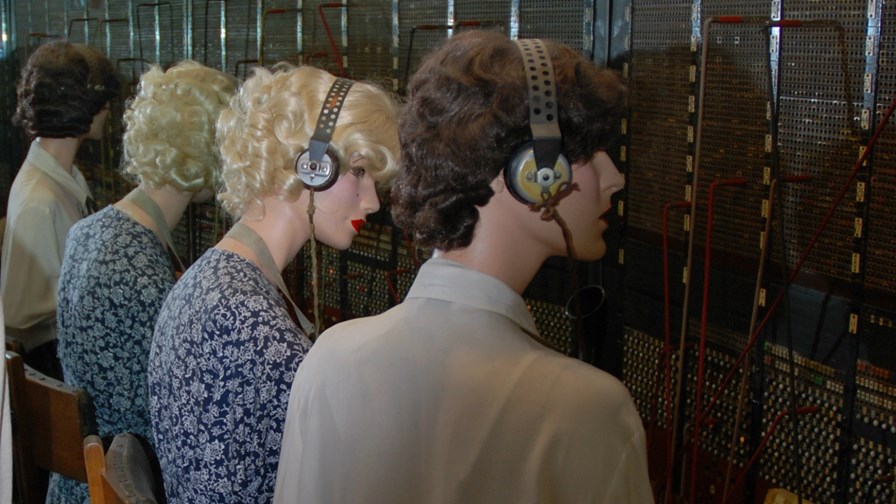 Years ago there was a lot of hoo-hah about the notion that, one day, a 'telephone number' might be allocated to, and thus become the de facto 'property' of, an individual rather than simply pertaining to a particular comms device. And now, according to T-Mobile US, that day has arrived. Never a company to sell itself short in the bugle oil department, T-Mobile US is actually claiming that its 'Digits' service "reinvents the phone number" by permitting subscribers to use the same number on all their comms devices as well as to place multiple T-Mobile US numbers on the same device.

In this context, "all comms devices" actually means mobile handsets, laptops, tablets and some smart watches and Digits also allows those devices to have multiple numbers attached to them such as one number for work and another for personal, non-work circumstances and so on. The service is already being beta-trialled by a small number of T-Mobile US subscribers and will be available to all customers during the first half of 2017. However, the operator is staying schtum on how much Digits will cost. Potential users will be hoping that it won't be an arm and a leg.

Currently, Digits will work across only a limited number of mobile devices but it is already native to some Samsung smartphones - from the Note 5 and Galaxy S6 and so forward.  However, Android and iOS users will need to download the free Digits app.

Revelling yet again in his self-appointed role as industry iconoclast and bane of his competitors, T-Mobile US president and CEO, John Legere, said, "It's time to shake things up. Phones today are nothing like they were just a decade ago, but the phone number has basically stayed the same forever. Digits works just like your T-Mobile phone number, except it is way more powerful. Simply put, Digits is breakthrough technology that won't be replicated any time soon." Well, he would say something that, wouldn't he? He always does.

Mike Sievert, the COO of T-Mobile US, added, "This isn't the first time you can add extra numbers to a device, but this IS the first time you can do it all – multiple numbers on one device and one number on multiple devices – and do it with carrier-grade quality. The service prioritises calls from your phone over other data and that makes calls more reliable and clearer. You can make and take calls and texts on whatever device is most convenient. Just log in and, bam, your call history, messages and even voicemail are all there. And it’s always your same number, so when you call or text from another device, it shows up as you.”

CTO Nevill Ray echoed Mr. Sievert's comments, saying," This [the Digits] solution will work across pretty much anything. I'd almost go so far as to say any consumer electronics device, There are no constraints as there are with these other systems. He added that T-Mobile already has "seven patents and counting" on the Digits technology and that "nobody is coming up with as pure and as integrated and as simple as a solution for the customer to manage."

So much for the hype. The reality is that under John Legere, the raison d'etre for T-Mobile US is to kick its rivals in the teeth, the pants and any other part of the anatomy of the body corporate that will cause the most pain. Thus T-Mobile US first disrupted a complacent industry by doing-away with the dreadful two-year contracts that tied subscribers into very expensive services that were almost impossible to break-away from without paying discriminatory and punitive exit costs.

It did it again when it broke the all too comfortable and cosy link (for the operators that is, not the users) with Wi-Fi calling - an action that put more than a passing breeze up AT&T and Verizon. The strategy has worked and since Mr. Legere took over as CEO, T-Mobile US has more than doubled its subscriber base as millions of consumers churned away from AT&T, Sprint and Verizon to take advantage of cheaper and more flexible services. During that time T-Mobile's share price has quadrupled and it has overtaken Sprint to become the third-biggest mobile network operator in the US.

And now comes another innovation: the separation of handsets and other devices from phone numbers. This is a riposte to AT&T’s NumberSync technology, a service that allows subscribers to use just one phone number across all their connected devices. It is also a direct competitor to Google Voice Apple's Continuity. And that's the point; unbridled, disruptive competition. As a T-Mobile US statement says, “Businesses can give their employees Digits to use on their personal smartphones - even if those phones are on AT&T, Verizon and Sprint,”

Basically, T-Mobile US has developed a brand new IP Multimedia Subsystem (IMS)service management layer and Identity Management (IM) system which gives Digits users their own identity rather than authenticating a device via a SIM card. Furthermore, because Digits uses the core phone network it doesn't screw-up functions such as caller ID.

T-Mobile USis also making much of the fact that it has been working on Digits for a long time and has hedged the technology around with what CTO Neville Ray calls "tons of patents" that will not be made available for other carriers to use. As Mr. Ray attests, "I’m not saying others couldn’t do it [develop their own technologies and patents] but it’s going to take them quite some time.” Or as Mike Sievert puts is (rather less delicately) on a T-Mobile US video introducing Digits to the wider world, "Suck it carriers. You can’t copy this one.” Charming.

Perhaps he should remember that exclusivity is a double-edge sword and the fact that Digits is the proprietary technology of T-Mobile US, means, by its very nature, that it is unlikely to become ubiquitous across the entire US mobile universe.

That said, T-Mobile continues to shake the coconuts at the top of mobile industry tree and as it seems probable that the Trump administration will be pro-deregulation, it must now be on that cards that what was being hunted a couple of years ago (T-Mobile-US) will soon become the hunter (of Sprint). In other words Digits will be giving the finger to the established US industry.