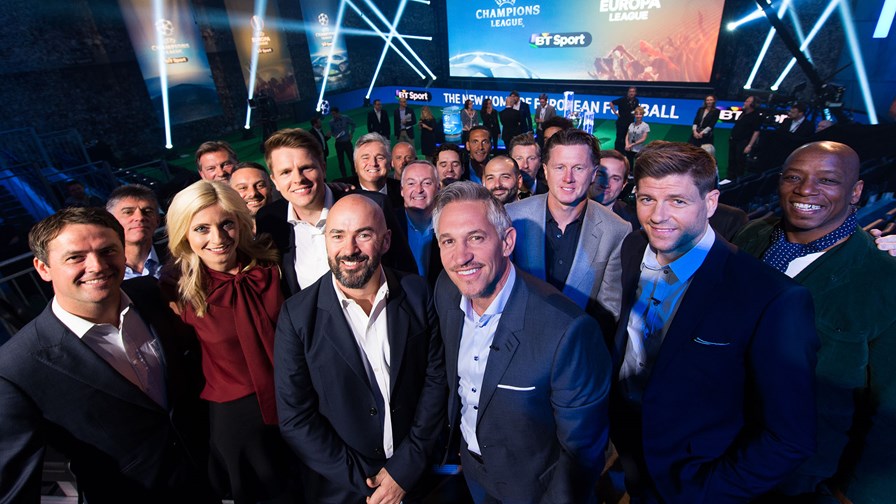 There’s no doubting the ambition of UK telco BT to become a major player in the country’s pay for view broadcast market, despite the fact that it currently only has six per cent of the UK’s Pay TV subscriptions. First it spent a small fortune on securing premium sports rights, including the TV crown jewels that is live Premiership Football. Now it’s upping the quality to start broadcasting in 4K UHD. That six per cent number could soon reach double figures.

Whilst many assumed it would be satellite giant Sky that would be first to offer 4K to its customers (for a hefty price increase no doubt), it looks like BT will beat them to it. The telco is launching a 4K sports channel in August and will be dishing out a new UHD YouView set-top box to subscribers. Interestingly, they are discarding the 4K terminology in favour of branding the service “Ultra HD”, which is making increasing sense as more an more TV sets are being similarly branded, and 4K is just a little too close to 4G and will no doubt lead to much consumer confusion.

BT Sport Ultra HD will be the first UHD sport channel in Europe and will feature Barclays Premier League, FA Cup and UEFA Champions League games, as well as Premiership Rugby. The new YouView+ set-top box will include 1TB of storage, which should be enough for 250 hours of HD content. No news though on whether the service will also support 4K streaming from Netflix.

“Given the current lack of sufficient UHD content and infrastructure work required to support a 24 hour linear channel, the first UHD Pay TV services are likely to be delivered on demand,” added Watkins. “Sky would appear to be in a favourable position to launch a UHD service, considering that SES Astra has already demonstrated a UHD channel using the very satellite that Sky uses for its services. However, the company has refused to confirm any plans for a UHD service, citing its concern over the lack of industry standards.”

BT’s UHD package will only be available to BT broadband customers that use its Infinity “fibre” VDSL service, which isn’t surprising considering the bandwidth required for 4K delivery.

CityFibre completes a £1.125bn financing in the largest ever capital raise for UK Full Fibre deployment