Afterglow! Orange's bright future is all behind it as far as UK is concerned 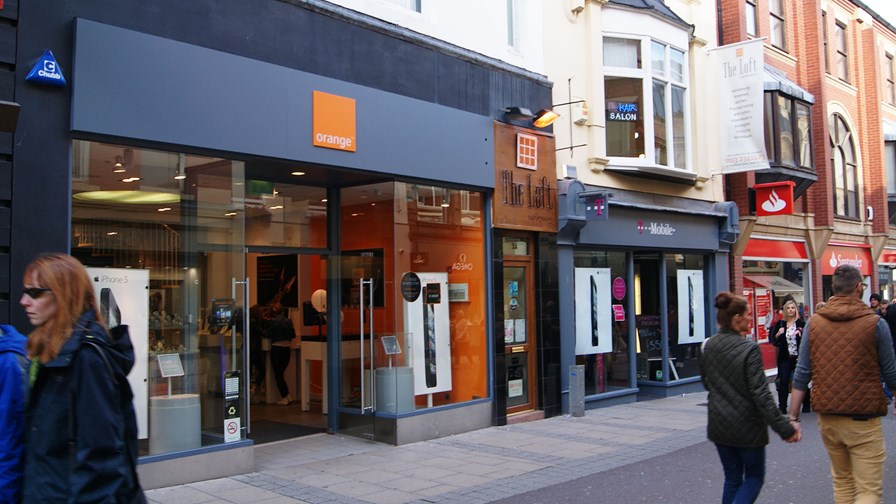 EE by gum! After 20 years the Orange mobile brand is to disappear from British shores - as is that of its rather less well-known sister company T-Mobile - as parent organisation EE (that's the hubristic Everything Everywhere as was) seeks to expunge the colour from Britain's collective memory and convince the population that EE 4G forms the sunlit communications uplands towards which we should all be marching while singing the company song.

Orange has a convoluted history. It actually began life way back in 1990 when the 'Microtel Communications' consortium was formed between British Aerospace (BAe), Millicom and Matra of France and Pactel of the US. That didn't last long and within months the Orange brand name was the sole property of BAe. Then, in the summer of 1991 Hutchison Whampoa of Hong Kong acquired 65 per cent of Microtel in an inexpensive stock swap - and thereby hangs a tale.

Microtel had already acquired a licence to develop what, in those days, was called a personal communications network (remember PCNs?) in the UK. Meanwhile, In Calgary, Alberta, Canada an hotel manager by the name of Hans Snook, bored with his job decided to take off on a round-the-world trip.

Rocking-up in Hong Kong he soon became CEO of a local wireless paging business that was soon snapped-up by Hutchison Whampoa. Hans Snook stayed-on and, in 1992, was sent to the UK where he was initially in charge of trying to do something to salvage Hutchison's 'Rabbit' phone network. Rabbit was a sort of 'missing link' between wireline and true mobile telecoms and it went the way of the Neanderthals. You can still see dusty and rusting wall-mounted Rabbit connection point signs on buildings in England, particularly in Manchester and London where the service was most widespread - but their creators are long gone.

For Rabbit was a 'telepoint' service and subscribers (there were only 10,000 of them at the height of Rabbit's 'popularity') had to tote around a cordless (CT2) handset from home and were able (sometimes) to make an outgoing call when, it was claimed, they were within 100 metres of a Rabbit transmitter. In fact users had to be a darn site nearer than that and the Rabbit was shot just in time for Christmas lunch 1993, a mere 20 months after its inception. By then the service has less than 2,000 subscribers.

It is estimated that Hutchison Whampoa lost £183 million down the Rabbit hole. It was doomed from the start; partly because it was not able to permit users to take incoming calls even as the price of analogue mobiles services and handsets from Cellnet and Vodafone were falling and digital GSM was looming on the horizon.

So, Hans Snook turned his attention to the creation of the UK's fourth mobile network, which became Orange. I was one of the journalists present at the launch and although we were sceptical about Orange's novelty name, we'd all met Hans several times before and liked him, not least because he wasn't another "knit-yourself a telecoms CEO" clone.

With his black leather jackets, open-necked shirts and a professed preferences for several beers, alternative medicine and the occasional shot of colonic irrigation, he was about as far away as you could get from the conventional suit (indeed he looked more like a journalist than most journalists) and he was respected for it.

While Hans Snook was at the helm, Orange did brilliantly well. It was technogically proficient and gained a reputation for excellent customer relationship management. Indeed so powerful was the brand and so good the service that Orange soon made it into the important FTSE 100 Index. However, and as we all know, that happy state of affairs didn't long survive France Télécom's (FT) acquisition of the brand in 2000.

FT used the Orange brand liberally and plastered it all over all its other mobile comms businesses and divisions. Indeed France Télécom itself, the country's venerable incumbent operator, is now Orange S.A.

Back in Blighty, Orange UK merged with Deutsche Telekom's T-Mobile UK to become the 50:50 joint venture that is EE. With neither partner able to dominate the union and so and dictate policy or strategy to the other, disagreements became commonplace as the brand slipped in public perception and gained a reputation for abysmal customer care

Fast forward to today: 'Which?', the influential organisation, website and magazine that champions consumer matters, has been tracking the UK's mobile operators and surveying their customers for years and its latest report (published in the May 2014 edition) sub-headed "Why you should cut off these four mobile phone providers" states that Orange, Vodafone, EE and T-Mobile are "at rock bottom" as far as far as public perception of their services are concerned.

It adds, "None of the big providers managed more than a two-star rating on their contract deals... many of the big brands are actually getting worse. We have already highlighted the poor value-for-money ratings they receive. But that isn't the only customer complaint - none [of the big four] managed a good rating for the customer service they provide, while contract customers told us they often found them difficult to contact."

The critique continues, "These four phone giants may have millions of customers but our survey shows that many of them are unhappy with the service they receive. These companies' customer scores lag far behind those of smaller providers and our tracker shows that this isn't a new thing - Orange. Vodafone, T-Mobile and, latterly, EE, have consistently received lower satisfaction scores over the past five years. Most of us have phone deals with one of the big networks but you'll usually get much better service from a smaller brand".

Given that level of criticism and growing customer dissatisfaction it is scarecely surprising that FT has decided the Orange brand is to disappear from the UK.  Indeed Orange's High Street presence is already no more as the initials 'EE' now adorn the 600 tarted-up storefronts and now the online Orange is to go the way of the dodo.

Mind you, new(ish) though it may be, Orange/T-Mobile's latest iteration, EE, already has its work cut out to establish itself as a credible and caring service provider. New figures from UK company OpenSignal, which provides statistics on '4G' coverage in Britain, points out that "UK users have access to 4G services for just 53 per cent of the time". Meanwhile the "Which" report concludes that "while EE has the most extensive 4G network, only half its contract customers would recommend its services".