Turkey exceeds expectations with 4G spectrum auction, having backed away from 5G 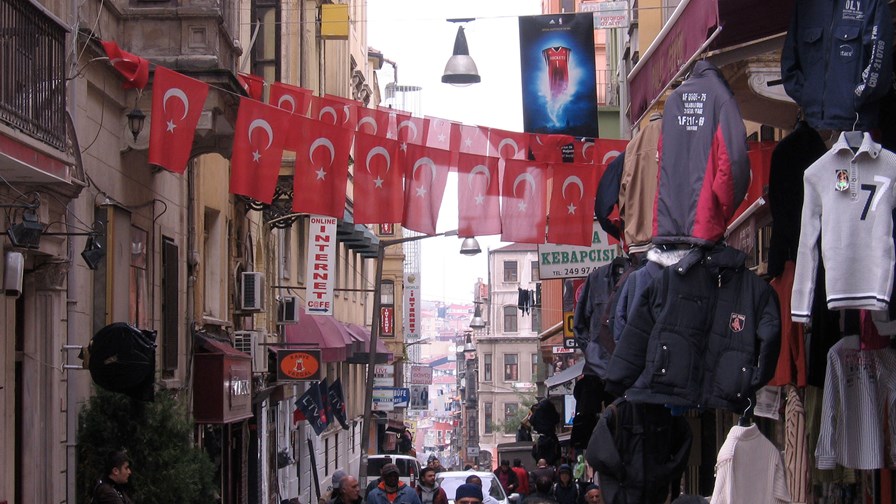 Turkey’s 4G spectrum auction raised €3.36 billion for the government, according to the country’s regulator. Vodafone, Turkcell and Avea (owned by Turk Telekom) all acquired spectrum, subject to regulatory approval, and were the only three bidders in the auction – and the only three mobile operators in the country.

The auction almost never happened, due to President Tayyip Erdogan’s intervention in May when he strongly suggested that Turkey skip 4G and instead hold a 5G auction. We ought to applaud whichever brave soul had a quiet word with Mr Erdogan and made the point that there are no standards yet for 5G, or allocated international spectrum, nor indeed any consensus on which technology will form part of the eventual standard when it finally appears in commercial networks from 2020. It obviously worked, as after a brief delay – and a failed half-measure attempt to brand the auction as being “4.5G” – the 4G auction got back on track, to relief of all involved.

According to ICTA, Turkey had approximately 72 million mobile subscribers in Turkey at the end of Q3 last year, with an adult penetration rate of 112 per cent. Turkcell had a 48 per cent market share, with Vodafone on 29 per cent and Avea close behind with 23 per cent. The government has said it wants to see 90 per cent population coverage for LTE within the next six years.

Turkey’s Information and Communication Technologies Authority (ICTA) had set a minimum price of €2.3 billion for the 20 blocks of the 800, 900, 1800, 2100 and 2600MHz spectrum. A fourth bidder was invited to participate, but only for the 2600MHz spectrum. However, in the end Netgsm decided not to make a bid.

Turkcell was the biggest winner of the auction, spending a total of €1.62 billion for the largest amount of new spectrum (172MHz – or 44 per cent of the total 390MHz) across all five available bands. It says that it will commence its “4.5G” services (LTE-A) from April next year, and that “Turkcell will be the only operator in Turkey to provide the fastest 4.5G speed of 375Mbit/s achievable with this technology through carrier aggregation.”

Vodafone Turkey secured 82.8MHz of spectrum for €778 million across all bands except 2100MHz (where it already has 35MHz in use). It said that “the overall quantity of spectrum bought will allow Vodafone Turkey to offer enhanced 4G+ data speeds using LTE Advanced technology”.

Avea has yet to make a statement at the time of writing, but if we are to believe the €3.36 billion total, then that would put Avea’s contribution at €962 million.

(NB: there are reports elsewhere on the web that the auction raised €1.14bn; this is incorrect. Another puts it at €3.96bn. We understand that the €3.36bn amount is the correct one, but the confusion is not helped by a lack of official information from the regulator).