Fight! GSMA expects a clash of continents at WRC-19 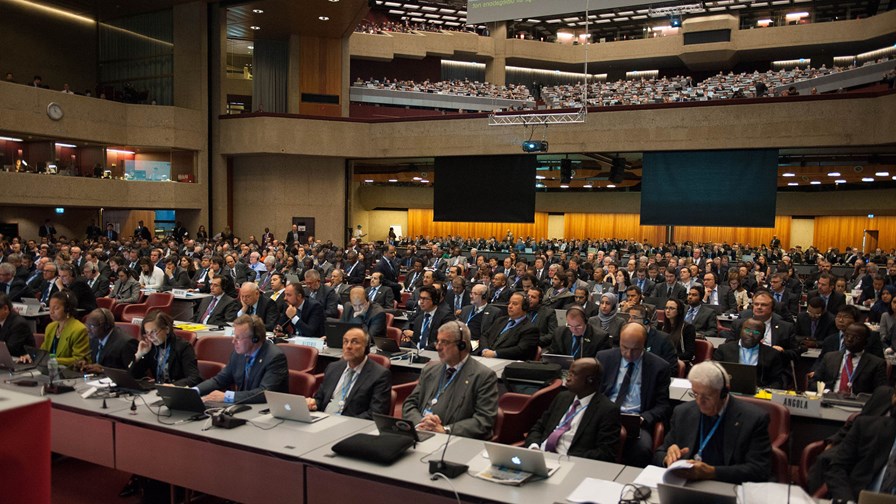 The GSMA is flagging up what it expects to be a looming clash between the “US and Europe over 5G’s future development at The World Radiocommunication Conference WRC19”.

For those only vaguely aware, the WRC is a marathon four-yearly three week conference where official delegations and interested parties from every nation convene to thrash out spectrum issues (mostly). Amongst all the brain-numbing technical talk, crucial commercial and political issues are usually sitting in the background, ready to come swiftly to the foreground when major differences between various global interests have broken out.

Given the four-year cycle, all the major issues and positions are well-known, the sides having spent their time preparing their arguments, churning out supporting technical data and canvassing global support.

Never one to downplay cause and effect, it threatens the usual doom and destruction should 5G players not be assigned the spectrum they need, claiming $565 billion worth of  5G economic global expansion is at risk over the next 15 years if next-generation 5G services can’t get access to “a specific strand of radio frequencies, known as ‘millimetre wave’ frequencies, which are set to be identified for use by mobile operators at WRC-19.”

It claims efforts by ‘Europe’ to unreasonably constrain the use of these critical frequencies due to unfounded claims of potential interference with some space services has 5G’s future hanging in the balance.

“The stakes are high - a new generation of 5G services and the economic growth accompanying them will depend on the spectrum decisions taken at WRC-19,” said Brett Tarnutzer, Head of Spectrum, GSMA. “We are calling for Europe to join the US in taking a pro-5G stance at WRC-19 to protect its digital future. Some administrations are still determined to limit mobile use of airwaves that 5G requires to reach its full potential. This protectionist attitude will have consequences for our global economy if allowed to prevail.”

According to  Tom Power, Senior Vice President & General Counsel, CTIA. “Reports indicate that the fastest 5G peak speeds today are in the US, and that’s because the US was the first to deploy mmWave. The benefits of using this spectrum are clear but only through global harmonization at WRC-19 will all regions gain the greatest value.”

In fact, the benefits of deploying mmWave spectrum are still far from clear.  In addition to worries about satellite interference there’s the larger matter of mmWave’s distinct limitations in terms of range and building penetration, and while the US may have isolated pockets of peak mmWave speed (which, by the way, very few applications require) it’s also still unclear how quickly ‘real’ 5G is actually being built out in the US due in part to the greater density of base stations required to support the higher frequencies.

Meanwhile in Europe, carriers have gone for so-called mid-band frequencies which, when applied to 5G networks, appear to provide adequate speed and capacity for the foreseeable future.

So why not just quieten down and allow each geographical block to deploy the 5G spectrum it wants, when it wants? Subject, of course, to there being no interference with satellites?

The GSMA argues that harmonised global standards for spectrum are necessary to enable global roaming, enlarge manufacturing scale for attached devices and cell infrastructure, and to ensure that applications are not compromised when moving from place to place.

This one is going to run and run. The WRC conference starts next week.