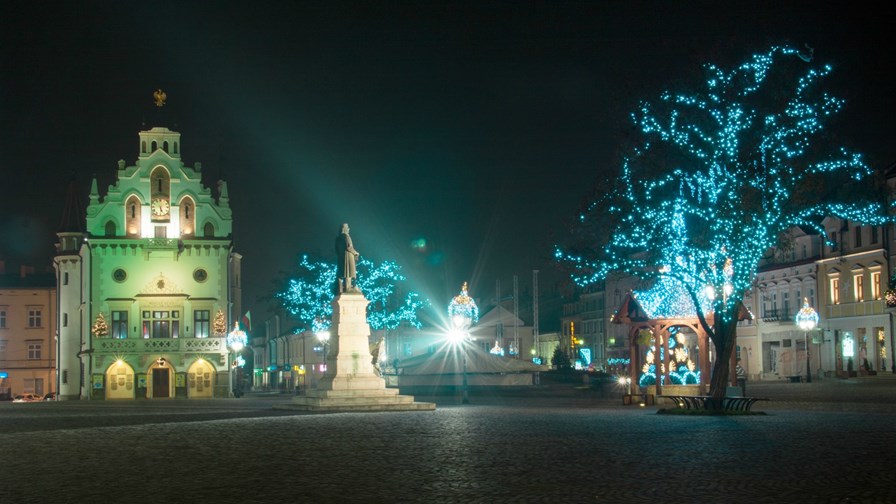 When anyone, anywhere, considers the concept of "smart cities" few will think (or even know) about the collection of tatty wooden huts in the grounds of Bletchley Park, in the Bedfordshire countryside north of London where the Nazi Enigma cypher was broken in the early summer of 1941 by what were, in reality, the world's first computer scientists. The Government Code and Cypher School team, led by Alan Turing, is credited with having shortened the Second World War by at least two years, saving untold numbers of lives and greatly helping to put an end to one of the vilest regimes ever to plague the face of the earth. Bletchley Park remained the toppest of top secrets until comparatively recently but is now that its work is known it is ever-more widely regarded as the first example of a "smart city", small and village-like though it was.

That's because the taxonomists (those academics who spend their working lives making lists of lists of lists and then do the same, off duty, by making lists for the weekend shop but then forgetting half the stuff they meant to buy), put smart cities into three categories: Orchestration Intelligence, (where authorities and groups establish institutions and community-based problem solving and collaboration, such as in Bletchley Park), Empowerment Intelligence, (where authorities and groups provide open platforms, experimental facilities and smart city infrastructure to cluster innovation in certain districts, such as the Kista Science City in Stockholm, the Cyberport Zone in Hong Kong), and Instrumentation Intelligence, (where city infrastructure is made smart through real-time data collection, with analysis and predictive modelling across city districts). Instrumentation Intelligence is predicated on the existence of a common IP infrastructure that is open to researchers to develop applications, wireless meters and devices transmitting information, enterprises and domestic homes being provided with smart energy meters and facilities such as electric vehicle recharging stations and energy saving street lights.

That's the theory, but smart cities can only flourish if the myriad challenges surrounding network connectivity, standardisation and data governance are resolved. So far that has not happened in any globally meaningful way. Why? Because the most basic necessity, superfast, inexpensive, ubiquitous broadband connectivity simply isn't available. Sure there are a few islands of superfast connectivity dotted around the globe but, for the bulk of the world's population, the superfast smart city pipe remains a distant pipe dream.

The emergence of smart cities is a piecemeal affair with each showing different development characteristics based on a combination of politics, economics, social structures and even religions. That said, there are some organisations, such as the Open and Smart Cities alliance (OASC) which advocate a collaborative approach to smart cities. The basic thesis of the OASC is that one megacity city does not a market make and therefore an open smart city market must be created based on the needs of urban communities, interoperability, and standards.

The point is that smart cities are about and for human beings and simply deploying technology for technology's sake is not the answer. In England, the Bristol is Open smart city project was conceived and based on heterogeneous software-defined networks that are technology-agnostic where open 'standards' such OpenFlow and OpenDaylight hold sway and determine future developments and policies. Bristol is Open's approach is to deconstruct vertical, silo-ed applications and make all data available in an open ecosystem. It''s a laudable aim but a big ask, not least because of the question of who, ultimately will control all that data. Data governance is all important in a smart city environment and, as a spokesperson for the Bristol initiative says, “If the city gives control of its data to a large multinational there will be a huge backlash".

Plenty of case studies are available about grandiose plans being laid to transform places such as Beijing, Mumbai, Sao Paulo and Tokyo into supersmart megacities, this year, next year, sometime, never, so it is a change and a pleasure to be able to write about a much smaller scale but nonetheless very impressive initiative to turn Rzeszów, (pronounced "Shashov" in English - I think - and hope!) in southeastern Poland into a smart city in its own right.

With a population of about 200,000, Rzeszów is the biggest city in southeastern Poland, and it is growing fast despite the fact that at the moment, only two Polish cities (Rzeszów and the capital Warsaw) are increasing in size. A comparison of the growth of GDP throughout Poland as a whole and of Rzeszów as a city over the past decade shows that while Poland's Gross Domestic Product rose by 34 per cent, in Rzeszów it grew by 58 per cent. Much of this is down to the city's go-ahead policy of attracting and establishing high-tech industries including aviation, astronautics, chemicals and ICT. Rzeszów is a central part Poland's "Aviation Valley", more and more enterprises are moving in and salaries are about 25 per cent higher than in many other Polish cities.

Rzeszów also has the largest number of university students in Poland, some 60, 000 of them, the highest number of students per 1000 inhabitants in the whole of the European Union. On graduation, move from university and straight into jobs in the city, which gives a further important impetus to the city's smart credentials. The municipality is concentrating on building new infrastructure ranging from road and rail and air transport initiatives through to broadband and comms. More than 500 Wi-Fi hotspots provide broadband to under-served homes and business on the city outskirts and 187 schools and city buildings have 200Mbps broadband links whilst over 650 fixed and 400 pan-tilt-zoom CCTV and automatic number plate recognition cameras monitor public safety and traffic.

Central to Rzeszów's success is the city's smart city network that is both a case study and excellent proof of concept demonstrating how millimetre wave can transform urban connectivity. (Millimetre wave is the band of spectrum between 30Ghz) and 300Ghz. Researchers are testing 5G wireless broadband technology on millimetre wave spectrum).

In developing its Metropolitan Telecommunication Network (MTN), Rzeszów uses point-to-multipoint (PMP) technology and 26GHz spectrum which is a frequency assigned by the EU as a ‘pioneer band’ for 5G. Among other services the city provides superfast fixed wireless, free public Wi-Fi hot spots, CCTV and an Intelligent Transport System. They are enormously popular and having deployed them, the city’s annual telecommunication costs have fallen by 60 per cent.

Rzeszów 's smart city initiative was developed by Cambridge Broadband Networks CBNL) in England and was voted Best Digital Transformation Project at the Global Telecoms Awards 2017. One of the main aims of the MTN was to overcome social and economic barriers by providing ubiquitous free fast broadband to all the city’s residents and to drive socio-economic development broadband to via schools, government offices, businesses and cultural hubs. The aim was to create sustainable economic growth and make Rzeszów one of the most attractive cities in the region for residents, enterprises and visitors alike. It has already succeeded beyond the even the most optimistic expectations and continues to strive for ever-greater smartness.

Broadband penetration in Poland used to be dismal. OECD figures for 2005 show the penetration rate was just 15.6 per cent and many parts of the country had no broadband access at all. Things have improved mightily since and Rzeszów got EU funding that allowed it to partner with system integrator VSAT System and with CBNL, whose 26GHz PMP technology proved to be  the key solution. By adopting a highly cost effective PMP architecture, Rzeszów could unlock the vast capacity of millimetre wave that hitherto had been the domain of much more expensive point-to-point solutions. Licensed PMP can save up to 50 per cent of the capex, opex and  total cost of ownership compared to PTP or fibre.

26GHz PMP hub sites are housed at 17 points-of-presence across Rzeszów, each providing 360 degree coverage with a 3 to 5 mile range. Each 26GHz PMP hub site offers up to 2.4Gbps network capacity, alongside the highly robust services associated with licensed spectrum. The city configured the 26GHz network to deliver typical broadband speeds of up to 200Mbps uplink and downlink and CBNL’s millimetre wave technology offered broadband speeds that were up to 200 times faster than before the MTN was deployed - and it's future-proof as it comes with the inbuilt ability to scale and deliver multi-Gigabit speeds as needed as tine progress. What's more, CBNL’s licensed PMP solution included dynamic µ-TDMA technology which, by intelligently reusing spectrum, is able to offer t2.4Gbps capacity from just two 56MHz channel pairs – four times more spectrally efficient than PTP.

Although telcos routinely used PMP at 26GHz for backhaul and fixed wireless it has never before been applied in municipal environments and Rzeszów is the first city in the world to take best practice licensed PMP from the mobile industry and apply it to a municipal network. This has enabled the city to transform digital coverage to a scale that is not possible with any other technology, creating sustainable conditions for growth and laying the foundations for a gigabit society.

It's great story but there are people out there that remain extremely sceptical about the whole "smart city" thing. For example, in the latest edition of The Atlantic magazine, published this very week, the US science fiction writer and a founding father of SF's "cyberpunk" sub-genre, Bruce Sterling, casts a jaundiced eye over the subject and finds it wanting. He writes, "the term “smart city” is interesting yet not important, because nobody defines it. “Smart” is a snazzy political label used by a modern alliance of leftist urbanites and tech industrialists. To deem yourself “smart” is to make the NIMBYites and market-force people look stupid."

He continues, "Smart cities will use the techniques of “smartness” to leverage their regional competitive advantages. Instead of being speed-of-light flat-world platforms, all global and multicultural, they’ll be digitally gated communities, with “code as law” that is as crooked, complex, and deceitful as a Facebook privacy chart."

Well it's a point of view and, whether you agree with it or not, it does make a refreshing change from the endless churnings of the  tech industry's marketing hype machine as it begins to turn away from puffing network virtualisation up into the stratosphere and begins to focus on smart cities. ​ "Twas ever thus in this lark.