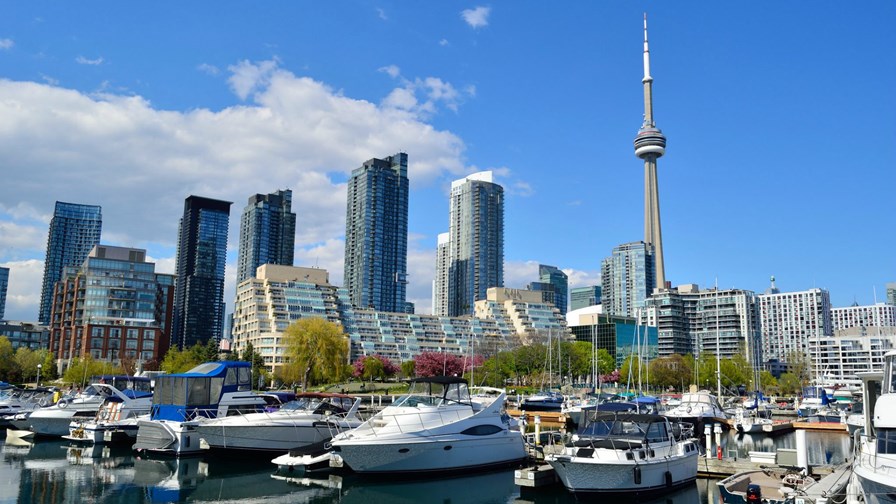 Using the "sustained unpredictabilities" resulting from the corona virus pandemic as a convenient excuse, Sidewalk Labs, a subsidiary of Google's over-arching Alphabet company, has suddenly cancelled an ambitious (or, as many critics had it, "overweening") plan to transform a largely derelict section of Toronto's waterfront some 1.5 kilometres east of the Downtown district into a "super-smart city".

So, as far as the project's dwindling band of supporters is concerned, it is time of "great sadness and disappointment" as the brainchild of Canadian prime minister Justin Trudeau and the former CEO of Google, Eric Schmidt bites the dust. But there has been a countervailing cry of "good riddance" from the ever-swelling phalanx of dissenters who came to view the project as a prime example of corporate hubris writ large as well as a serious threat to privacy amid massively escalating costs.

The idea was to take the blighted area and turn it, "from the Internet up" into "Quayside", which the company PR machine modestly described as "the world's most technologically advanced neighbourhood" that would be "a blueprint for the 21st-century urban neighbourhood." Now though, and for an indeterminate period into the future, the site will remain a Google-free dockside area fronting Lake Ontario but separated from the Distillery Historic District and the delights, (when it re-opens) of Cluck Clucks Chicken and Waffle house by an un-navigable tangle of railway tracks, marshalling yards and the deeply unlovely, and literally divisive, Gardiner Expressway.

In a blog post the CEO of Sidewalk Labs, Daniel Doctoroff, a man whose name has an almost Shakespearian resonance given the times we live in, wrote that the company will "no longer pursue the Quayside project", because the "unprecedented economic uncertainty which has set in around the world" [thanks to the pandemic] has made it "too difficult" to carry it through.

That's his story, and he's sticking to it. However, others see the decision as a handy and easily-defended get-out from commitment to an enterprise that had been held back to a size and scope at which the company would not have been able to make as much money as it had originally expected.

When the development was first mooted back in 2017, Sidewalk's plans were based on being granted control over an area of properties and other waterside assets spanning 12 acres. However, the company soon revealed that it wanted to "up-scale" the development to 190 acres now and up to 800 acres in the future, a proposal that met fierce opposition from Waterfront Toronto,  a partnership between the City of Toronto, the Province of Ontario and Government of Canada.

Google's 190 acre land grab would have generated massive profits given the size of the company's proposed investment in the scheme but a mere 12 acres didn't cut the financial mustard. In his recent blog post Daniel Doctoroff admitted as much, writing, “As unprecedented economic uncertainty has set in around the world and in the Toronto real estate market, it has become too difficult to make the 12-acre project financially viable without sacrificing core parts of the plan we had developed." The fact is that Google was looking for quick and convenient way out which was eventually provided by the relentless global march of a wayward string of RNA molecules.

Sidewalk's flashy 2017 brochures and marketing collateral made much of equally flashy technologies including wooden framed office and residential tower block that would be able to shuck on high tech slickers that would protect the buildings from rainstorms and snow. There would be heated sidewalks to keep them ice-free in winter and refuse collection by robots and autonomous vehicles.

They didn't cut much ice with Waterfront Toronto which described several aspects of Sidewalk's proposals as "irrelevant", "unnecessary" and - best of all - "frustratingly abstract." Then the influential US venture capitalist, Roger McNamee, who was an early investor in Google, publicly warned that technology companies simply can't be be trusted safely to manage the data they collect on residents. In a letter to the Toronto City Council he wrote, "The smart city project on the Toronto waterfront is the most highly evolved version to date of surveillance capitalism" adding that Google will "use algorithms to nudge human behaviour” to favour its own business and profits.

He added, "No matter what Google is offering, the value to Toronto cannot possibly approach the value your city is giving up. It is a dystopian vision that has no place in a democratic society." His criticism was echoed by the Jim Balsillie, the co-founder of Research in Motion, the company behind the once ubiquitous BlackBerry devices who called Sidewalk's project “a colonizing experiment in surveillance capitalism attempting to bulldoze important urban, civic and political issues”.

There were resignations as well, a member of the project's advisory panel, Saadia Muzaffar, left complaining about a "lack of transparency" and Ann Cavoukian, a former privacy commissioner of Ontario, went saying “I imagined us creating a Smart City of Privacy, as opposed to a Smart City of Surveillance."

At first, Google wanted control over all data collected in Quayside as well as a share of development costs, property taxes, unspecified benefits accruing from increased land values and rents. However, the Toronto authorities announced, despite Sidewalk's later assurances that data would not be shared with third parties, "We believe that data collected in public space must be overseen and closely controlled by an independent and publicly accountable Data Trust, not Sidewalk Labs, Google, or any private company."

In a brief statement, the Mayor of Toronto, John Tory, (Shakespeare strikes again!) said "While Google’s approach was unpopular in Toronto, its ambitious proposals and the  long-running saga around the project were good for the profile of smart cities. If Toronto’s smart city plans collapsed because Google’s pockets weren’t deep enough, it’s highly possible other vendors will now question whether they can make money out of smart cities projects given the bleak economic outlook.”

Right let's get one thing straight. Google invested about US$50 million in Quayside, to call that chicken feed is one hell of an understatement. Google's pockets are probably deep enough to buy entire countries if their inhabitants are stupid enough to sell.

No, this is about making yet more money from data that once harvested cannot be called back or controlled by those who provided it. It is about the imposition, by stealth and with lips pursed into a smirk barely capable of keeping the shark's teeth covered, of a self-serving money-machine based on a dystopian surveillance system disguised as civic service and benevolence. It was nothing of the sort - and it will be tried again.