What’s up with… Verizon & the DoD, sustainable telcos, 5G spectrum in France 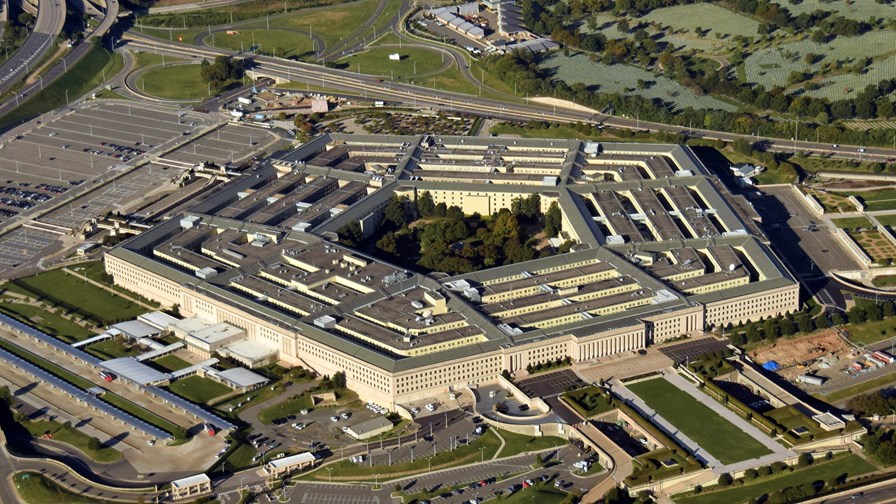 A massive DoD scoop for Verizon, some brownie (or should that be greenie?) points for a quartet of European operators, and additional 5G spectrum availability for French enterprises make the news headlines today.

Verizon has scored a gigantic series of contracts at a combined value of $966.5 million from the US Department of Defense (DoD). Under the agreements, the US operator will be tasked with providing technical support and network modernisation services to three of the state department’s sites. Nearly half of the deal ($515.3 million) will be given to Verizon for transitioning “the entire Pentagon military and civilian population from copper-based telephony to advanced internet protocol (IP)-based services, providing a converged-enterprise environment for the Pentagon’s voice and data services.” The telco will also help plan, design and implement network upgrades and new equipment to the Pentagon (pictured above). The second contract is worth $432.9 million and will see Verizon providing core voice, transport, internet and professional services to more than 370 locations within the DOD-NCR (Department of Defense-National Capital Region). The authority has also awarded an $18.3 million task order to Verizon for communications technology infrastructure such as core voice, transport, internet and managed services at Fort Belvoir, a US Army garrison. More about the massive deals can be found in Verizon’s statement here. Last year, Verizon scored a $495 million deal from the DoD on providing a “next-generation, high-bandwidth, low-latency, Layer 2 wide area network in support of critical research.”

Deutsche Telekom, Telefónica, Vodafone and KPN have topped the rankings in ABI Research’s Sustainability Index: Telco Operators report, which claims to provide an “unbiased examination and ranking of ten leading telecommunications operators for sustainability,” assessing, comparing, and ranking the operators “across 30 different action items for their sustainability efforts in six categories: renewable energy, network upgrades, energy efficiency, waste disposal and circular economy, green buildings and vehicles, and reporting and governance.” Kim Johnson, Principal Analyst at ABI Research, notes: “These telco operators are at the intersection of communications and information technology, putting them in a unique position to offer connectivity and technological solutions that are not only lowering their own carbon emissions but also the emissions of their customers.” There’s no doubt that sustainability has evolved from being a ‘lip service’ item to a strategic action item within the telco community during the past 24 months. Read more.

French regulator ARCEP has announced an “experimentation window” for the use by enterprise users of spectrum in the 3.8 - 4.0 GHz band for private 5G deployments. The offer is aimed at companies that would “like to experiment with new use cases for 5G: manufacturers, logisticians, players in the energy, health or even smart city sectors,” notes the regulator in this announcement (in French). Each applicant can pitch for up to 100 MHz of spectrum for a period, initially, of up to three years. ARCEP believes the “proximity of the 3.8 - 4.0 GHz band to the 5G ‘core’ band (3.4 - 3.8 GHz) allows manufacturers to now access a mature and varied ecosystem of terminals and equipment, as well as a large number of frequencies”: French enterprises already have access to 5G spectrum in the 2.6 GHz TDD and 26 GHz bands. To find out more, see this announcement.

Ericsson has unveiled a new tool called the Dynamic End-user Boost that allows 4G and 5G users to dynamically upgrade their mobile data connectivity at will using a mobile app. Hong Kong operator SmarTone will be the first operator to offer the option to its customers. “We understand that customers may occasionally need to boost their mobile data connectivity when they are in business-critical or important social-networking situations. Thanks to this new innovative application, our network is now capable of offering our customers the possibility to boost connectivity in an easy-to-use mobile app,” noted the operator’s CTO Stephen Chau. Read more.

Telefónica and core platform developer Pente Networks have teamed up to offer enterprise users an ‘API first’ private 5G offering that, the operator claims, enables it to “spin up private networks connected to apps on the cloud edge in hours or days, not weeks or months, and abstracting most of the underlying operational complexity of current 5G networks.” Read more.

Brazilian operator Telefónica Vivo is working with Cisco and NEC to deploy a “simplified and automated, 5G-ready IP network for its converged mobile and fixed networks as part of the Fusion Network Project.” The vendor will team up to simplify the operator’s network architecture and operations, “converging mobile and fixed networks, and automating multi-layer networks across packet, optical and microwave domains. In addition, Segment Routing IPv6 will be implemented to enable a unified architecture with network slicing capabilities.” Read more.

UK telecoms regulator Ofcom opened a consultation on a newly-proposed space spectrum strategy that, ultimately, aims to help the sector “deliver even more services in the coming years, while making sure it uses spectrum efficiently.” As satellites increasingly get deployed to enable broadband services in remote locations, the regulator said its focus is to pinpoint the areas where it deems it can make the most significant difference in the next two to four years. “Our job is to make sure this spectrum is used efficiently and manage risks of interference between different spectrum users,” Ofcom noted, adding that among its considered options is to provide additional access to the 14.25GHz-14.50GHz band and to seek improvements to international non-geostationary orbit (NGSO) satellite rules. The consultation ends on 24 May and the regulator hopes to publish its finalised strategy by the year-end. See more here.