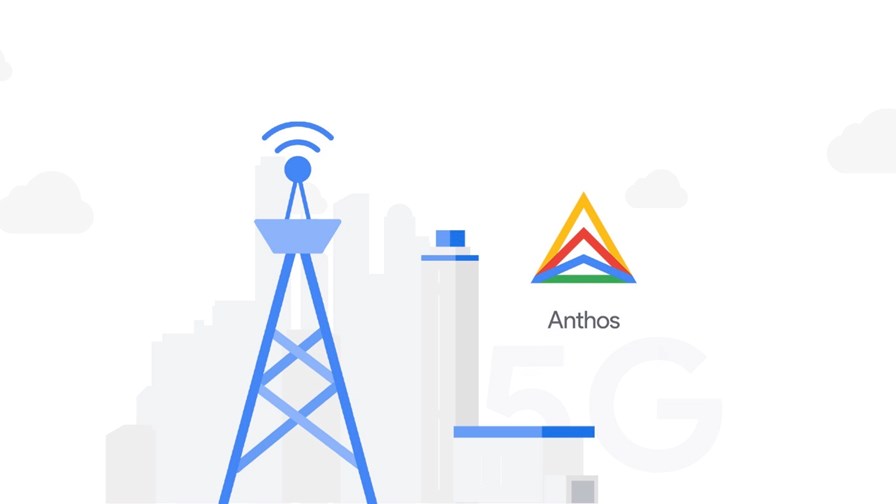 Significant activity in the edge networking sector from Google Cloud and Azure, plus a major engagement with the US Department of Defense for Verizon lead the way in today’s news roundup.

Google Cloud has bolstered its position in the networking and telecoms sector with the addition of more than 20 new network edge functionality partners and a partnership with Axiata. To add to the 30 network edge partners it announced late last year, more than 20 additional partners are now making their products and applications available via Google Cloud, with Anthos acting as “a consistent platform to deliver these solutions to the network edge, leveraging Google’s edge network as well as high-speed 5G connectivity from leading CSPs that are working with us to build this unique ecosystem.” Among the new partners are AirHop, Casa Systems, Ciena, F5, Keysight, Vapor IO and VoltDB. Google Cloud is also working with Asian telecoms powerhouse Axiata to bring Google Workspace to SMEs in Axiata operating markets, as well as leverage the cloud giant’s core compute, storage and networking capabilities to modernize the infrastructure of Axiata’s ‘Digital Telcos.’ For more on the edge partnerships read this blog, and for more on the Axiata relationship see this announcement.

In a moment of rare bi-partizan agreement, the board of the US regulator, the Federal Communications Commission (FCC),  has voted unanimously to ban all American companies from buying any more telecoms kit from the likes of Huawei and ZTE - now and forever. Again citing worries about US national security and spying/surveillance on the part of Chinese equipment manufacturers, the FCC is also seeking to annul authorisations that have already been granted for US companies to purchase telecoms equipment from a list of five companies deemed to be threats to US national security: Huawei;  ZTE; Hytera; Hangzhou Hikvision Digital Technology; and Dahua Technology. The Biden administration is continuing former-President Donald Trump's policy of shunning Chinese tech companies and requiring the removal of Huawei and ZTE products from US networks. The acting chair of the FCC, Jessica Rosenworcel, commented: "Insecure network equipment can undermine our 5G future, providing foreign actors with access to our communications. This, in turn, may mean the ability to inject viruses and malware in our network traffic, steal private data, engage in intellectual property theft, and surveil companies and government agencies. This list is a big step toward restoring trust in our communications networks. Americans are relying on our networks more than ever to work, go to school, or access healthcare, and we need to trust that these communications are safe and secure.  The list provides meaningful guidance that will ensure that as next-generation networks are built across the country, they do not repeat the mistakes of the past or use equipment or services that will pose a threat to US national security or the security and safety of Americans." Huawei's response was as predictable as it was trite. An anonymous company spokesperson said, "Blocking the purchase of equipment, based on a ‘predictive judgment,’ related to country of origin or brand is without merit, discriminatory and will do nothing to protect the integrity of US communications networks or supply chains." It is a stance the FCC and the administration discounts as fanciful and disingenuous. The total ban proposal will go to a final definitive vote in August and is sure to be passed by unanimously as the US turns its back on Huawei and its ilk. Some telcos providing service to rural parts of America have protested against the ban having already deployed Chinese equipment, primarily from ZTE, as the foundation of 5G services. Whilst the FCC is sympathetic to their plight the complaints have been disregarded and it looks as though its "game over" for ever for Chinese telecoms tech companies in the US market.

One of the reasons EXFO founder Germain Lamonde is rejecting the takeover advances of Viavi is that, he says, EXFO is doing very nicely by itself, thank you, and he’d like to keep it that way. And, as if to prove a point, EXFO has just landed a deal with UK fibre broadband network operator Hyperoptic to “support its ambitious expansion plan across the United Kingdom.” Read more.

Research house GlobalData says that despite widespread trialling of 5G technology and services across India by the likes of Reliance Jio and Bharti Airtel, mass adoption by business and consumers will take a long time. India's notoriously slow and massively bureaucratic regulatory environment delayed the authorisation of 5G trials by a full two years and as Swati Verma, Associate Project Manager of Thematic Research at GlobalData, says, "The road to widespread 5G adoption in India looks bumpy. 5G technology requires huge investments, and the country’s telcos are already facing financial problems." That's something of an understatement. In India the cost of gaining access to and licensing of spectrum is hugely expensive and much higher than in developed or developing economies in other parts of the world. That the price of spectrum is all but insupportable is evidenced by the fact that in the last auction, held in March this year, not one of India's three biggest mobile service operators actually bought any 5G spectrum, having earlier spent big on 4G and then finding themselves in a relentlessly ultra-competitive environment where, thanks in the main to the runaway success of Relaince Jio, cut-throat tariff reductions made making a profit from 4G services all but impossible. Operators are very wary of going down that route again and are also worried about a lack of compelling use cases for 5G and how on earth they are going to monetise them. Certainly the current trials are showcasing worthy apps and services including telemedicine, online learning, and agricultural technology but expectations are that it will be hard to convince consumers that 5G will be more beneficial than inexpensive 4G. That said, Reliance Jio, the runaway leader in 4G in India, stands the best chance of succeeding with 5G. It is deploying its own, proprietary 5G ecosystem and network and says its own 5G handsets will cost as little as US$35. Swati Verma adds, "Airtel will follow Reliance Jio in the 5G market. However, it will be difficult for Vodafone Idea to take the 5G leap. It has suffered the most from the sector’s aggressive competition, has lost customers to its rivals and owes considerable debts to the government. The high cost of infrastructure and spectrum might mean users pay a premium for 5G services, and as a result price-sensitive Indian consumer may be reluctant to adopt the technology." GlobalData estimates that global 5G penetration will be 38 per cent by 2025, but that just 12 per cent of India's huge population will be using 5G by then.

Deutsche Telekom is courting investment firms as it seeks to share the burden of its fibre access network rollout, according to Reuters.