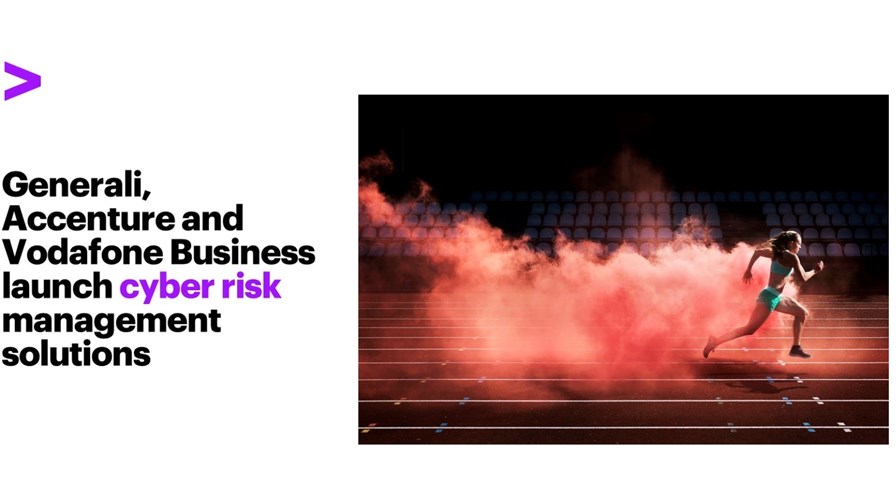 A very interesting security insurance package from three big names, the M&A-enabled expansion of the BICS business and a cool deal for Vantage Towers in Germany top today’s news chart.

Accenture has teamed up with insurance giant Generali and Vodafone Business to develop a “package of cyber insurance services that help customers quickly and effectively recognize, respond to and recover from cybersecurity threats and incidents.” The offer “which includes cyber risk assessments, phishing simulations and learning programs, aims to help strengthen insurance customers’ ability to effectively defend against cyberattacks, recover quickly with minimal business disruption, and mitigate the impact both internally and to third parties.” And given the current volume and nature of cyber attacks (see this article from today), that sounds like a pretty good offer. Security sector expert Patrick Donegan, founder and principal analyst at HardenStance, is very positive about this move. “This is a big one and a very substantial first major proof-point for the value of Vodafone Business’ cybersecurity services partnership with Accenture,” noted the analyst on Twitter. “Big tick in the box. The potentially big implication for the cyber market as a whole is the commitment to delivering post breach response services to SMEs... This is almost a greenfield market so while it is potentially very encouraging news...there are real ‘rubber hits the road’ questions.” Donegan had more to say, including a great point about ransoms, so check out his tweets. For more on the cyber insurance solutions, see this press release.

Vantage Towers, the neutral infrastructure firm spun off by Vodafone, has landed a plum deal in Germany with 1&1, which is building a greenfield Open RAN-based 5G network with the help of Rakuten Symphony. Read more.

Here’s a little Friday joke by the late, great Tommy Cooper: A man walks into a library, puts four inches cut off the bottom half of one leg of a pair of trousers on the desk and tells the librarian, “That’s a turn-up for the books.” The sentiment will chime with others as they learn that on the very day before being required to appear before the US Senate’s Subcommittee on Consumer Protection for a well-warranted and long-awaited public grilling Adam Mosseri, the ‘Head of Instagram’, suddenly decided to announce he will be introducing new parental controls and “safety features” to the site. Not only that, at the hearing itself he had the brass neck to ask US legislators to come forward with proposals to “help’ regulate the platform. Now that really is a cynical turn up for the books. What a truly incredible piece of co-incidental timing it was - just in time and ten years too late. Mosseri was before the Congress to respond to a whistleblower’s revelations that Facebook’s internal research department knew and kept secret the fact that Instagram is designed to keep youngsters “addicted” to the site despite irrefutable evidence that it has a marked negative effect on the mental health of teenage girls. Instagram is part of Facebook. It has rebranded itself as Meta, but it’s still Facebook at heart and remains redolent with the rot that has been exposed at its core. Senator Richard Blumenthal, a Connecticut Democrat told the Instagram CEO, “It seems inexcusable that Facebook waited a decade to begin, and only begin, to figure out that Instagram needs parental controls.” He rubbished Mosseri’s Damascene conversion to the concept of industry-mediated external regulation and said something much more stringent and punitive is needed. He added that Instagram cannot be trusted to regulate itself and that “change is coming” - as it should.

Point Break! Surf’s up for 5G. A report by Resonant Inc, a California, US-based creator of filter designs for radio frequency front-ends for 4G and 5G mobile devices sector says that while “Wave 1” of the rollout of 5G was underwhelming, Wave 2, which will begin early in 2022, will be a swell big enough for the Beach Boys to ride in on. According to Resonant, Wave 1 produced no more than “a 20 per cent increase in throughput performance [over that of 4G] and none of the low latency or network slicing benefits promised by 5G.” When Wave 2 starts to roll-in, throughput will be about 50 times greater than that of 4G. So why the sudden second wave change? Resonant says that in the US it’s down to this year’s auction of 5G spectrum in Frequency Range 1 (FR1)/C-band which gave mobile operators all they need to build out their networks and offer new services. Certainly, the networks are keen to get stated and begin to make a return on their considerable investments in 5G. Indeed, Verizon has just announced that it has beaten its 2021 year-end target of 14,000 new 5G Ultra-Wideband cells sites, providing phone service to parts of 87 US cities, 5G Home to parts of 65 cities and 5G Business Internet to parts of 62 cities. Verizon now has 5G Home available in five times the number of markets it had in 2020, and 5G Business Internet in three times the number of cities it forecast for 2021. The goal is, by using C-Band spectrum, to have 5G Ultra Wideband service available to 100 million potential subscribers by the end of the first quarter of 2022. The telco is also expanding its 5G Ultra Wideband service via mmWave sites.

The International Monetary Fund (IMF) has a reputation that varies according to which side of the economic divide any given country sits at any particular time. Loan packages designed to put member countries back on the fiscal straight and narrow are off-the-peg rather than bespoke and the severity of the conditions applied to the granting of loans can cut economic growth off at the knees and thus deepen and lengthen financial crises, as counties such as Ireland and Greece found following the Crash of 2008. It’s happened in the UK too. Harold Wilson was prime minister at times in both the 1960s and the 1970s had to deal with more than one of Britain’s periodic spasms of economic misfortune. At one particularly torrid time he was seeking an IMF loan to stave off a currency devaluation. Informed that the Archbishop of Canterbury (the head of the Church of England) and the Managing Director of the IMF were waiting to see him, history has it that he told his secretary, “Send the Archbishop in first. Any least I only have to kiss the ring on his finger.” Yesterday the IMF warned that crypto currencies are inherently risky and rapid falls in their value could precipitate a crisis that could impact the global economy. It wants regulations put in place to minimise that risk and so avoid dangerous financial instability. In a report the IMF accepts that while the US$2.5 trillion already invested in cryptocurrencies has some real, tangible value it also “reflect[s] froth in an environment of stretched valuations". The implication is that some countries are putting themselves at risk by cleaving too much toward crypto to “replace domestic currencies, circumvent exchange restrictions and capital account management measures.” Countries that use crypto currencies the most and are becoming increasingly reliant on them are (in order of precedence) El Salvador, Nigeria, the Philippines, Turkey and Peru. As might be expected, the IMF wants to devise, deploy and enforce any such new regulation. All around the world, lips are puckering in anticipation.