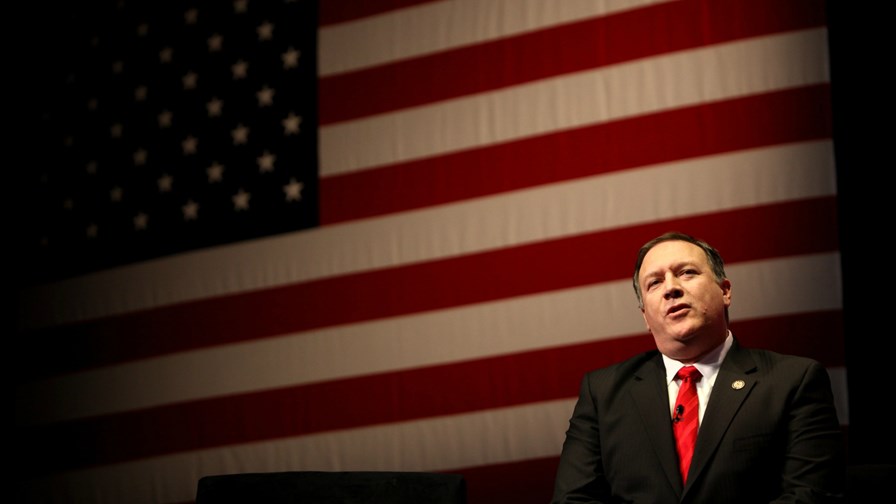 On July 23 this year, at the Richard Nixon Presidential Library and Museum in Yorba Linda, California, US Secretary of State (and former Director of the CIA) Michael R. Pompeo, gave a speech entitled "Communist China and the Free World's Future". In part of his wide-ranging monologue he said (of the Trump administration) "We stopped pretending Huawei is an innocent telecommunications company that’s just showing up to make sure you can talk to your friends. We’ve called it what it is – a true national security threat – and we’ve taken action accordingly. That action is the "Clean Network" programme.

Yesterday, Mr Pompeo added flesh to that barebones statement when he introduced the full "Clean Network" strategy, a five-point US national security plan which he says is a "comprehensive approach to guarding our citizens’ privacy and our companies’ most sensitive information from aggressive intrusions by malign actors, such as the Chinese Communist Party." As no other malign actors got any billing we can assume this is about purging US comms networks of all Chinese hardware and software and not any other country - yet.

The Secretary of State also urged "our allies and partners in government and industry around the world to join the growing tide to secure our data from the CCP’s (Chinese Communist Party) surveillance state and other malign entities."

The strategy covers the removal of all Chinese equipment and software from US carrier networks, app stores, cloud computing and submarine cables with the intent to prevent "aggressive intrusions" by Chinese companies (all of whom are presumed to be at the beck and call of the Politburo of the Chinese Communist Party) and to facilitate the construction of a "Clean Fortress around US citizen's data".

So, it's to be a new age of Clean countries, Clean carriers, Clean clouds, Clean networks, Clean stores, Clean apps, Clean cables and Clean socks all round.

In practice, the new US policy means that in future no Chinese carriers will be allowed to connect to any US telecoms network and steps will be taken to "ensure that the most sensitive information" on and from US enterprises, citizens and organisations are not and cannot be collected, stored or manipulated on cloud computers and platforms "accessible to out foreign adversaries", for which read China in general and Alibaba, Baidu and Tencent in particular - as well as a growing but so-far unreleased list of other national malign actors.

The clean-up will also circumvent and then prevent the pre-installation of hitherto "trusted applications' on app stores and see those then classified as "untrusted apps" being removed from availability and sale. Mike Pompeo says apps from China "threaten privacy, proliferate viruses and spread malware, propaganda, and disinformation." Of course that could never happen with apps from elsewhere on the planet, could it?

The Clean apps part of the pure path towards complete cleanliness will have costly implications for Apple and Google. Both companies are intimately intertwined with Chinese companies that produce not only iPhones and other hardware devices but also develop software for use on them.

The fifth point of the five-point plan is Clean cables. here the US will "ensure the undersea cables connecting our country to the global internet are not subverted for intelligence gathering by the People's Republic of China at  a hyper scale." Mr. Pompeo added that, "We will also work with foreign partners to ensure that undersea cables around the world aren’t similarly subject to compromise." Quite how, he did not explain. Deep dark waters for the deep dark state perhaps?

Cleanliness is next to godliness - apparently

The US authorities are keeping a tally of countries as well as telcos and vendors that, Pompeo claims, are in full support of the Clean Networks programme and are thus as clean as a whistle. It hasn't been released yet but the Secretary of State says numbers 30 at present and includes AT&T and Verizon of the US, Rogers of Canada, Telstra and Optus of Australia,Orange (France),Orange Telefonica (Spain), Reliance Jio (India), SK Telecom and KT (both South Korea), O2 (UK) and NTT (Japan). The UK and BT are conspicuous by their absence, Boris Johnson having not responded quickly enough to the President's dog whistle demand instantly to rip out Huawei equipment from the national infrastructure whilst having nothing with which to replace it. Nokia, Samsung and Ericsson are amongst the select list of those equipment manufacturers deemed to be clean suppliers.

Meanwhile, the US has increased by 11 the number of Chinese companies on its prohibited list. It now stands at 39, up from the initial 28 that were banned last October.

Unsurprisingly, in China the US Plan has garnered some criticism with foreign minister Wang Yi, fatuously calling it an aggressive attempt by the US to surround itself with an "Iron Curtain". Given the Chinese government's determination to keep its citizens in the dark and under constant surveillance via the Great Firewall and ubiquitous facial recognition systems this is a prime example of the pot calling the kettle black.

What is guaranteed though is that China will retaliate and the live trade war and nascent Cold War between the two counties will be given another nasty twist. US companies operating in China and reliant of Chinese manufacturing technology will be easy targets and a quick propaganda win for the Chinese government.

Let us bear in mind that a US presidential election is scheduled to take place on November 3. Should the incumbent lose, things just might get a tad less tense. However, should Donald Trump be re-elected and then double-down on his "America First" isolationist rhetoric and then foment de facto anti-globalisation by compelling US companies to withdraw completely from China (which would be anathema to corporate America) the result could cause a deep, dangerous and long-lasting global schism between western and eastern comms technologies and technology companies that would force countries around the world to takes political sides sides and cause great harm to what, currently, is a very well developed and mutually interdependent global comms industry and economy that actually benefits everyone.