The spy that was sent into the cold: Germany gives Verizon the snip 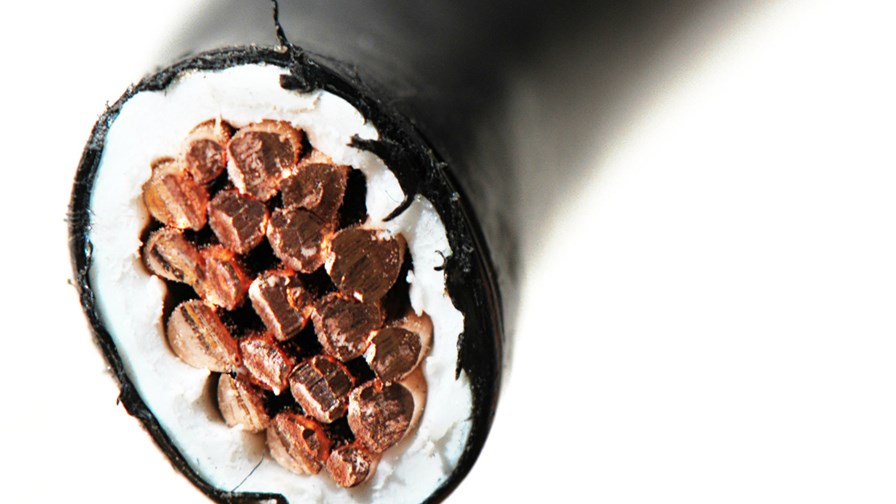 Germany was outraged when it was revealed that in addition to routinely tapping the country's comms networks, US agencies, including the seemingly uncontrollable/unaccountable National Security Agency (NSA), were also eavesdropping on the telephone calls and emails of the country's political leader, the Chancellor, Angela Merkel.

The outrage may be more subdued now, several months on, but it is still there and the shabby and illegal treatment of a democratically-elected politician and a country that is a key US ally and NATO member still rankles across all levels of German society.

Characteristically, the German government has taken time carefully to assess the situation and has now announced that it is has terminated its contract with the US telco Verizon, presumably on the perfectly understandable grounds that it wouldn't trust the organisation as far Ms. Merkel could throw Verizon's Lowell C. McAdam if he was wearing lead pantaloons stamped with the words "Trust me, I'm the CEO of a US telco".

A bulletin issued by the German Federal Ministry of the Interior reads, "The pressures on networks as well as the risks from highly-developed viruses or Trojans are rising. Furthermore, the ties revealed between foreign intelligence agencies and firms in the wake of the US National Security Agency (NSA) affair show that the German government needs a very high level of security for its critical networks."

The furore erupted when the influential German magazine, Der Spiegel, published an expose of the illegal surveillance shenanigans based on revelations from a number of sources including classified US documents leaked by whistleblower Edward Snowden. Last month the German government issued a statement saying that whilst it could not secure enough evidence to go to international law over the bugging go the Chancellor, (mainly because the it wasn't eavesdropping on the US communications that would have allowed it to do so), it would, nonetheless, put an end to involvement with Verizon. It has now done so.

Thus the national German carrier and incumbent telco, Deutsche Telekom (DT), will take over the responsibilities and services that hitherto were provided by Verizon but will have to be ever alert to any further (or indeed extant) eavesdropping and illegal surveillance on its network. DT already provides the technology and infrastructure that carries the most sensitive voice and data communications and will have to be constantly vigilant if it is to ensure that it isn't again compromised by one of its supposedly closest allies.

Angela Merkel herself remains extremely angry about what she regards as US duplicity. She told US president Barack Obama, in no uncertain terms, that such behaviour is completely unacceptable in a professed friend and treaty ally and remains determined to seek support for the construction of a pan-European secure telecoms network that would have no contact whatsoever with any US network, cables, satellites, routers or anything else and thus make the NSA's illegal surveillance that much more difficult. She already has the support of President Hollande of France in this endeavour and other nations are expected to follow suit - but not the UK.  After all we intercept and spy on communications on behalf of the US (and spy on our own citizens) even as the US spies on us. That's the reality of the famous "special relationship" in action in the second decade of the 21st century.

Inviting the fox into the henhouse

The German authorities are being tight-lipped about the exact extent of their contract with and reliance on Verizon but it is known that that the US company was responsible for traffic between several major German data centres as well as managing internal data and voice traffic to and from the German parliament in Berlin and other offices in Bonn and other major, and majorly sensitive, government departments and agencies. What's more, since 2010 Verizon has also held a further and different contract for the provision, management and maintenance of a second strategic German comms network. Talk about inviting the fox into the henhouse!

In response to the termination of the contracts Verizon issued a statement saying that the Germans have absolutely nothing to worry about from US spy agencies. And if you are stupid enough to believe that…

BMI spokesperson Tobias Plate obviously was not taken in by Verizon's ludicrous PR spin. He made the German government's concerns very plain when he said, "There are indications that Verizon is legally required to provide certain things to the NSA, and that's one of the reasons the co-operation with Verizon won't continue."

Verizon's response? Well, it's this from spokesperson Detlef Epping; "Verizon Germany is a German company and we comply with German law. The US government cannot compel us to produce our customers' data stored in data centres outside the US, and if it attempts to do so, we would challenge that attempt in a court." This is meaningless verbiage that is meant to mislead. It simply cannot be trusted. There are  more plot holes in the statement than in Battlefield Earth, one of the worst and most incoherent films ever made.

The termination of the deals with Verizon should worry many more US businesses. As more and more details of dodgy spying deals, voluntary or coerced, between the NSA and its ilk and American companies come to light - and they will - the international operations of US business will increasingly be harmed.

One can but hope that, as its international commerce falters, big US business will begin to use its influence to put pressure on the political administration, of whatever stripe,  to rein-in and curtail the powers of overweening, self-aggrandising agencies that are, quite literally, taking the law into their own hands and perverting it to their own unlawful ends.

You'd expect that as par for the course in various parts of the world, but not in the nation that presents itself to the globe as the "shining city on the hill" that is the bastion of democratic freedoms and the rule of law. If the US can't bring its own agencies to heel, what chance is there for places like Egypt, and Indonesia, Iraq, Afghanistan, South Africa and… well, the list just goes on and on.