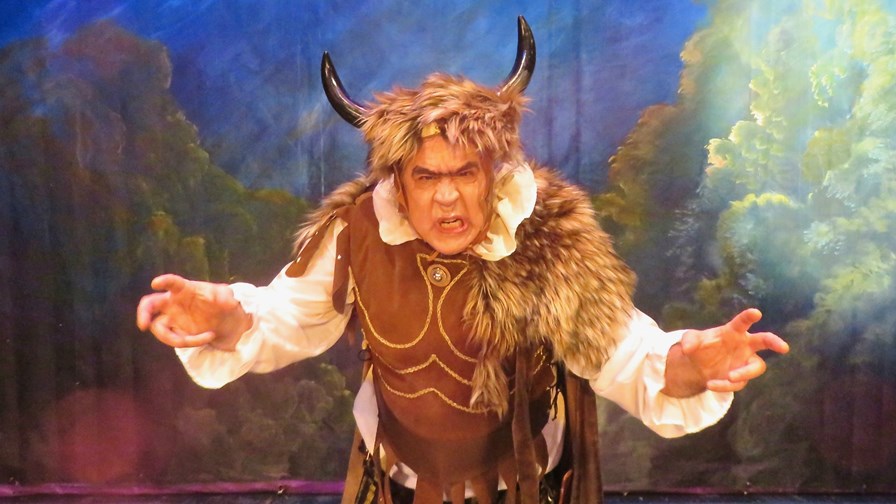 China's Huawei is very often portrayed as the opera-caped, moustache-twirling pantomime villain of the global telecoms industry, and, in North America and Europe in particular, the company stands accused on multiple counts of being a secret part of the Chinese State and being deeply and systematically involved in worldwide industrial espionage, sanctions busting and even the destabilisation of democratic governments.

Indeed, only yesterday TelecomTV ran a story about system security scientists at Microsoft tracing and isolating a "sophisticated" and deliberate "flaw" in the device management driver in Huawei's Matebook range of Windows 10 laptops. The allegation is that the flaw could only have been introduced during the actual manufacturing process that takes place in Shenzhen in China and is a cleverly hidden "Achilles’ heel" that could allow (state-sponsored hackers or straightforward gangsters) to take control of users' PCs.

Ah, but just a day later another newly published research report, this one focusing specifically on prospects for 5G in the UK, concludes that the country will face a commercially disastrous delay to the implementation of the technology of between 18 months and two years if access to Huawei equipment is either totally denied to or restricted for deployment by network operators and telcos.

The report, "The Impact on the UK of a Restriction on  in the Telecoms Supply Chain" was commissioned for Mobile UK, the trade association for Britain's big mobile network operators -  EE, O2, Three and Vodafone. It was prepared by Assembly Research, a respected independent, London-based analyst organisation that provides subscription-based information, analysis and commentary on regulatory, policy and legislative developments affecting communications markets and the wider digital economy.

The headline takeaway is that if Huawei is excluded or restricted from the provision of 5G equipment for UK networks the national economy could potentially suffer to the tune of between £4.5 billion and £6.8 billion and would also become an also-ran in the "race" to 5G.

Ever since the 5G hype machine was first cranked into action the British government has been an enthusiastic competitor in the global race and has, since 2016, repeatedly signalled its strategic intent that the country should be a "world leader" in 5G. But, the country is lagging (indeed, it could be said that South Korea has already breasted the 5G winning tape before we have even made it to the starting line) and the estimates of the potential loss caused by delay are not plucked from the preferential of partizan PR agencies but directly from UK government figures.

Extra to the financial loss, delay in the implementation of 5G and the resulting stagnation in the UK's digital infrastructure will also cost the country dear in terms of reduced inward investment and the loss of the much vaunted productivity gains that 5G is supposed to confer. What is even more dispiriting is that according to the Assembly report, if the UK is a couple of years late to the 5G party there'll only be crumbs and dregs left. In other words if Britain dashes it's chances in the 5G gallop many economic benefits will not just be delayed by a year or so, but will be lost forever and that will seriously damage UK businesses at a time of the greatest economic and political uncertainty since the Second World War.

As Assembly Research points out, competition in the telecoms supply chain has served the country well and the UK economy has profited from the cost-effective roll-out of previous generations to comms technology and the country has comprehensive and relatively inexpensive mobile coverage.

However, following the lead already taken by various governments around the world, most notably by the US, to restrict or completely prohibit the deployment of Huawei equipment in their national networks, the UK is now following suit and conducting its own review into the telecoms supply chain. The review has been given additional impetus since the UK intelligence services last week announced that they can provide no more than "limited assurances" that security risks originated by Huawei can be managed and stopped in the long-term.

Speaking to TelecomTV this morning, Matthew Howett, the founder and principal analyst of Assembly Research commented on the apparent differences in approach being taken by various government departments in regard to 5G. He said, "One part of the government is not paying attention to other parts. It wants 5G leadership but it's not going the right way about getting it. There's no joined-up policy, and I'd be careful about relying on government numbers."

So, what's the a way forward? Are we going to be bent over a barrel and rogered rigid by a suspect equipment provider, or do we look elsewhere for possibly inferior and certainly more expensive 5G equipment from other vendors who might complicate and delay the introduction of 5G anyway?

Well here's an idea. It wouldn't be cheap but it might solve a big problem. Maybe the UK should build an highly secure overlay virtual network across the national networks to provide end-to-end security but controlled and run by the 5G network operators themselves under regulatory oversight. And what about taking advantage of the security and transparency that open-source provides? Just a thought.

And finally, for readers outside the UK who know little about our much-loved pantomimes that annually pack out our theatres, village halls and schools over the Christmas and New Year holiday season, the tradition is that each show has a pantomime villain so ridiculously comic and over-the-top in behaviour and costume as to be a caricature. They are immensely popular. A couple of the best pantomime villains to be make it into the movies are Alan Rickman as the Sheriff of Nottingham in the Kevin Costner film, "Robin Hood: Prince of Thieves" and, perhaps even better, the ineffable Jack Lemmon as Professor Fate in the the Blake Edwards film "The Great Race." Whether Huawei will ever be regarded as cartoonishly (or actually) villainous enough to be promoted to that pantheon remains to be seen, but it's doubtful.