For enterprises 2020 was a "network nightmare" 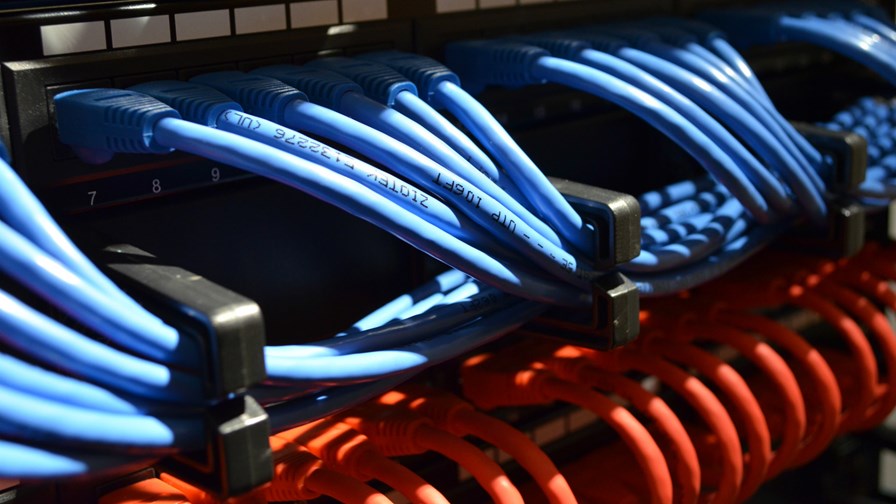 Today in the UK it is the anniversary of the first Covid-19 national lockdown signalling belated government realisation that the virus couldn't simply be wished and blustered away whilst life in the country could carry on as normal. Denial of reality meant that lockdown was late in arriving, but when it finally did the effect was immediate. Empty roads, empty trains and empty skies as offices and shops closed and people began to work full-time from home.

The increased strain on the UK's telecoms and IT infrastructure and systems was immense but, as has been shown time and again over the past 12 months, CSPs and DSPs rose to the occasion and, overall, acquitted themselves well, keeping services and the economy going as we have lived and continued to work through day after endless Groundhog Day. The experience was repeated, with minor variations, across the world as wave after wave of the virus struck country after country and the security and robustness of comms networks became in many cases and quite literally, a matter of life and death.

The generally accepted take on The Plague (Year 1) is that battered and bereft as societies and economies are, humanity is managing to weather the storm helped immeasurably by communications systems that have kept the planet together and working (in more ways than one). However, there is a countervailing viewpoint, especially where enterprises are concerned. It is explored in the fifth annual "State of the WAN Report" from Aryaka, a San Mateo, California-headquartered SD-WAN company providing software-defined network connectivity and application delivery to globally distributed enterprises. The headline take-away from the report is that in 2020 global connectivity was nothing short of a 'network nightmare.'

Aryaka's report is a distillation of the industry's most extensive research into connectivity during the pandemic and is based throughout on a statistically significant survey of "more than 1350 global IT and network practitioners at enterprises spanning all verticals, headquartered in NA, APAC and EMEA."

In essence, the main conclusions are that networks have become increasingly complex to such an extent that 54 per cent more enterprises are now deploying in excess of 500 corporate IT applications, an astonishing number. The corollary of that increased complexity is network and systems insecurity with 39 per cent of businesses reporting security breaches that consumed a lot of time and expensive IT resources to remedy. Furthermore, and contrary to popular received belief, networks struggled under the pressure of remote work, with four out of 10 businesses reporting problems including delays, poor quality communications and frequently dropped calls.

Simultaneously, 37 per cent of enterprises say that increasing complexity of the network is a major worry as are the increasing costs associated with it. These have risen by 25 per cent year-on-year, and, according to Aryaka can be attributed to the expenditure on cloud and MPLS. Some may think, "Well Aryaka would say that, wouldn't it", but we couldn't possibly comment.

The report confirms that, as is widely expected to be the case, a hybrid work environment will remain and persist after Covid-19 recedes. Over 80 per cent of respondents to the survey expect that at least 25 per cent of personnel will continue permanently to work remotely in future. Given this strong likelihood, 68 per cent of enterprises say they will need flexibility between on-premises and remote infrastructure, systems, services and apps. Meanwhile, the continued growth of WAN applications has also added to network complexity with 46 per cent of businesses reporting the deployment of more than 500 different applications.

WANs continue to extend their reach

One major result of these challenges and attendant changed priorities engendered by the new working reality has been increased support for hybrid work environments and an accelerating trend to meld networking with security planning whilst integrating cloud-based networking services and security infrastructure products and systems, with 31 per cent of enterprises now deploying Secure Access Service Edge (SASE) architecture. There is also a strong demand for virtualised networking solutions for "Work From Anywhere" (WFA) environments.

WAN's continue to extend their reach as they become increasingly ubiquitous. The Aryaka report shows that the number of enterprises connecting to 100 or more inter-regional sites is expected to rise from the 19 per cent reported in 2020 to 28 per cent by the end of this year. This trend goes hand in glove with continued application growth. The number of enterprises having deployed over 500 distinct applications has risen to 46 per cent.

Unsurprisingly given the circumstances, near-term planning took precedence over long term aspirations with just 17 per cent of respondents intending to undertake SD-WAN/SASE-driven network refresh this year. That figure was 29  per cent in 2020. However, VPN investment is up by four per cent at 31 per cent compared to 2 per cent  in 2020, most likely because of the mass adoption of home-working.

The majority of enterprises continue to opt for managed services, with 71 per cent of respondents prepared to pay for the convenience while 18 per cent go for a do-it-yourself and thus completely independent solution.  Meanwhile, 26 per cent of enterprises are evaluating SD-WAN in 2021, up from 22 per cent in 2020. The report concludes that enterprises are now more assured that WAN services are maturing and reliable. Furthermore, enterprise SASE deployment plans are accelerating, with 29 per cent saying they already have what they consider to be a SASE architecture while a further 56 per cent planning to deploy a SASE architecture in the next one to two years.