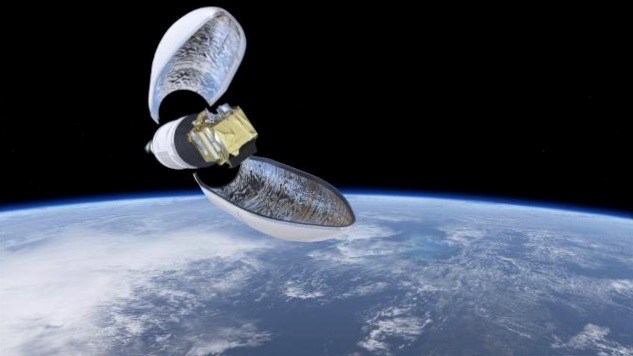 The European Union has laid out proposals for a €6 billion “space-based secure communication system” that would “ensure the long-term availability of worldwide uninterrupted access to secure and cost-effective satellite communication services... for the protection of critical infrastructures, surveillance, external actions and crisis management,” and “allow for the provision of commercial services by the private sector that can enable access to advanced, reliable and fast connections to citizens and businesses across Europe, including in communication dead zones ensuring cohesion across Member States.”

The system, which would complement the existing Copernicus (Earth observation) and Galileo (navigation services) fleets, would also provide broadband connectivity across Africa and in the Arctic circle, adding to the growing number of satellite fleets aiming to bridge the ‘digital divide’ that is leaving remote and rural communities behind in the connected, digital era.

The planned satellite fleet (the number of ‘birds’ is as yet unknown) is to support “edge computing, Internet of Things, autonomous driving, e-health, smart working and education, in-flight and maritime connectivity, and smart agriculture,” as well as offer broadband connectivity services and satellite access for the transportation sector.

The EU estimates the total cost of the planned network will be €6 billion, with the EU to pitch in €2.4 billion between 2022 and 2027, with the rest coming from member states, the European Space Agency and private sector investors.

But planning, building and launching such a network takes years – initial services are not envisaged until late 2024 and full service not util 2027 – and, meanwhile, OneWeb (in which the UK government and Bharti Airtel holds a stake) and Elon Musk’s Starlink will have been offering LEO-based satellite broadband services for years, so why is the European Union pumping funds into yet another satellite system?

The focus appears to be on security and having a home-grown network that reduces the region’s reliance on commercial satellites that are not under the EU’s management: “The envisaged EU space-based secure connectivity system will be a strategic asset with geopolitical implications. It aims at reducing European dependency on non-European solutions,” notes one of the documents outlining the plans.

According to the EU, the three “main pillars” the fleet will provide in this context are “crisis management, and connection and protection of key infrastructures.” The EU notes: “Cyber resilience will be increased by defending against cyber threats, while the European Quantum Communication Infrastructure (EuroQCI) will be integrated to enable secure transmission of cryptographic keys.”

In addition, it will also create jobs and generate business opportunities within EU member states. “This initiative will further boost the competitiveness of the EU space ecosystem, as the development of a new infrastructure would provide a gross value added (GVA) of €17-24 billion and additional jobs in the EU space industry,” according to the EU.

Somewhat ironically, while announcing the development of a new satellite network, the EU says it has also established an “EU approach on Space Traffic Management (STM)” to help address the resiliency and safety of EU and member states’ “space assets.”

It notes there are already more than “1 million debris items larger than 1cm” orbiting the Earth, while there are plans for 20,000 additional satellites to be launched during the next decade. (See Space: The Crowded Frontier - where accidents are waiting to happen.)

“The EU's approach to STM promotes safe, secure and sustainable use of space while preserving the EU's strategic autonomy and industry's competitiveness,” it notes, but of course this relies on the cooperation of other space agencies, governments and political bodies around the world, something that can be counted on less and less these days.