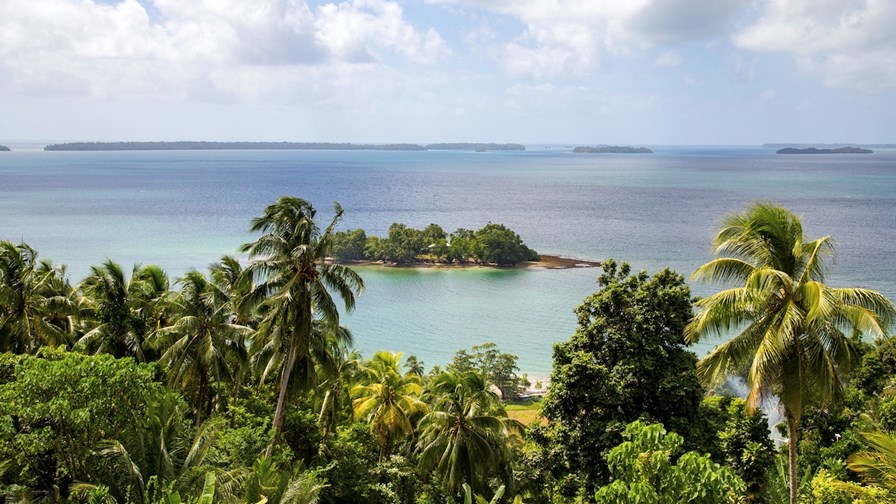 Things are getting tense in the Solomon Islands, as a heady mix of a Chinese power play, the use of telecoms as a political tool, Huawei, international finance, the 2023 Pacific Games, and a sudden delay in holding a national election that will maintain the current government in power for longer than its four-year electoral mandate permits, stirs anger and foments unease throughout the population.

Solomon Islands, an independent nation in Oceania and one of the poorest countries, lies east of Papua New Guinea and north-east of Australia. It comprises hundreds of small and six bigger islands: Government offices and institutions are situated in the capital, Honiara, which is located on the largest island of Guadalcanal, a site of intense fighting during World War II. The islands have frequently been in a state of economic and political flux, on and off for more than a decade, and more trouble seems to be looming.

In April this year, the Solomon Islands government signed a memorandum of understanding (MoU) on security and co-operation with China to promote “social stability and long-term peace and security”. One of several contentious clauses in the MoU permits the Chinese armed forces “to assist in maintaining social order” and to “protect the internal security situation”. Construction of a Chinese naval base is under discussion.

And now, in the teeth of considerable opposition, the Solomon Islands is set to borrow some US$100m from China, ostensibly to construct 161 cellular masts and install radio access network gear. The equipment will be supplied by Huawei, which will also provide “technical and management expertise” for the project which, it is claimed, will take three years to complete.

More than 80 of the towers will be in place before November 2023, when the Solomon Islands will host the XVIII Pacific Games, the quadrennial sporting event for the countries and territories of Oceania.

Financing for the telecoms expansion comes via a “concessional loan” from the EXIM Bank of Beijing. The Import-Export Bank Of China (to give it it’s full denomination), is ‘managed’ by China’s State Council and exists “to implement state policies in industry, foreign trade, economy, and foreign aid to developing countries, and provide policy financial support so as to promote the export of Chinese products and services”.

So, there’s absolutely no chance whatsoever of any strings being attached to the cheap loan then? Perish the thought. All that’s involved is repayment of the loan “at a rate of 1% interest rate for a period of 20 years.”

What could possibly go wrong?

Oh, and the reason the government is postponing the national election from the due date in May 2023 until the end of December is that it is unable to conduct a four-yearly exercise in democratic suffrage while hosting the Pacific Games. Yeah, it must really be like juggling with loose soot, but probably dirtier.

Manasseh Sogavare, the prime minister, has promised that the delay is “a one-off”. The leader of the opposition, Matthew Wale, says the deferment is part and parcel of a “power grab” that is directly linked to the MoU with China. His take is that the hugely unpopular delay in holding the election could provoke civil unrest and so trigger a planned-in-advance government response that would involve requesting Chinese forces to protect an embattled administration.

As far as the telecoms project is concerned, the permanent secretary to the Ministry of Finance, McKinnie Dentana, gilds the lily with a giant paintbrush when he says an “independent review of the project shows [it] would generate sufficient revenue for the government to fully repay both the principal loan amount and the interest cost within the loan period”.

That independent report was written by the accountancy and consultancy organisation KPMG. What Dentana carefully edited out of it is that it also says the project plan “significantly overstates the financial return potential”, as ABC reported. It further reckons “some $225m will be needed to cover revenue shortfalls over the next 20 years” and the exercise will generate a financial loss of $144m, while $156m will be needed over the 20-year term of the loan simply to bridge the shortfall.

The report adds that the projected rollout timetable is “overly ambitious” and “does not appear realistic”.

Meanwhile, both Australia and New Zealand are keeping a close watch on developments as China’s aggressive expansionist ambitions secure the politburo another client state to be exploited as and when deemed necessary. Also wielding the binoculars is the Five Eyes intelligence alliance, which comprises Australia, Canada, New Zealand, the UK and the US.

TelecomTV will be keeping a weather eye out as well. This one’s got stitch-up embroidered all over it.