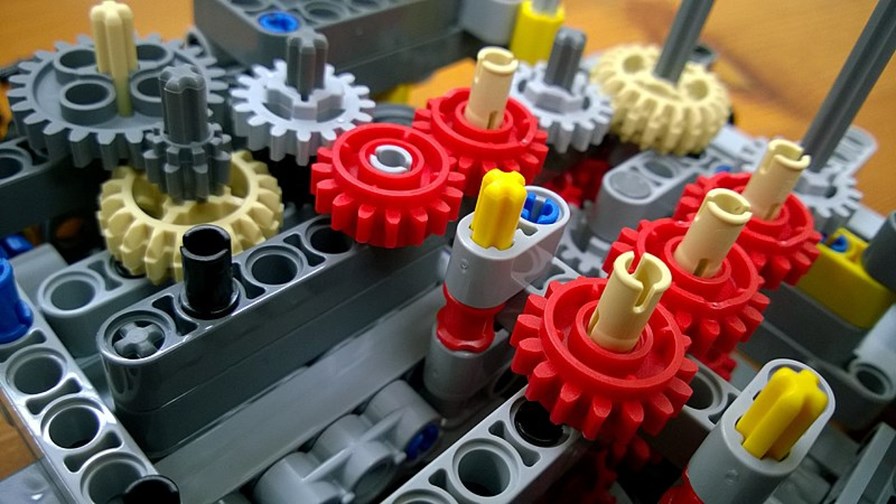 cogs in a machine (wikimedia)

The UK government has intervened, on public interest grounds, in the ongoing saga of the proposed US$40 billion acquisition of the phenomenally successful microchip designer Arm, (which is headquartered in Cambridge in the East of England and is a company registered in the UK) by the graphics chips company NVIDIA of California in the US. The government cites "potential" national security issues and the Secretary of State for Digital, Culture, Media and Sport, Oliver Dowden, has written officially to the UK Competition and Markets Authority (CMA) to instruct it to initiate a "Phase One" investigation into the take-over.

The acquisition has been contentious since it was first announced in September last year and the CMA is due to publish a report on its findings into the competition and jurisdictional implications of the take-over by July 21 this year. The report will also cover any national security issues that might arise were any divisions or units of Arm to be relocated to the US - or elsewhere overseas. Now, the UK government itself will conduct an investigation into the potential national security issues highlighted by the mooted buy-out. It will run separately but alongside and concurrently with the CMA probe.

The Secretary of State commented, "Following careful consideration of the proposed takeover of Arm, I have today issued a Public Interest Intervention Notice on national security grounds. We want to support our thriving UK technology industry and we welcome foreign investment but it is appropriate that we properly consider the national security implications of a transaction like this. The Phase One investigation will ensure specific considerations around competition, jurisdiction of a transaction like this." Should the investigation advance to Phase Two, the process will be long and laborious. The mills of the government grind slow but they grind exceeding small.

Arm was a British success story until it was sold to Softbank of Japan at the knockdown price of $32 billion when the value of the British pound plummeted as the country voted to leave the EU. Most of the transaction was paid in NVIDIA shares. Arm chips power billions of smartphones around the world, as well as many other edge devices. The company's licensing-based business model is to create CPU architecture designs that other organisations including Apple, Qualcomm, Samsung etc., customise for their own purposes. Softbank kept Arm more or less at arm's length and independent until September 2020 when, racing to shore-up its battered balance sheet in the wake if the We Work debacle, it hurriedly it sold to NVIDIA.

NVIDIA, extremely bullish about its perceived coup, promised at the time that Arm would remain headquartered in the UK "until at least September 2021". That deadline, now less than six months away, has gone forever. Expectations are that it will be at least 18 months before any final decision will be made. Meanwhile the company continues to pledge that it will employ more British workers (there are presently 3,000 in the UK out of a total of 6,500 worldwide) and that the brand will remain unsullied. However, whereas Softbank made legally binding commitments to back up its promises, NVIDIA has done no such thing and reassuring words are plentiful - and cheap.

Hermann Hauser, Arm's co-founder said the buy-out "will be a disaster for Britain", adding that the promise to maintain and even expand the number of British jobs is "meaningless and will turn the country into 'a vassal' of the US." He added, "If Arm becomes a US subsidiary of a US company, it falls under the CFIUS (the Committee on Foreign Investment in the United States) regulations. This could mean that if the hundreds of UK companies that incorporate Arm products in their devices want to sell and export their output to anywhere in the world "the decision on whether they will be allowed to do so will be made in the White House and not in Downing Street."  Brits have not forgotten when Kraft bought Cadbury the iconic confectionary and chocolate company, and within months reneged on solemn promises it had made not to cut jobs or close plants.

Mr Hauser added that the future for Arm would be as bleak as it would be preordained. He told the Commons Foreign Affairs Committee of the British parliament that once acquired, Arm  would be swallowed-up to become a cog in the machinery of the next enormous technology monopoly company to emerge in the US

Arm’s business model is based not on making revenue per chip but on volume and on the promise that the company will continue to treat all its customers in a neutral manner. More than 180 billion Arm-designed ships have been shipped since the company was founded some 30 years ago. The business model, in combination with Arm's position of neutrality in the production and supply chain has resulted in it being, admiringly, referred to as "the Switzerland" of the global semiconductor market. Worries are that if the acquisition is allowed to go ahead it will become more like a Puerto Rico.