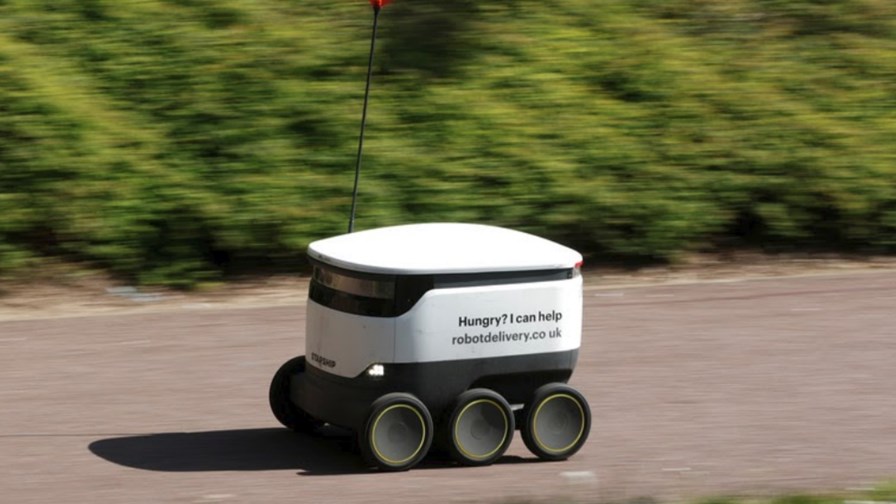 One group of front line workers to have acquitted themselves well through the pandemic are the robots. They are now being recognised as highly valuable technology pieces in the effort to contain the virus and care for the infected because they can be set tasks that ordinary mortals can’t do without endangering themselves and others by spreading the disease.Things like the decontamination of hospitals and public spaces and the delivery of services to the infected.

The World Economic Forum reckons Covid-19 is a robotic game changer and has released an article exploring the many uses robots are being put to in the current circumstancs: they can take patient temperatures and measure patient blood pressure and oxygen saturation. They can travel around a hospital zapping the virus with ultraviolet light. And they may be sent out and about (see picture above) to deliver food to people quarantined in large hotels or ferry blood samples to laboratories.

They may also be enlisted in a policing role as drones to watch out for stay-at-home violations, and they may automate the all-important public testing regimes that are supposed to support the track and trace phase in combating the virus.

As a result the forum reckons robots and their creators are staking out a valuable permanent role for themselves as a hedge against future health crises.

In fact robotics was already on a growth spurt before the pandemic. ABI Research reports that last year it won significant dollops of investment - a large chunk was spent on acquisitions ($17.8 billion) with a further $29 billion in straight investment.

ABI says most of this funding was steered towards autonomous passenger vehicles (APV’s), surgical robotics, and warehouse automation, with significant growth for field robotics and drone services.

“Despite not having commercialized their technologies, autonomous passenger vehicle developers like Waymo, Cruise, Zoox and company have continued to amass enormous funding from the corporate and VC world,” said Rian Whitton, senior analyst at ABI Research. “Surgical robots also received huge funding, and have already been commercialized to a considerable extent, with Intuitive Surgical selling over 5,000 Da Vinci robot systems to date.”

So what are the lessons so far?

The WEF points out that every disaster is different, but the experience of using robots for the COVID-19 pandemic, the article authors say, “presents an opportunity to finally learn three lessons documented over the past 20 years. One important lesson is that during a disaster robots do not replace people. They either perform tasks that a person could not do or do safely, or take on tasks that free up responders to handle the increased workload.”

It says the majority of robots being used to treat COVID-19 patients have not replaced health care professionals but are teleoperated, enabling the health care workers to apply their expertise and compassion to sick and isolated patients remotely, not have their role taken over by a robot, with all that might imply for the mental well-being of the patients.

The authors say that given the ebb and flow of interest in robots for disaster relief (lessons learned and then quickly forgotten, as memories fade), the best robots for a disaster are the robots, like those in these examples, that already exist in the health care and public safety sectors.

The robots being designed now “to allow health care workers to remotely take blood samples and perform mouth swabs” probably won’t make a difference during this pandemic but might come into their own during the next one  “if the momentum for robotics research continues.”