UK will lose out on White Space spectrum opportunities in Europe 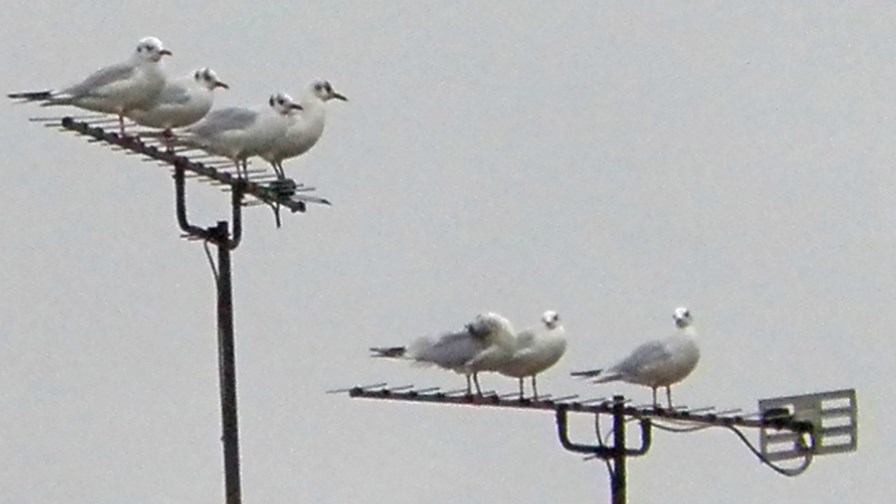 The complications and implications attendant on the UK's decision by referenda to leave the European Union (EU) continue to impact the country's electronic communications sectors (as well as everything else). Last week's furore was about Britain now being excluded from the long-, so very, very long- awaited Galileo Global Navigation Satellite System system after having ploughed lots of development money into the massive and massively late project.

And now, this week it looks increasingly likely that Britain will be an also-ran in the application of TV White Space (TVWS) technology in the provision of much needed broadband Internet connectivity. "White Space" is the unused anti-interference buffers between active television channels in the VHF and UHF spectrum. Over quite some years now ongoing independent research has proven that the buffer spectrum can be used to provide broadband Internet access without affecting adjacent TV channels. TVWS also has a potentially powerful role to play beyond broadband in that it can easily be used to connect the Internet of Things (IoT) and will be a major factor in enabling Smart Cities.

TVWS has global applicability and regionally there is massive scope for the use of it across the EU and the wider European continent, but the likelihood now is that in leaving the EU the UK will be left on its own as a right little, tight little offshore island whilst comms companies and organisations in the remaining 27 member states will reap the benefit of providing broadband access to digitally dispossessed European populations and connecting the IoT.

A new report, "Underserved Europe and the TVWS Opportunity" shows that a huge number of households and businesses the length and breadth of Europe still have either no, or very very limited access to "broadband" connectivity and services. Many networks remain partial and incomplete, rural areas are routinely underserved and/or ignored, tariffs are high and real high-speed access remans a pipe dream. What's more, far too many places will never get fibre broadband because the cost of deploying it is so high and return on rural investment will take decades to achieve - if it is ever achieved at all. Clearly alternative technologies need to de deployed and this is where TVWS comes in.

The new report is a collaboration between Nominet, the UK domain name registry, TVWS database owner and provider and leader in dynamic spectrum management specialist and Point Topic, the broadband market intelligence organisation. It shows that four per cent of all European households and tens of thousands of enterprises across Europe are still without basic fixed broadband services.

Nominet has been researching the use of TVWS in the UK as part of its focus on dynamic spectrum management, and the recent collaboration with Point Topic resulted in an informed identification of the extent of broadband connectivity problems across Europe, but also to understand where TVWS deployment could be possible and prove most effective.

For its part, Point Topic, on behalf of the European Commission, has been researching broadband coverage in Europe since 2010 and many companies are developing TVWS technologies to be able to provide what is usually called "enhanced" or "superfast" Wi Fi".

"Traditional" Wi-Fi routers have a range of about 100 metres at best - and that's under ideal conditions. As everyone knows, router accessibility and performance degrades severely if signals are blocked or attenuated by environmental barriers such as walls an windows, but "Super Wi-Fi" has an effective diameter range of some 10 kilometres and its signals can easily penetrate buildings and trees.

Then there's microwave. It's a feasible and important carrier mechanism but to be effective it requires line-of-sight between connection points. This means towers and that means expense. However TVWS does not need line-of-sight because it depends on much lower-frequency UHF signals that can penetrate obstacles an cover hilly ground without the need for additional infrastructure.

In the UK, back at the start of 2018, the Dynamic Spectrum Alliance (DSA) published a set of new model rules for TVWS technology, the idea being to provide governments, policy makers and regulators with tools to enable the quick and efficient deployment of TVWS networks to help bridge the digital divide and support the Internet of Things (IoT). The new rules are based on regulatory environments already defined by Ofcom in the UK and the Federal Communications Commission (FCC) in the US. The model takes into account what so far has been learned from the operation TVWS networks, including by Nominet, which is a member of the DSA.

The UK has plenty of experience of and expertise in TVWS but soon that will count for very little as far as the EU is concerned. The new Nominet/Point Topic report shows that at least 40 million Europeans cannot get fast broadband. Brexit is due to take effect on March 29 next year. So far no transition period or regime has been agreed and negotiations seem to be going nowhere and the odds must now be that the UK will miss out on an enormous European opportunity. But there is a bright side, we'll be free to do important deals with the likes of South Georgia and sweet Rockall.