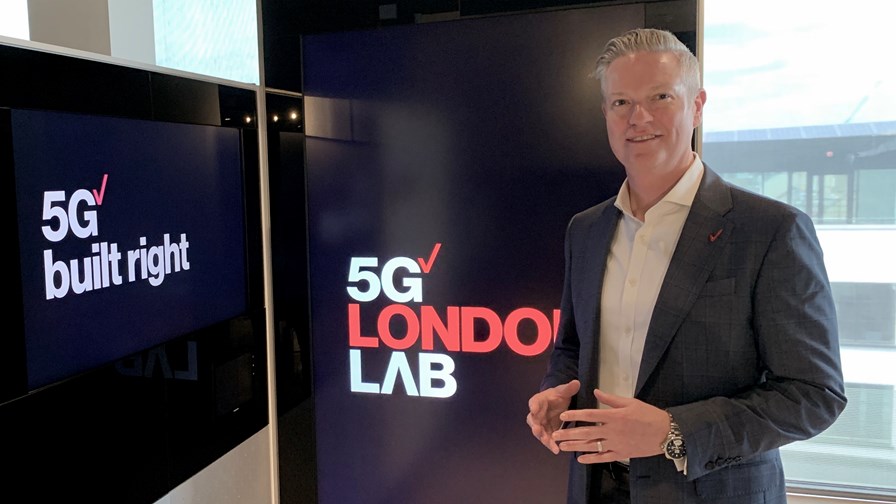 LONDON – Building on its 5G and stadium network experience in the US market, Verizon is seeking to become a significant player in the international private wireless networks sector by building on a notable, successful deployment in the UK, upgrading its 5G London Lab to engage with more customers, striking new technology partnerships to help it meet the needs of potential customers in multiple vertical sectors.

That was the key takeaway from an analyst and press briefing day held at the Verizon Business offices in central London this week, during which Verizon staff and partners showcased enterprise 5G applications and provided an update on the service provider’s plans.

With the pandemic now on the wane, Verizon Business is now cranking up its international efforts, with a focus on private 5G deployments in particular. It scored a notable success in the UK last year with Associated British Ports (ABP), and along with vendor partner Nokia installed a 5G network at the Port of Southampton, which is the UK’s largest port in terms of the number of vehicles and containers handled.

That deployment has been a great success, according to Scott Sier, Head of Technology & Digital Experience at ABP. He noted during a panel discussion during the London briefing that the benefits had been much greater than expected: In addition to automating operations and driving greater efficiency across the Southampton docklands, the ABP team is now realizing safety and security benefits. “If I was talking to other ports, I’d tell them they’d be blown away by what they get” in terms of benefits.

Sier also noted that he has been able to replace 250 Wi-Fi access points with just seven 5G radios to cover an enormous area and that the connectivity and signal strength around the port has exceeded his expectations.

Now Verizon Business is looking to build on that customer reference. Sampath Sowmyanarayan, Verizon Business Chief Revenue Officer, boasted of “hundreds in the pipeline,” with “dozens at some stage of deployment.”

In the EMEA region, Scott Lawrence, Group Vice President for EMEA, claimed the operator has a lot of engagements and new customer win announcements soon to be shared. He said there is a lot of proof of concept and test lab engagement with enterprises right now, as well as some more advanced-stage engagements. Lawrence noted that UK gaming giant Entain is investing heavily in an innovation hub based in London, with Verizon involved in the 5G element that is currently being built, while “we have a health and life sciences organisation that we'll be announcing next week – we're launching their innovation centre in Kent,” noted the Verizon man.

“These are all built on the Verizon and Nokia 5G platform. And we have a number of other customers in Germany and the Nordics, where it's either POCs or things like test tracks for car manufacturers where they're starting to deploy private 5G so they can replicate what a 5G environment would be like if they shipped cars to the US, for example. So we're seeing it across multiple industries... and we’re going to start seeing the number of clients that have started adopting really ramp up,” added Lawrence.

To help attract more potential customers, Verizon Business is revamping its 5G London Lab, which was announced in February 2020, just before the first lockdown, and so saw almost zero activity until July last year. It currently showcases a number of enterprise use cases such as computer vision applications, smart automated retail, automated production lines and even a private 5G network set-up for cargo ships, but will now be upgraded to a much larger Innovation centre akin to the one it has in Boston that enables broader partner and customer interactions, still with the 5G Lab element incorporated. The revamp is about to begin in Verizon’s central London office facility and decisions are still being taken about exactly what kind of enterprise customer engagements might be enabled – “we’re considering the sandbox approach” for co-development, noted Lawrence.

Add to that activity the push by the service provider in partnership with Extreme Networks to target venues and stadiums in the EMEA region, which is starting with a collaboration at Manchester United’s Old Trafford football stadium, and Lawrence and his team have a lot to take to an enterprise community that is increasingly keen to find out about the potential of private wireless networks.