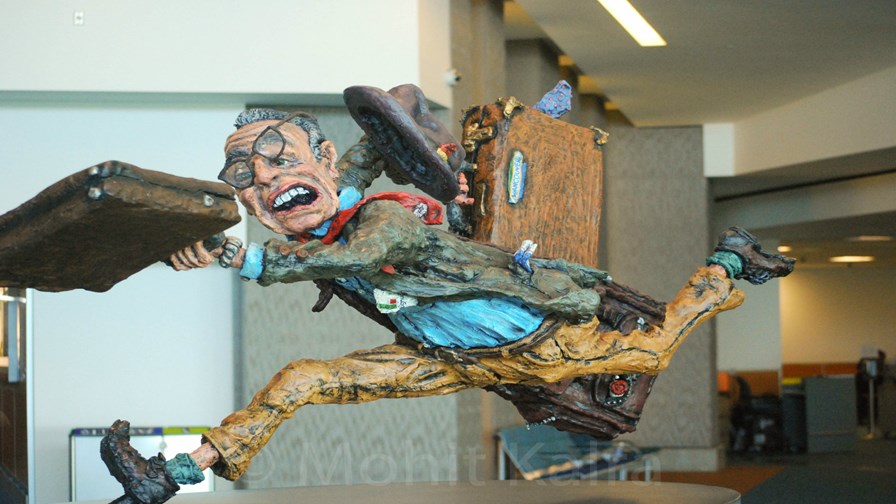 The ubiquitous availability of computing, broadband, the Internet and mobile comms was supposed to foster and provide the world's working population with a life of increased leisure. In reality, it has done nothing of the sort, hence all the brou-ha-ha about 'work/life balance'.

For many the see-saw is more out of kilter now than ever, weighed down as it is with the common and entrenched expectation that employees must always be available when an employer requires it. But a backlash is beginning and Germany, the powerhouse economy of the European Union, is considering imposing regulations that would prohibit employers contacting employees outside agreed working hours. If it goes ahead Germans will do work in the hours allocated to it and will not be available either to be contacted or to work outside that core time.

Are you nostalgic for those dear, dim, dead, distant days before emails and mobile phones and the relentless work and time pressures now associated with them? Remember when people actually finished work of an evening when they finished work of an evening? And guess what? Yes, the work was still there the next morning and the global economy hadn't collapsed overnight just because, for a few hours, staff were out of contact. We got through millennia like that and things were still done.

And even when email did start to dominate the working day, at least was only the day. People went home at night with no computer or mobile device about their person or in the home, always-on and primed to interrupt them and spoil the evening meal and family life. Back then, weekends were actually weekends, a time of R&R and a two-day break from the workaday world.

Now though, the relentless demands of 24/7 globalised business has spread its tentacles around the world and gone are the days of guaranteed downtime and a real break from work.

Today the common expectation of employers is that staff will be permanently available whenever the organisation has a perceived need for them to be. Most working in and at a 'career' and in the employment of even a small- or medium-size enterprise are now expected to be, (and worse still have come to be expected to be), at the beck and call of business demands and exigencies at any time at all - highdays and holidays included.

The endless requirement to be present and respond on demand, combined with the assault on and reduction of our private and family lives outside what used to be called "normal working hours" is causing massive social stress and both physical and mental health problems all over the world.

The ability literally and metaphorically to "turn off" is now routinely denied to millions and millions of people - sometimes, and all too often it must be said, because people do it to themselves. There are many info junkies who leave their emails and smartphones overnight at the bedside or even under the pillow and wake up each time that bleep or ping reassures them that they are alive, in-the-loop and 'needed'.

However, resentment overall is growing and before anyone goes reading this gets all het-up and indignant at the thought that this can only be yet another bit of loony socialist dogma conjured up by the French, it should be reiterated that this a German initiative through-and-through, and the Germans are noted for their moderation and pragmatism.

Labour laws in Germany already dictate what by UK and (particularly by) US standards are very generous worker benefits including well-paid maternity and paternity leave, sickness benefits, national insurance and a minimum of 24 days holiday a year.

What's more, under the German economic model there is little of the massive disparity in salaries and perks between higher management and the rest that so distorts the UK and US workplace. In Germany it is still highly unusual for a CEO to be paid more than six times the earnings of an average worker and time off in the evenings and weekends for all within a company or organisation is prized though out the country.

So now the German Minister of Labour, Andrea Nahles, is calling for the imposition of “anti-stress regulation" that will ensure people get time off from email etc. each and every day.

Unsurprisingly, her stance is applauded by Hanns Pauli, the head of health and safety at work for the Federation of German Trade Unions. He says, "Contacting workers after hours crosses a sacrosanct line in Germany between work and leisure and that line must be maintained and re-inforced."

There is, of course  opposition to the initiative within Germany itself and elsewhere in the EU and the wider world, with some economist, politicians and pundits saying the proposed legislation will cause employees and the economy harm in the long run. They say that the provision of "too many benefits and the regulations that go with them" will result in employers taking on fewer full-time staff and so foster part-time, inherently less secure and potentially exploitative contracts.

Other critics of the proposal point out that flexible working hours will unduly effect parents who, currently can take an hour of so off in the afternoon to pick up the kids from school or to attend a school-based sporting event and then make up the time taken off later in the evening. However, those supporting Andrea Nahles say that all too often such flexibility, while welcome, actually results in people working even longer hours that they would do otherwise.

There is increasing empirical evidence that either through fear of losing a job, a culture of presenteeism or addiction to email and messaging, many people around the world are now working longer unpaid hours and days - often at unsocial times and during weekends and holidays - than was the case even a few years ago and society itself is suffering as a result. When the balance wheel goes, the watch tells the wrong hour the spring breaks and the timepiece eventually requires repair.

Not for nothing does Volkswagen turn off its email servers when the day's work is done.