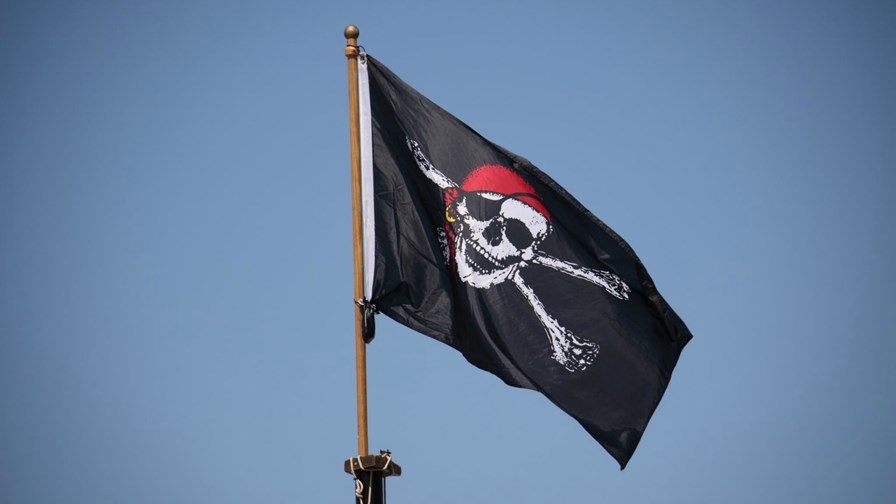 A new research report confirms that individuals who are determined not to pay for access to movies and tv shows are still faithful adherents to pirate web video sites. It comes as no surprise really. Pirates are cheapskates and even when they are having their distinctive facial ornaments fitted, they won't pay more than a buck an ear.

According to the new report from Irdeto, the digital platform security company, peer to peer piracy (or perhaps that should be pier-to-pier piracy) remains the preference of those seeking access to illegal copies of films and tv programmes, despite the many and various crackdowns and attempts to shutter pirate sites that have been made over quite a few years now. What's more, ever-increasing web video piracy is actually adding to the global movie and tv piracy problem rather than replacing P2P piracy.

It seems the burgeoning pirate web video sites are as popular as good old P2P. Irdeto says this is down to visits by “casual pirates,” (the ones that don't dress-up in full fig pirate costume à la  Jack Sparrow when squatting on the fo'c'sle of an evening to watch the telly) who are happy to go both to legitimate sites and illegal piracy sites to see what they want to see.

The report reveals that last year 50 percent of forays by casual pirates were to web video sites. However, over the same period 80 per cent of monthly visits to pirate sites by “committed pirates” (i.e those so confirmed in their piracy that they never patronise legitimate streaming sites) were to P2P sites. It seems pirating is addictive. 'Committed pirates' say that once they lose their first hand, they are hooked forever. But many confess to spending a lot of time browsing in second-hand stores.

The research also finds that visits to P2P sites account for 70 per cent of global activity for both web video and P2P platforms. The result was an average of 800 million global monthly downloads from P2P sites in 2017. Again, P2P activity greatest in 'high-piracy' countries, including Russia, India, Brazil, the Netherlands and the US - and the incidence is on the rise.

Interestingly the report reveals that web video sites actually source 28 per cent of their high-quality video content from P2P sites. In other words pirates are pirating from other pirates. Amusing really. Strangely there is also a small cadre of namby-pamby fishermen pirates who do actually pay for the content they steal, but only in pieces of skate.

Peter Cossack, (and what a very apt freebooting name that is given the subject matter of this story), VP of Cybersecurity Services at Irdeto commented, "“While many expect P2P piracy to be taken over by streaming and direct downloads, it’s clear that this has not happened yet. P2P piracy is still a big threat to the industry, in which the overall piracy problem is growing."

Agencies such as Interpol and the FBI are issuing information packs containing hints on how to identify suspects. One tip is that groups of eight outrageously costumed men with fireworks burning in their beards and sporting eight legs, arms and eight eyes between them will almost certainly be pirates.

At this point I have to declare a personal interest in this subject. I grew up in a fishing village and my cousin, Roger, the cabin boy, was the son of a poor and and particularly ineffective pirate. Everyone was outraged when the lad was forced to walk the plank but the family couldn't afford a dog.