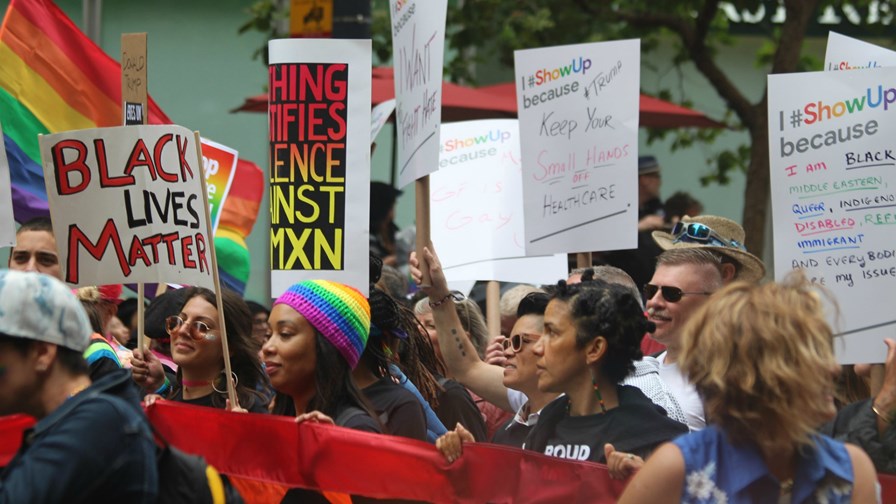 Whatever else the last week has signified, it’s certainly been an inspiring demonstration of the power of the industry’s own technologies. Smartphones and Internet have together been the conduit for the graphic horrors which stimulated the mass demonstrations against the murder of African American man George Floyd.

The result has been the compelling documentation of police brutality. It’s been captured by smartphones held aloft, often from multiple angles, with the content uploaded and streamed to millions within minutes. Vivid and unarguable evidence of police acting with impunity.

So it’s probably fitting that some of the industry’s big hitters have stepped up to the plate to offer support to those organisations, such as Black Lives Matter, at the forefront of this fight.

Intel, for instance, has this year made great play of its corporate responsibility efforts: releasing a report last month (see - Intel launches first Global Challenges, marks a new era of shared corporate responsibility) which showcased the company’s actions in helping stem the full range of environmental and social nasties: from greenhouse gas emissions and green power, to promoting gender pay equality, human rights and digital inclusiveness (and more). So many issues, all of them important, all of them longstanding and all of them currently lacking a focus for outrage.

With the felling of a 75 year old (white) protester who was left to bleed from his head injury, came the growing conviction that police violence, indifference and impunity had already been spread beyond the African American community in the US.

“Black lives matter. Period,” Intel CEO Bob Swan wrote to all his employees last week.  Swan said that “racism of any kind will not be tolerated here at Intel or in our communities,” and he pledged $1 million in support of a range of anti-racist non-profit and community organizations.

Last week Cisco appeared to up the stakes. It postponed its virtual Cisco Live event which it had scheduled as a response to the spread of Covod-19. Citing “recent events in the United States,” CEO Chuck Robbins said the company felt a postponement was the “right thing to do” following George Floyd’s murder and the ensuing turmoil. “Many of us need time for space and healing,” said Robbins, who also announced that Cisco would make a $5 million donation to a range of groups including Black Lives Matter, and the NAACP’s Legal Defense Fund along with Cisco’s own anti-racism fund.

Facebook’s Zuckerberg has been generous, committing  $10 million worth of donations to a range of groups while mentioning that his wife’s ‘Chan Zuckerberg Initiative’ has also been investing about $40 million each year to fight racial injustice.

Other tech giants have been sending quieter virtue signals. According to Forbes Apple’s CEO, Tim Cook, has told employees that it was important to stand up for one another and Apple is understood to have made “unspecified donations to multiple groups.” It has also said it will match employee donations two for one.

Alphabet has been feeling down the back of Youtube’s sofa to come up with what appears to be the $1 million table-stakes required to get into the anti-brutality fight.

So far the industry’s response has been forthright. More donations may follow.