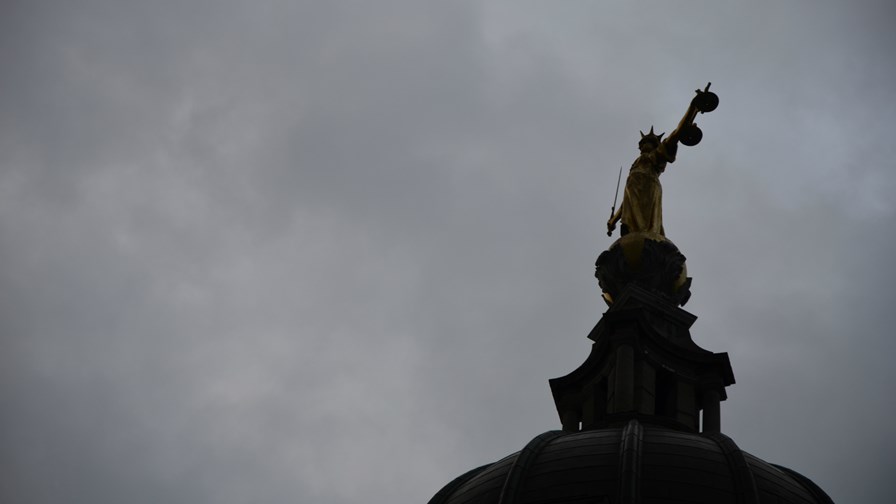 The UK's resurgent and rampant incumbent telco has the bit between it's teeth and is prepared to take the industry regulator to court to maintain its dominant position in "super fast" broadband and the local loop.

This morning, as TelecomTV reported in the 7 AM Briefing, the new head of the UK regulator, Ofcom, was announced. She is Sharon White, a Treasury mandarin whose daily job has been to manage and impose many of the swingeing spending cuts that our "austerity" coalition government has been imposing since the minute they got into power in 2010. Ms. White replaces Ed Richards who who seems to have been at Ofcom, man and boy. He has been CEO for seven years and was a functionary at the regulator for years before that.

Sharon White is certainly experienced at baring her teeth and wielding the axe but even she is going to find the going a bit tough when she takes over next March. Her inbox will already be piled high with serious problems including the fraught matter of the upcoming auctioning of Premier League Football rights and the mooted closure of a the TV channel, BBC 3.

However, these will pale into insignificance compared to a looming confrontation with a rampant BT. The UK's incumbent telco seems to have been overdosing on monkey-gland extract of late and there is a strong whiff of testosterone on the wintery breeze that is wafting from BT's executive suite and around St. Paul's Churchyard.

BT has adopted a remarkably aggressive stance as it limbers-up to defend and retain its almost complete and (presently) unassailable dominance over the local loop and what it refers to as the "Superfast Broadband" market. BT, remains massively important and powerful 30 years after it was privatised in an effort to make Britain's telecoms market more competitive. It is very much on the front foot at the moment and is getting its retaliation in early by deliberately fomenting what might well be a long war of attrition with the regulator.

The telco, already hitting the headlines over its proposed £12.5 billion acquisition of the mobile operator EE, has signalled that it will take Ofcom to court if it makes any attempt to exercise new and further regulatory oversight and control over the pricing of its "superfast" broadband products.

The 'Margin Squeeze' test. A bruising experience, but for whom? BT or Ofcom?

The spat has come about because Ofcom, early in 2015, will announce the imposition of a "margin squeeze" test to ascertain whether those of BT's rivals (including Sky, TalkTalk and, in due course, Vodafone) who, perforce, must rely on having access BT infrastructure to provide 'superfast' broadband themselves, are able to make a 'reasonable return ' on the sale of those products and services.

That lèse-majesté has angered BT's top management and board of directors but what has really made them really hopping mad is Ofcom's further proposal to examine whether or not the wholesale prices BT charges its competitors for super fast broadband are, coincidentally or not, remarkably similar to the retail prices BT charges subscribers to for retail superfast broadband services.

Word has it that BT has already threatened to go to the British High Court if the 'margin test' does go ahead. The operator's case is that such a 'test' would be illegal because it would cause irreparable harm to its business. Thus it would apply for a ruling negating Ofcom's intent,  rendering the regular toothless and impotent in this matter.

Ofcom, under Ed Richards, was frequently knocked off-course and frustrated by being dragged, time and again, into the courts - and BT is prepared to do the same again. Any resultant litigation would be prolonged, very expensive and designed to show Ofcom who, in the end, really is the boss.

BT has also used another tactic to frustrate Ofcom. This very month the operator upped  its retail broadband prices. This increased its margin compared to its wholesale rates and BT will thus be able to claim, and adduce evidence to support the contention, that it is not applying a 'margin squeeze' on competitors - even though probably has been.

Amidst all the talk, speculation and scaremongering about 2015 being the "Year of Convergence" in British, European and North American telecoms, BT's rivals are most worried that the operator will become even more powerful and dominant in some areas than it is now. They think that their best chance curb some the incumbent's commercial aggression will be to demand that the regulator takes a much tougher line with BT Openreach, the division that supplies competitors with wholesale broadband. Demands are rising that Openreach be formally and structurally separated from BT. But that would take time, and  BT would fight any such proposal every step of the way, so rivals are also demanding immediate access to BT's dark fibre so that they may better serve their own superfast broadband customers.

And, if all that is not enough to be going on with, Ofcom will also have to rule on whether or not BT will have too much dominance in the UK mobile market if and when the takeover of EE is accomplished. The UK Competition and Markets Authority is to mount its own investigation into the proposed acquisition, not least because the deal would present to BT, on a golden platter, a captive market of some 800,000 consumers already signed-up to EE's broadband services.

Trapped in the Obfuscation Office with the Princes of Prevarication

To this day BT maintains its Vulcan death grip on broadband everywhere in the UK that isn't cabled. - and a lot of it isn't. What's more, despite efforts to open-up the local loop and permit rivals to co-locate their equipment in BT exchanges, the incumbent still has more or less absolute control over something that was built over decades with taxpayers money and then quite literally gifted by the then government to BT at the time it was privatised.

This is BT's strong suit and despite howls of protest from its competitors and increasingly frequent and strident calls for the telco to be forcibly divested of its local loop assets to ensure some real and meaningful last-mile competition there is no indication that anything will happen on that front until the next blue moon.

The whole thing is a can of worms. In essence, Ofcom wants BT to make greater returns from superfast broadband services to show Ofcom that it is not exercising undue dominance over the market by not charging enough for superfast broadband. It's crackers. The net result of all this may well be that the regulator will get bogged-down in a legal quagmire that will make the case of Jarndyce v Jarndyce in the Charles Dickens novel 'Bleak House' look like instant justice. BT will sit back and watch as the months and years roll by and the cash rolls in, For one thing you can be sure of is that the prices subscribers pay for broadband will continue to rise and rise, regardless. Ah, competition. It's a wonderful concept. Pity about the practice.