It never rains but it pours: Huawei now faces problems in India 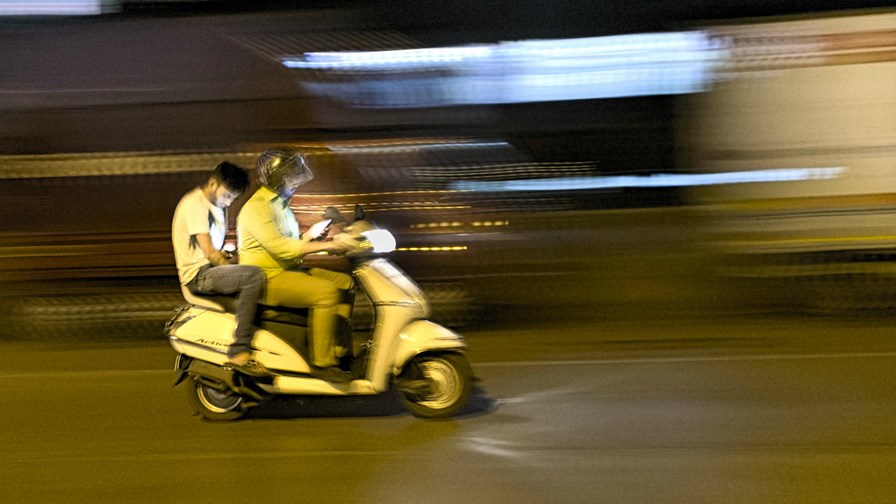 The old Chinese curse of "may you live in interesting times" has been well and truly visited on Huawei over the past year or so. And that was before the coronavirus headed its ugly rear.

As of the end of December 2019 the Huawei products were completely banished from mobile networks in Australia, New Zealand and the US, partial bans pertained in Japan and Taiwan and Canada was perched uncomfortably on the fence waiting to see which way the prevailing global wind might blow - as were Belgium, Denmark and Sweden.

Now today comes news that Huawei's once bright future in Indian telecoms, the company's second-biggest market after China, is starting to dim. A new report from research and analytics company GlobalData says that whilst the Indian market holds great potential for Huawei and is a prime commercial target, political pressures are mounting that could see the company's influence wane.

Antariksh Raut, Senior Analyst of Telecoms Market Data & Intelligence at GlobalData says, “India, being world’s second largest market after China, holds strong potential for Machine to Machine/Internet of Things growth. Factors such as the growing economy, smartphone penetration, high data consumption, and technology adoption, among others, make India a favourable investment destination for Huawei." But he adds the caveat, "The US is applying pressure on India to reject network equipment from Huawei" and this puts the Indian authorities and telecoms sector "in very tricky situation."

The Indian economy as a whole is greatly dependent on the availability of cheap Chinese products and trade tilts heavily in China's favour. Were the flow of inexpensive Chinese consumer goods to India to be interrupted, economic problems would mount and that would further affect the political situation. Hitherto, India has let Huawei in on India's trialling of 5G technologies but the government is back-pedalling on its its decision to name Huawei as a prime player in the full deployment of the national 5G infrastructure.

There's a lot at stake. According to GlobalData's latest Mobile Broadband Forecasts, M2M/IoT subscriptions in India are expected to grow from the 9.75 million reported at the end of 2018 to 84.4 million by 2024. That's a compound annual growth rate (CAGR) of 42 per cent and 5G will massively increase data speeds and with it the power and reach of IoT.

Huawei's response is insist, as it always does, that it is a fully-automomous private company with absolutely no links whatsoever to the Chinese Communist Party, the government or the Politburo. It stresses that it is totally transparent in all its dealings, and will be compliant with faithfully apply and follow all and any rules and regulations that the Indian government has or may impose. As the splendid Mandy Rice Davis once observed, "Well, they would say that, wouldn't they?"

Huawei has also announced that it's commitment to and investment in India is for the long-term and has indicated a willingness to get into local manufacturing and creating a lot of jobs.

Antariksh Raut concludes: “Considering India’s political and trade relations with the US and China, India may allow Huawei products for 5G deployments by strictly restricting its involvement for the development of core 5G networks especially at sensitive places (country’s borders). It will be very interesting to see how the Indian government along with network operators and Huawei arrive at the decision, which could turn win-win for everyone involved, without compromising on the national security.”

Or further enraging the Great Orange Pumpkin over the sea.

If you ever wondered whether Trump and his administration were all stark staring bonkers, wonder no more. Trump’s Attorney General (or should that be,Trump’s Attorney?) has just revealed the latest cunning plan to hobble Huawei.  Yes, finally proving that security was never the issue, Barr suggests moving on to the plan B of buying a controlling stake in either Nokia or Ericsson or both and seeing Huawei off by simply muscling it and China out of International technology markets, should be the way to go now

The possibility that both the Swedish and Finnish governments might have something to say about this doesn’t seem to be an issue.

The Financial Times reports that William Barr said at a conference in NYC that the US and its allies should be considering proposals for American ownership of a controlling stake in the European companies.

“It’s all very well to tell our friends and allies they shouldn’t install Huawei’s equipment, but whose infrastructure are they going to install?” said  Barr on Thursday.

Of course both suppliers are already supplying literally dozens of operators with 5G infrastructure. so it’s not as if Huawei has somehow dishonestly cornered the market, as Barr seems to imply.

What Huawei has done is build relationships and trust with many big European  telcos over a couple of decades, especially BT, and it has done so while charging them considerably less than European competitors.

It almost seems that, having failed to convince European countries to outright ban Huawei, Trump is attempting to adopt the old mobster trick of simply coming in and taking over the business: “making an offer you can’t refuse,” as the old Godfather saying goes.

You couldn’t make it up.