European consumers want their comms cake - and to eat it too 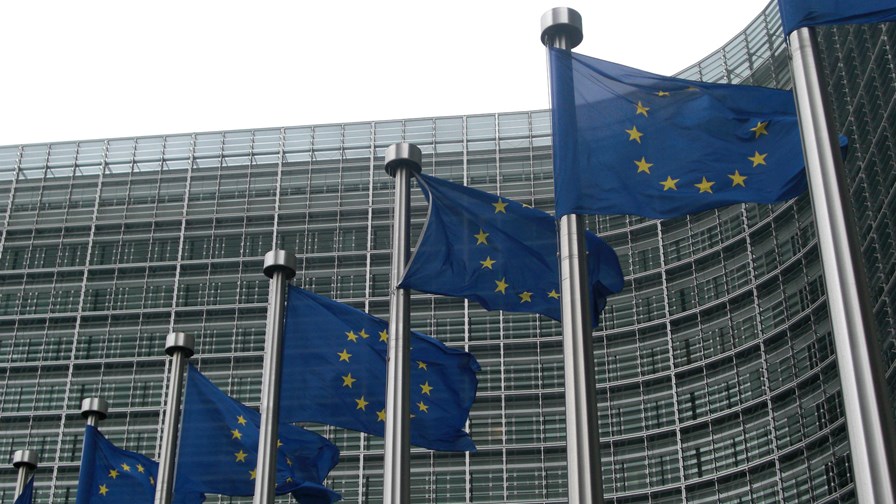 One of the European Commission's (EC) many, and apparently interminable, "Works in Progress" is the endlessly ongoing evaluation and review of the regulatory framework for electronic comms networks and services across the member states of the European Union (EU).

Given the EC's institutionalised lethargy and lack of any sense of urgency, the mills of Brussels grind on, and on, and on reducing the subject matter to microscopic dust particles even as the technologies and markets that the evaluation is supposed to be considering change out of all recognition and the markets mutate to become unrecognisable from ones that existed at the time the great work was instituted. The Pyramids were probably conceived, planned and built with greater speed, and,  just like Old Man River, (in this case the ancient Nile) the European Commission just keeps on rolling along.

We should be glad therefore that other, less hidebound and more responsive bodies are also looking at the subject in some depth and, just today, a new piece of research is published indicating that European consumers are undergoing significant changes in their digital habits and expectations.

European Telecommunications Network Operators, (ETNO), the association representing the interests of Europe's biggest telcos and service providers, in partnership with the research consultancy ComRes, has published the “Digital Consumer Survey 2015". It is a major piece of work. ComREs interviewed more than over 9,000 people, aged from 15 and above, in Estonia, France, Germany, Italy, Poland, Romania, Spain, Sweden and the UK about their perceived differences between telecoms and Internet service providers.

Consistent in their inconsistency

The headline results how that in terms of data protection, many European consumers remain in ignorance of the differences and marked differences between standards and protections offered by established 'traditional' telcos and their upstart OTT rivals. Consumers express considerable disquiet about the quality and reliability of safeguards surrounding their personal data and generally expect traditional and incumbent telcos to be better at it than OTT competitors and are very much against any companies, be they traditional or OTT, manipulating and using consumer's personal data for commercial advantage and money-making.

Secondly, where communication services are concerned, European consumers see the non-portability of data and identifiers in comms services offered by OTT players to be a  major barrier to their uptake and use. Users want a wider range of options, including the unbundling of services and equipment, and more choice between sharing data or paying fees - even though the research shows that they may not know what to opt for were they given such choice. It looks like yet another case of "I'm not sure what I want, but I want it now." Interestingly, the provision of emergency call functions and capabilities are not regarded as critical matter when consumers opt to sign-up for OTT services. However, that might change if their homes are broken into, catch fire or flood.

Thirdly, the research confirms that physical telephone directories are now largely redundant and a thing of the past. (However and notably, another report released today shows that in the UK calling one of the country's plethora of privatised directory enquiries companies, already a sky-high rip-off, is now truly astronomical. Subscribers are now routinely charged up to £4 for a number, and this can rise to £6 or £7 if the company then connects the call for you. It is an absolute disgrace but people continue to use the services even though they are free online. More fool them.)

Finally, consumers think payphones (increasing rare in European towns and  villages) are a valuable resource, particularly in emergency situations but very few of them ever use one. It's nostalgia as much as anything.

Overall, the research finds that consumers are inconsistent beasts for example, rating both the stability and reliability of connection provided by traditional telcos and OTT players as being broadly similar and also agreeing that both types of provider have good customer service and support and are also good keeping people informed about contract terms. And yet, when questioned more closely, consumers simultaneously expect less from Internet-based communications services.

Here are some examples of consumer inconsistency: 77 per cent of respondents believe that traditional services have reliable connections compared to 65 per cent for OTT providers while 64 per cent ranked traditional services as better than those from  OTTs (55 per cent) when it comes to the safeguarding personal data and privacy.

Meanwhile, 49 per cent value the connection reliability the traditional telcos provide in emergency call functionality in comparison to just 29 per cent of Internet services. It, or rather they, the consumers, seem to be all over the place.

It goes on: while respondents are less informed on the subject of protecting personal data - a mere 12 per cent know much about the higher levels of data protection provided by regulated telecom services as opposed to online services, 77 per cent want Internet-based service providers to be “legally required” to inform them when there is a breach in their personal data.

Those surveyed agreed that data is a resource and  an opportunity as far as the service providers are concerned but want data use policies to be made very clear indeed. OTT players in particular are demanding more and more access to users' personal data and 56 per cent of respondents said users should be offered offered a clear option between paying a monetary fee for using a service or permitting the sharing of personal data rather than paying a fee. Almost 70 per cent say that it is completely unacceptable for service providers to use personal data for commercial use. And good luck with putting an end to that!