BT/EE takeover approved: a Gothic Revival and just in time for Halloween 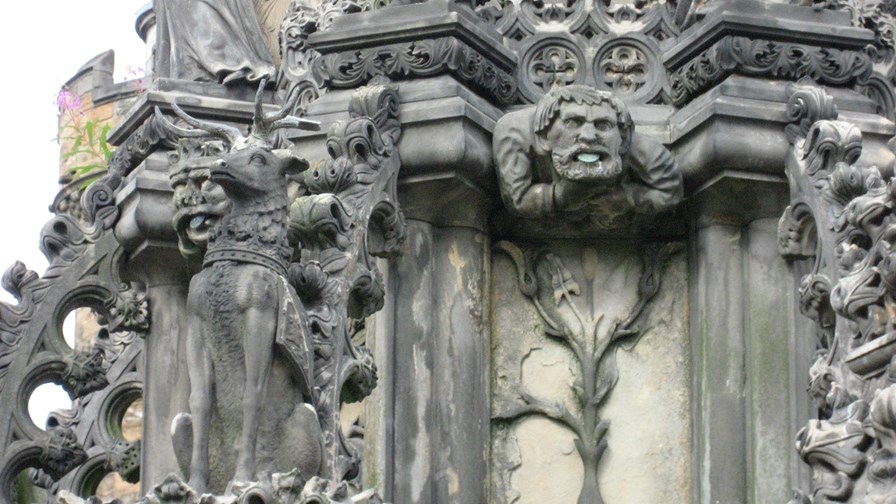 "The Modern Prometheus" is the secondary title of a novel first published back in 1818 and that has not been out of print since. Written by Mary Wollstonecraft Shelley it is much better known by its first one-word title which is "Frankenstein". Almost 200 years later the UK competitions authority has ushered in a Gothic Revival for the Digital Age by approving BT's take-over of EE. Are we witnessing the creation of monster?

The consolidation in the British telecoms market continues apace this morning with the announcement that the UK's Competition and Markets Authority (CMA) has wafted through on the nod the £12.5 billion bid by the nation's incumbent telco, BT, to buy EE, the service provider formerly known as 'Everything Everywhere' - which it patently and blatantly never was and now never will be.

The CMA's approval is nominally provisional but 'provisional' only in as much as the imposition of income tax in Britain in 1798 was sold to the populace as purely a temporary measure. The fact is that the deal will go through, much to the delight of BT but not necessarily to the benefit of its customers.

In publishing its rationale behind passing the contentious deal through so easily, the CMA says BT's acquisition “is not expected to result in a substantial lessening of competition in any market in the UK”. However, the Authority fails properly to quantify or quantify this hopelessly optimistic statement.

All the chairman of the CMA investigation into the take-over, John Wooton, has said is "We provisionally think that the retail mobile market in the UK, with four main mobile providers and a substantial number of smaller operators, is competitive. The group does not provisionally believe that, in a dynamic and evolving sector, it is more likely than not that BT/EE will be able to use its position to damage competition or the interests of consumers."

This argument is based on the curious logic that because BT "is currently only a small player in the mobile market" and its taking-over of EE will not "significantly reduce retail choice for consumers." And as far as EE is concerned, the same argument applies: EE has only a small part of the UK's fixed-line broadband market therefore it's disappearance as as an independent company will have little effect on competition.

Mr Wooton does though admit that BT's gathering of EE to its capacious corporate bosom may, just may, result in "disadvantage" to those of who use the BT network for wholesale mobile capacity or for the backhaul of mobile traffic (such as Virgin Mobile). He added, "We [the CMA] have provisionally found that in some areas it is unlikely that they [BT] would have both the ability and incentive to do so and in others that the effects of their attempting to do so would be limited."

John Wooton adds that he "does not provisionally believe that, in a dynamic and evolving sector, it is more likely than not that BT/EE will be able to use its position to damage competition or the interests of consumers."

One has to wonder on which moon of Saturn Mr. Wooton is provisionally domiciled.

As might be expected, the CEO of BT, Gavin Patterson, is chuffed. He says, "We're pleased that the CMA has provisionally approved BT's acquisition of EE. The combined BT and EE will be good for the UK, providing investment and ensuring consumers and businesses can benefit from further innovation in a highly competitive market." BT's share price is up five per cent this morning.

Frankenstein's monster: "Only someone as ugly as I am could love me.”

The take-over will create a comms behemoth providing fixed-line, broadband, mobile and TV services. BT will triple its retail subscriber base overnight and the telco will now be pushing its triple-play and quad-play offerings remorselessly and it is entirely possible that the UK will soon be dominated by three big service providers, BT, Sky and Virgin Media - and don't let's forget that Virgin is a cable company of limited reach and market penetration whilst Sky depends entirely on BT Openreach for its landline service.

BT will now own Britain's biggest fibre and LTE networks (although it claims that its impending market dominance is within the boundaries set by regulators in relation to former mergers and acquisitions) have (sort of) so it is devoutly to be hoped that the authorities will keep a very close eye indeed on any further diminishing of competition (and any further unwarranted inflation-busting price increases) in retail mobile, wholesale mobile, mobile backhaul, wholesale broadband and retail fixed broadband services as well as taking another look at the enforced separation of BT Openreach from its parent body, the BT Group. Otherwise the drift to de facto monopoly in important parts of the UK telecoms service sector will quicken and solidify. And, of course, BT will now maintain and even strengthen its Vulcan death grip on the local loop.

Simultaneously and, of course, quite coincidentally to today's happy news for BT, it has also been announced that EE has just won a £1,2 billion contract to provide the UK's police forces and emergency services agencies with a new mobile comms service and solution. The new system will be in use in some parts of the country before the end of 2017 and the existing TETRA-based Airwave Emergency Services (ESN)network system will be turned off completely by 2020. Interestingly, last BT signally failed to make the shortlist of companies the UK government considered sufficiently competent to bid for the lucrative new contract. But now it owns EE and the work has dropped into its lap. Fortuitous that.

There is one last line of defence that might prevent a further erosion of competition and increased prices in the UK comms sector-  but it's the regulator Ofcom, an organisation whose sense of immediacy makes the notion of  "mañana"​ look like a response to a six bell fire alarm.