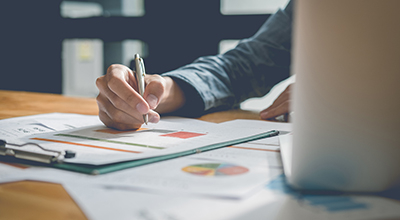 London, 9 April, 2020 - Initial feedback on the first quarter across Europe suggests a spike of a third or so in year-on-year demand for notebook computers and tablets, as COVID-19 lockdowns have led companies to equip employees to work at home and students set themselves up to study remotely.

"This has led to many retailers and distributors in Western Europe running out of stock," said Malini Paul, research manager at IDC EMEA. "Disruption to the supply chain in China following the lockdown in Wuhan over the Chinese New Year cut deliveries into the European market by approximately 15%–20% in the first quarter. More than 90% of the portable PCs and tablets imported into Europe are manufactured and assembled in China.”

“In Central and Eastern Europe, demand also soared as the lockdowns were imposed,” said Nikolina Jurisic, program manager at IDC EMEA. “This demand came from both consumers and companies looking to purchase computers for their staff and included tablets as well as notebooks.”

“As we look into the second quarter, we see the production sector in China is largely back on its feet but disrupted international logistics and border closures in Europe are contributing to extended delivery lead times," said Malini.

“The issue has reversed itself," Jurisic said. “The question now for the sector is whether the spike in demand we saw in the first quarter will be sustained into the second as businesses falter and many others move to conserve cash.”

The current IDC forecast is that the personal computing devices sector will not suffer as much from the rapid contraction in economic performance as many other sectors, as it is key to productivity from home for so many workers. However, IDC expects many commercial orders for office-based computers to now be put off as firms conserve cash, as will government tenders as state expenditures are focused on battling the virus.

For Western Europe, the current IDC "probable" scenario at the end of March for 2020 full year in dollar terms is a fall in the market of only 5% for PCD; in Central and Eastern Europe the drop may be marginally higher.

The major market in CEE, Russia, has seen a major drop in the rouble following the rapid fall in demand for oil precipitated by the coronavirus crisis. While the currency decline is yet not as severe as in the last oil price crisis in 2014, this will reduce market value not just in Russia, but in other oil producing countries in Eastern Europe and those with economic interconnection with Russia.