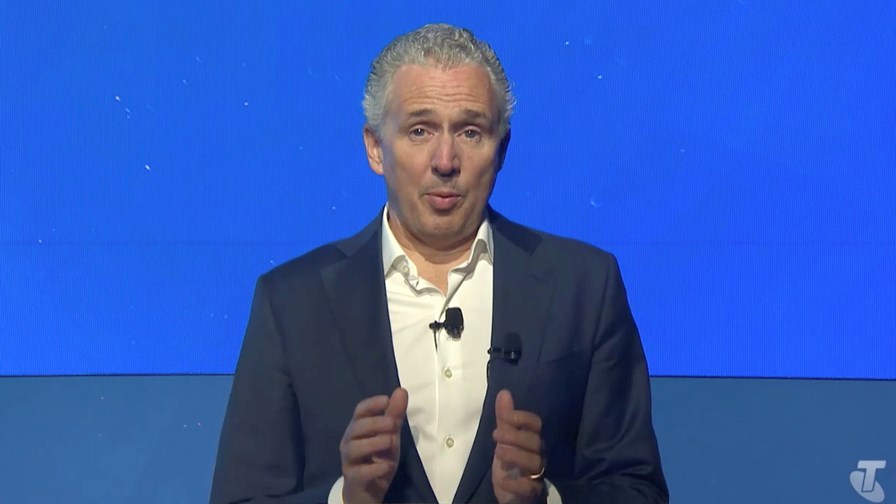 Telstra has unveiled plans to split its network into three distinct and separate operating units – InfraCo Fixed (ducts, fibre, data centres, subsea cables and exchanges), InfraCo Towers, and ServeCo (including the active parts of the network, such as the radio access network and spectrum assets) – and will seek to sell off part of the InfraCo Towers unit. CEO Andrew Penn (pictured above) noted that Telstra “intends to start seeking investment from third parties while maintaining control of our strategic towers and preserving our competitive differentiation for Telstra’s mobile business.” The restructuring into the three units is expected to be complete by the end of 2021. The operator is also looking at re-selling renewable energy services to its consumer customers. See this press release for more details on Telstra's restructuring plans and this ABC News report about the renewable energy proposals.

Deutsche Telekom is having a good year, so good in fact that it has raised its financial guidance for 2020 following better than expected performance in the US, where its T-Mobile US operation now includes Sprint, and in Europe. The German giant’s third quarter revenues were up by almost 32% in the third quarter to €26.4 billion, and even without the impact of acquisitions and other changes to the business it still recorded a 2% increase in sales compared with the same period a year ago. As a result, DT is now expecting its full year earnings to be €1 billion higher than previously forecast at €35 billion. “Deutsche Telekom is showing its strengths,” said CEO Tim Höttges (pictured above). “We are raising our guidance thanks to strong business on both sides of the Atlantic. And we are able to do this despite feeling the effects of the pandemic in some areas.” For the full details, see this extensive press release.

Still with DT… It has struck a deal with Nokia to use the vendor’s 7750 Service Router to build a new IP backbone to support its 5G and broadband services, with rollout starting in Greece and Hungary. For more details, see this press release.

BT is setting up a standalone procurement company (dubbed ProcureCo) based in Dublin. The operator says it is “going through a root and branch process to modernise and simplify the way we do business. We want to create a BT that’s easy to do business with, whether you are buying services from us or selling to us. Procurement is a core part of this and will play a major role in helping the Group achieve its £2 billion savings target by 2025 through our modernisation and simplification programme. As part of this modernisation programme, we plan to set up a new procurement company (or a ‘ProcureCo’) which will operate as a standalone entity from the rest of the organisation and radically change our existing procurement capability. In addition, we’ll be simplifying processes and introducing breakthrough AI-powered digital technology, so we’ll truly be best in class,” the operator noted in this announcement.

BT has launched a new suite of SD-WAN services using technology from VMware. For more details, see this press release.

Altice Portugal is so disgusted at the proposed rules for the 5G spectrum auction in Portugal that it has suspended network investments, reports CommsUpdate.

Verizon is now offering 5G Edge services with AWS Wavelength in two new locations – Dallas and Miami – taking the total to seven, with plans to hit 10 locations by the end of 2020. Verizon 5G Edge is “a mobile edge computing (MEC) platform designed to enable developers to build applications for mobile end-users and wireless edge devices with ultra-low latency, extended battery life, massive throughput and more.” The operator noted in this announcement that “several C-V2X [cellular vehicle-to-everything] and V2X innovators” are already using the service.

Chromebooks have turned out to be top performers in the (dare I say it) new normal world as schools and businesses sought ways to scale up their remote client estate quickly and economically. According to research house Canalys, Chromebooks were the best performing client PC product in Q3, as shipments grew 122% to a total of 9.4 million. Detachables (tablets and notebooks) grew 88% and were the second best performing category in personal computing. Desktops and all-in-ones grew 7%, despite an overall desktop market decline of 32%. The Chromebook, you’ll remember, was the product category that Microsoft castigated as being only useful as a door stopper, as it doesn’t run Windows [snort]. Disclaimer: This editor has been using Chromebooks and Chromeboxes since they appeared and swear by them, rather than at them…