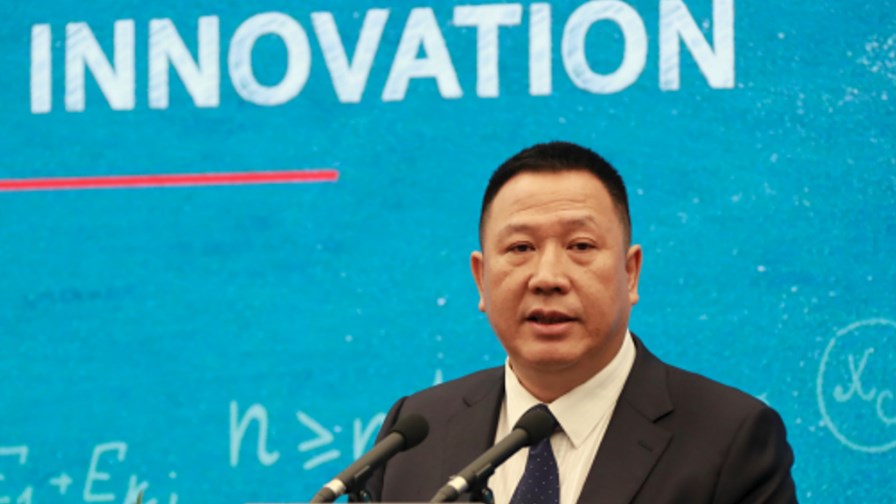 Huawei has moved the war of words with the Trump administration on today by issuing a white paper on innovation and intellectual property and stressing its desire that politics should be kept out of IT.

Up to now Huawei has been countering US accusations over security lapses, Chinese government interference and back doors into telecoms infrastructure with vehement denials, but for the most part has refrained from any detailed rebuttal of accusations of IP theft and allegations that it had coerced non-Chinese companies to offer up their IP in exchange for joint venture access to the Chinese market.

The white paper might be a prelude to moving that part of the debate centre stage.

Speaking at a press conference at the company’s headquarters, Song Liuping, Huawei’s chief legal officer, (above) warned against IP arguments being politicised.

“If politicians use IP as a political tool, they will destroy confidence in the patent protection system. If some governments selectively strip companies of their IP, it will break the foundation of global innovation,” said Song.

Of course Song’s comments could also be taken as a warning that ‘IP stripping’ might be a game that both sides could play, if driven to it.

For the time being though, Huawei wants to play the good guy. The paper - entitled “Respecting and Protecting Intellectual Property: The Foundation of Innovation”  - claims that innovation and intellectual property protection lie at the heart of Huawei’s success over more than 30 years.

The Chinese giant has certainly been cranking out the patents. By the end of 2018, Huawei had been granted 87,805 patents, of which 11,152 are U.S. patents. Since 2015, Huawei has received over 1.4 billion U.S. dollars in licensing revenue.

The paper points out that Huawei has also paid more than 6 billion U.S. dollars in royalties to legally implement the IP of other companies, with nearly 80% of that paid to American companies, according to the document.

“Intellectual property is private property, protected by the law, and disputes should be resolved through legal proceedings,” said Song, claiming that in the past 30 years, no court has ever concluded that Huawei engaged in malicious IP theft, and Huawei has never been required by the court to pay damages for this.

He pointed out that Huawei’s technology breakthroughs are very often incorporated into the open standards that govern 3G, 4G and 5G. As a result, even though some countries do not buy products directly from Huawei, they still use the essential patents of Huawei, and share in the benefits of the technology Huawei creates, said Song.

Song also addressed Huawei’s stance on its use of patents, saying the company will not weaponize its portfolio of patents. Rather, he said, Huawei will adopt an open and cooperative attitude and follow the FRAND principle, or “fair, reasonable, and non-discriminatory,” when engaging with relevant parties in the industry on patents licensing.

The white paper can be downloaded